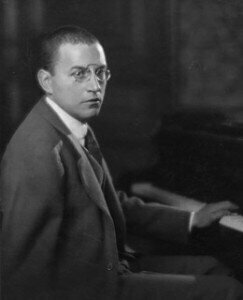 When Ludwig Wittgenstein got word of his brother’s ordeal, he wrote in his diary “frightfully sad business. I keep having to think of poor Paul, who has so suddenly lost his career! How terrible. What philosophy is needed to get over it! If only this can be achieved in any other way than suicide!” During his recovery in a war hospital in Omsk, Siberia, suicide was probably the last thing on Paul’s mind. Tellingly, he drew a charcoal outline of a keyboard on a wooden crate and practiced seven hours a day. And some of the pieces Wittgenstein had committed to memory before the war came from Leopold Godowsky’s arrangements of Chopin etudes published between 1904 and 1914, which included a collection of 22 studies for the left hand alone. 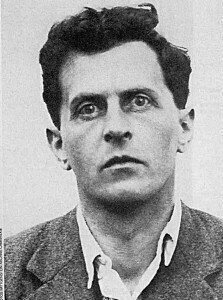 The Vienna-based Godowsky had produced his arrangements not in the name of disability, but described as experiments designed to “further the art of piano playing.” Godowsky wrote, “In writing the twenty two studies for the left hand alone, the author wishes to oppose the generally prevailing idea that the left hand is less responsive to development than the right. If it is possible to assign to the left hand alone the work usually done by both hands simultaneously, what vistas are opened to future composers were this attainment to be extended to both hands?” Almost unanimously, critics and performers consider these studies “the most impossibly difficult things ever written for the piano.” 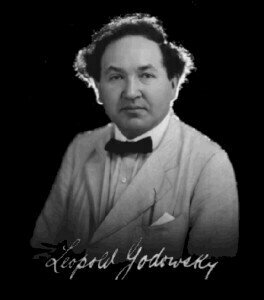 Once Paul Wittgenstein made his way back to Vienna, he quickly played his left-handed concert debut. The feared critic Julius Korngold wrote, “the sounds produced by his left hand do not betray the artist’s melancholy at no longer possessing a right hand, rather they express his triumph at being able to bear his loss so well.” Wittgenstein, above all, did not want to be regarded as an oddity but as a distinguished artist in his own right. Drawing on his family fortune he commissioned the most illustrious composers of his day, and they responded in a variety of ingenious ways. 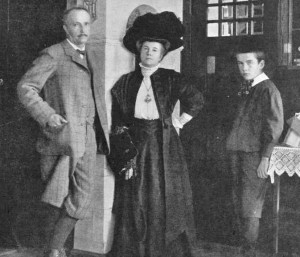 Richard Strauss and Pauline and Franz, 1910

For Richard Strauss, Wittgenstein’s first commission meant an uneasy return to the piano concerto, a genre that he himself had declared obsolete. In the end, the Parergon zur Symphonia Domestica becomes a hybrid genre that reveals a much closer affinity to the tone poem. The lush orchestral sonorities and thematic references to his earlier tone poem are augmented by a solo part that refuses to yield focus in favor of the qualities of the performer. Strauss squarely emphasized musical substance over the technical accomplishments of the performer, the musical whole rather than the pianistic moment, and the collective rather than the individual. 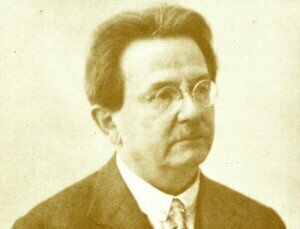 The work was not successful with critics, scholars or performers. The Berlin critic Adolf Weißmann wrote, “It makes no sense to discuss this work, which the composer himself declared to be a mere appendage.” This is especially true because during the last ten years, the number of Strauss appendages has exceeded the permissible. During his tenure as symphonic poet and opera composer, Strauss seemingly has lost the sense of architecture demanded by such pieces. Strauss would eventually write one more hybrid, the Panathenäenzug, Op. 74, for Wittgenstein. But it was Franz Schmidt, who was unabashedly called “the greatest composer of the last 20 years” by the pianist. Wittgenstein’s opinion was not an isolated one, as Gustav Mahler, Alban Berg and Arnold Schoenberg had heaped lavish praise on the esteemed colleague, performing musician, composer, teacher, and educator. On one hand, Wittgenstein was highly comfortable with Schmidt’s musical style and harmonic language that reflected—in a larger sense—Austro-Germany’s musical past. On the other, composer and performer collaborated to produce music that equally balanced musical and thematic processes with aspect of virtuosity. Hardly surprising that Wittgenstein commissioned a total of six compositions from Franz Schmidt, including three dedicated chamber works.