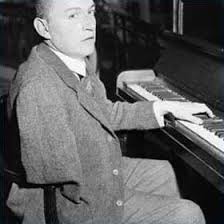 The pianist Paul Wittgenstein tragically lost his right arm in World War I. Nevertheless, Wittgenstein decided to continue his pianistic career by commissioning the leading composers of his day to write dedicated piano works for his left hand. Lured by Wittgenstein’s generous financial terms, composers ranging from Maurice Ravel to Richard Strauss, and from Serge Prokofiev to Benjamin Britten responded to the pianist’s commissions. Wittgenstein considered his commissioned works personal property, and he deliberately prevented other performers from playing his repertoire. After each rehearsal and performance, he personally collected conducting scores and orchestral parts and locked them up in his private archive. On occasion, a pianist would politely ask permission to perform some of the commissioned piano concertos, but Wittgenstein was steadfast—and rather rude—in his refusal. “I must flatly deny your request to perform the piano concertos that have been written for me. It makes absolutely no sense to grant performing rights to the first best pianist who asks for them. You have not commissioned nor paid for them, and so I cannot allow you to perform these works.”

In fact, Wittgenstein did not hesitate to engage legal representation in his effort to prevent these scores from ever reaching the public. Things actually got really interesting when Wittgenstein received modernist music. Serge Prokofiev wrote to Wittgenstein “ I have racked my brain trying to predict what sort of impression my concerto will make upon you as music. Difficult problem! You are a musician of the nineteenth century I am a composer of the 20th.” Wittgenstein’s reply was short and to the point, “Dear Sir, Thank you very much for the concerto. However, I don’t understand a single note and I will not perform it,” and he never did. The same fate fell upon Paul Hindemith’s Piano Music with Orchestra, composed in 1923. Although Hindemith described the work as “simple and completely unproblematic,” it failed to please the pianist. Wittgenstein never played the work in public, and he retained performance rights and refused to release the work. By sheer accident, the manuscript was found among the papers of Wittgenstein’s wife who only died in 2001. It was left to Leon Fleisher and the Berlin Philharmonic to perform the world premiere of this truly “Unsung Concerto.”