In Tune Arts
The Age of the Baroque in Music and the Arts
by Ursula Rehn Wolfman June 10th, 2011 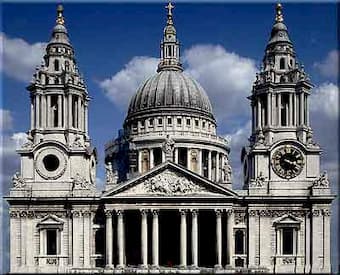 The Baroque period began toward the end of the 16th century, reached into the middle of the 18th century, and is generally seen as the art of the Counter-Reformation. With the Reformation, the Catholic Church had lost a very large number of its believers and needed to reform itself. In 1539, Pope Paul III gave permission to St. Ignatius of Loyola to form the Order of the Society of Jesus (Jesuit Order), and in 1548 approved Loyola’s Spiritual Exercises, which became the basis for the reform in the Catholic Church and which affected all of the arts. 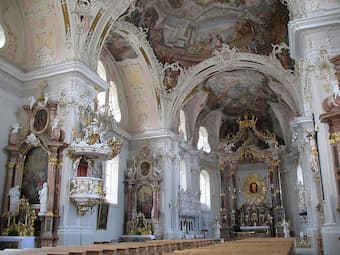 In architecture, the basilica form found a revival, bringing priests and public closer together. The form placed the pulpit within the rotunda rather than separating the priest, choir and altar from the nave and the public. In a similar way, Baroque Period composers changed their relationship to the building and the congregation. 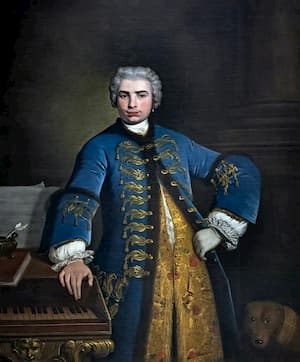 In Baroque music, painting and literature a ‘pathos’ begins to make itself felt, i.e. spiritual and psychic tendencies that disturb the harmonic equilibrium and movement we had seen in Renaissance art are now increasingly contrasted with impassioned excitement and measured circumspection. The inclination was to withdraw from the ‘realism’ of life, seeking mystic enchantment in the life beyond, moving toward the marvelous, the stupendous, and the supernatural. Emphasis was placed on the heroic and the violent, the erotic and the sensuous. Baroque composers took up new themes. The opera scene becomes illusion, as do the painted heavens of Baroque churches. The art of the castrati singers, such as Farinelli, who sing their arias with extreme ornamentation, expressing despair, fury and revenge, compassion and elation, never sung twice the same way, became popular. 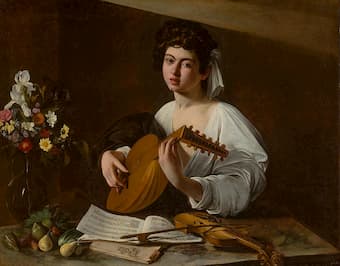 The Lute Player by Caravaggio © Wikipedia

The element of surprise in the performances — soaring trumpets in the theatre-like atmosphere of the heavily decorated Baroque churches, the painted heavens, the contorted, convex and concave movements of painted saints and angels (also repeated in the architectural details of these churches), the ornate vestments of priests, the scented air of incense, the light cascading from the dome — became ‘Jesuit theatre, playing upon and touching all of the senses.’

Baroque painting also uses a different, dynamic concept of light, using a source emanating from outside the painting’s frame, which both revealed and obfuscated the subject, creating both focus and tension in the work — such as the portrait of Rembrandt and Caravaggio, as well as the works of other painters of the period such as Georges de la Tour and Vermeer. 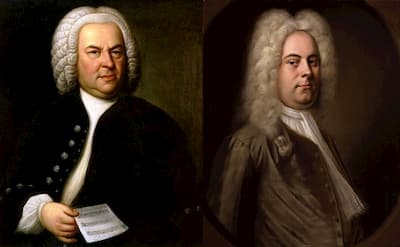 The classical proportions of the Renaissance, the persistence in its own laws, gave way to a disturbance, a disintegration, in the Baroque era. Baroque music, especially in that of the greatest of the era’s composers, Johann Sebastian Bach, the new arts of sonority and color come into being. A polarity of voices develops, where the main importance and tension falls upon the outer voices (soprano and bass: ‘basso ostinato’) with the middle voices filling in. The outer voices provide the framework of the composition and the chord becomes the building stone in its own right, and the ‘basso continuo’ the ‘fundament’. The fusing of such fundamental bass practice with counter-point becomes the foundation for the fugue technique for Bach and Händel. Baroque period composers broke with the past and brought a new emotion to the music.

In conclusion, we can consider the art of the Baroque a ‘Gesamtkunstwerk’ (a complete or self-contained work of art), where opera, theatre, architecture of both buildings and gardens, painting and sculpture represent the final and highly refined crystallization of an aristocratic life style, and the ideology of an absolute monarchy in the sunset of its existence.