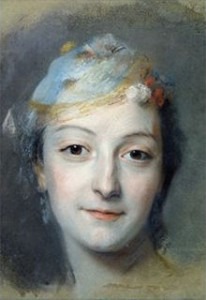 Women in music, either as composer, performers, or inspirational figures, are never celebrated enough. This year’s London Festival of Baroque Music brings those women back to us with their Women in Baroque Music festival, being held from 15-19 May.

Opening this year’s Festival is the Bach Collegium Japan under founder-director Masaaki Suzuki for their first appearance in the UK since 2012, joins forces with Czech soprano Hana Blažíková for an evening of J.S. Bach’s cantatas.

The next concert, performed by Concerto Soave, with María Cristina Kiehr, introduces us to the work of 4 celebrated 17th-century women composers: Barbara Strozzi, Francesca Caccini, Isabella Leonarda and Caterina Assandra.

These four women each were phenomenal composers and musicians. Barbara Strozzi, active in Rome, was a pupil of Francesco Cavalli. She published her first volume of music in 1644 when she was 25 and published an additional 7 volumes of songs. Her music is firmly recognized as “singer’s music” and seems to have been specifically written for the lyrical soprano voice, and it is thought that she sang this music herself at meetings of Italian academies and social occasions.

Strozzi: Arie a voce sola, Op. 8: “Hor che Apollo” (Maria Cristina Kiehr, soprano; Concerto Soave; Jean-Marc Aymes, Conductor)
Francesca Caccini, from Florence, was a composer and singer and the eldest daughter of the composer Giulio Caccini. Recognized as the most prolific woman composer of her time, she was also the first woman known to have composed opera. Her abilities as a singer, teacher and composer were universally commented on as remarkable.

Caccini: Il primo libro delle musiche: “Chi è costei” (Maria Cristina Kiehr, soprano; Concerto Soave; Jean-Marc Aymes, Conductor)
Isabella Leonarda of Novara entered an Ursuline convent at age 16 and remained there for the rest of her life. She was the music instructor for her convent and wrote over 200 compositions in nearly every sacred genre. Her instrumental works from 1693 are apparently the earliest published sonatas by a woman and show advanced harmonic techniques.

Leonarda: Motetti, Op. 6: “Ave suavis dilectio” (Maria Cristina Kiehr, soprano; Concerto Soave; Jean-Marc Aymes, Conductor)
Caterina Assandra came from Pavia and became a nun, probably before she was 20. She had published at least one book of music before entering the convent and continued to compose after taking her vows. Some of her compositional techniques in Duo Seraphim anticipate elements found in Monteverdi’s 1610 Vespers.

Celebrating her 350th anniversary year, Élisabeth Jacquet de La Guerre was a French musician, harpsichordist and composer and known today as one of the few famous women composers of the early 18th century. While still a teenager, she performed for King Louis XIV and was taken into the French court where her education was overseen by Madame de Montespan. French harpsichordist Béatrice Martin has created a programme exploring both her solo harpsichord music and her chamber music, performed with the London-based Bach Players.

Jacquet de La Guerre: Harpsichord Suite No. 1 in D Minor, IV. Courante II (Elizabeth Farr, harpsichord)
One composer who was definitely inspired by women, all of whom remain anonymous, was Antonio Vivaldi, whose work in Venice’s Ospedale della Pietà, a convent, orphanage for girls, and music school, resulted in the dozens of works to be performed by the orphans. Vivaldi worked there for the majority of his career and his music for the Pietà will be performed by the Oxford-based, all-female choir Schola Pietatis Antonio Vivaldi, which specialises in recreating the unusual sound-world of Vivaldi’s sacred music, alongside the internationally renowned Orchestra of the Age of Enlightenment.

The Festival closes with its annual concert in Westminster Abbey, and music written for the woman who inspired more music than any other. This woman who launched a thousand, if not a million compositions, is the Virgin Mary and The Choir of Westminster Abbey is joined by the instrumentalists of St James’s Baroque under conductor James O’Donnell to perform Monteverdi’s Vespers of 1610.

Outreach events include a ‘Late o’clock Baroque’ concert, a lunchtime ‘Future Baroque’ concert, a talk on Women in Baroque Music “From Salon to Stage,” a gallery tour of the Wallace collection, and two public “Sing Baroque” events focusing on the Vivaldi Gloria. The ‘Sing Baroque’ events are directed by Robert Howarth of the Orchestra of the Age of Enlightenment.

For dates, tickets, and a detailed schedule, see here.