Artists Behind the scenes
The Sting of a Bad Review — And Revenge!
by Janet Horvath May 23rd, 2015 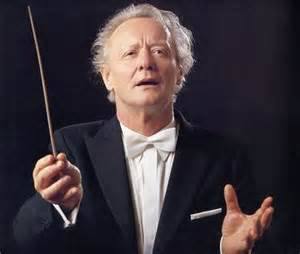 Bad reviews hurt! Why else would we remember Word for Word our first bad review?

When I was a college student, I performed one of my first solos with an orchestra. I had just won the school wide concerto competition and I was chosen to perform Tchaikovsky’s Rococo Variations. It was in a fabulous new concert hall in Ottawa, Canada. The review said, “… nice tone, iffy intonation…a talented but premature exponent of the Rococo Variations for Cello and Orchestra.”

Reviews can be nasty. Some of these are infamous. Perhaps you’ve heard worse? “Often dull and obscure…” wrote Leon Escudier about Bizet’s ever-popular opera Carmen. Regarding Beethoven’s Symphony No. 9, The Harmonicon, an influential monthly journal of music, printed the following review, “… Frightful indeed, which puts the muscles and lungs of the band, and the patience of the audience to a severe trial…”

Famed writer George Bernard Shaw was quoted as saying about the Brahms Requiem, “It is so execrable and ponderously dull…“

Another favorite composer, Rachmaninoff, didn’t escape the vindictive words of Cesar Cui., He wrote “… This music (Rachmaninoff’s Symphony No. 1) leaves an evil impression with it’s broken rhythms, obscurity and vagueness of form, meaningless repetition of the same short tricks…” And fellow Russian, Tchaikovsky?

Between its hundreds of pages The Lexicon of Musical Invective, by Nicolas Slonimsky, first published in 1953, and later revised in 2000, is a collection of brutal outbursts. I suppose it is more entertaining to read a slam than a gushing review. None other than Peter Schickele of P.D.Q. Bach fame wrote the forward to the book:

“It is a widely known fact—or, at least, a widely held belief—that negative criticism is more entertaining to read than enthusiastic endorsement. There is certainly no doubt that many critics write pans with an unbridled gusto that seems to be lacking in their (usually rarer) raves, and these critics often become more famous, or infamous, than their less caustic colleagues.
– From “Dangerous Minds”, Posted by Ron Kretsch

One of our favorite conductors of all time was Klaus Tennstedt our principal guest conductor of the Minnesota Orchestra from 1979 to 1982. We just clicked! Everything we performed with him was magic. He was known for his brilliant interpretations of Mahler symphonies and we played many of those, but we also performed other works including Beethoven and a memorable performance of the New World Symphony of Antonin Dvořák. The interpretation was so deep and riveting that many of us were literally in tears on stage. It was one of those times that we ascended into the spheres making music that transcended boundaries.

Sadly, the reviewer didn’t think so. We were aghast. The headline read:
“Is Klaus Tennstedt Losing His Touch?”

As perhaps you know, the slow movement has a memorable melody for the English horn, which was performed with great heart and soul by our young English horn player now a member of the Philadelphia Orchestra. The reviewer, with stunning ignorance, referred to the famous solo as an oboe solo — indicating to us that this person not only lacked discernment but also of basic knowledge of orchestral music.

Normally one has to take a bad review and swallow it! It’s a matter of taste, preference and perhaps experience of other performances. But here was a case of blatant ignorance.

“As members of the Minnesota orchestra, we wish to express our collective outrage at the criticism written by X. We strongly question the credibility of the XX in engaging a free-lance writer who knows so little about the subject matter. A cursory glance through the program notes would have revealed to X that the solo in the LARGO movement of Dvořák New World Symphony was not an oboe, as X stated, but an English horn…. unable to distinguish a great performance from a bad one….X stated Maestro Tennstedt had “nothing new to say about the New World Symphony…” criticizing the orchestra for including a “Warhorse” on the program that was capable of, “bringing down the house even with a high school orchestra… the last movement seemed to have nothing to say, but said it loudly…”

…The spontaneous ovation from the 2,200-plus members of the audience and the 82 members of the Minnesota Orchestra on the stage …constituted an eloquent testament to the depth of the performance and the profundity of Tennstedt’s interpretation…

The orchestra is forced to compete with the orchestras of Berlin, London, Boston, New York and Philadelphia (to name a few) for his time and talent and it is lamentable that the X prints insulting columns by a writer who not only displays a dearth of simple musical knowledge but also a total lack of critical acumen… Klaus Tennstedt’s knowledge and genius are not in question. However the critical perceptiveness of X and the editorial integrity of XX most certainly are.

The reviewer was fired. Bad reviews may be part of the business but the next time you are rejected, passed on or criticized, remember our sweet revenge!