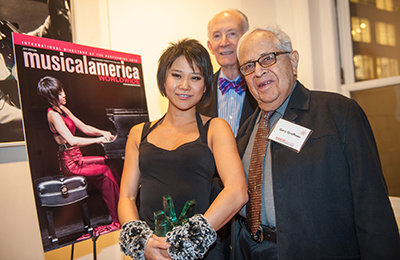 We all know that Yuja Wang was born in Beijing, but she is deliberately vague about her emergence as a prodigy. She always likes to tell interviewers that her mother wanted her to be a dancer, “but that she was lazy and chose the piano because she could sit down.” And she certainly had talent, performing publically by the age of six and always taking away first prize in any competition is entered. They called her a wunderkind, and when she entered the Beijing conservatory at age nine, “all the other kids were looking at me like I was another species in a zoo.” Her teacher at the Central Conservatory of Music in Beijing eventually recommended that she continue her studies at the Curtis Institute of Music in Philadelphia. She had always hoped to study with the eminent pedagogue Claude Frank, but when Yuja arrived for her audition, it was Gary Graffman who took her under his wing. Graffman recalls, “Wang’s technique was impressive, but it was the intelligence and good taste of her interpretations that distinguished her. She was remarkable among remarkable students. She didn’t play like a prodigy. She played like a finished artist.” Mind you, Yuja was only 14 years old at that time! 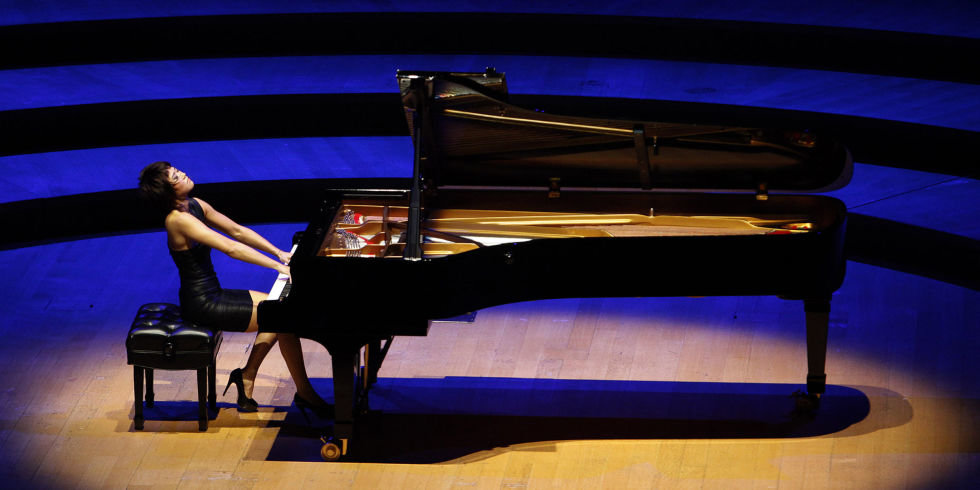 Gary Graffman is not only known for passing on the treasures of a great pianistic tradition, but for opening the minds of his students to the significance of culture in our civilization. Coming as a young girl to Curtis, Yuja was quickly impressed by Graffman’s great knowledge about her own, Chinese culture. “He loves Chinese culture, and he is a big collector of Chinese art. He taught me a lot about Chinese history and culture. Even though he belongs to a very different generation, we had this wonderful relationship.” And she particularly enjoyed his style of teaching. “Artistically he would leave me lots of freedom and just loved it when I found something unexpected in the music. His face would light up and I loved getting that reaction. I ‘worked’ that out, and it inspired me to surprise him again.” Yuja is not shy in asserting, “Without him, my career would be nothing. He inspired me deeply and through him I was connected to the whole of the European classical music culture.”