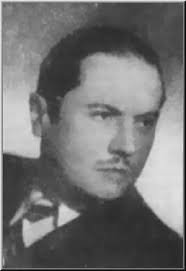 His interpretations of the classics of the 19th and 20th centuries French music were his point of fame, composers such as Gabriel Pierné, Reynaldo Hahn, Vincent d’Indy, Maurice Ravel, and Gabriel Fauré.

His style emphasized clarity and ease of technique that comes through clearly on this 1972 performance of Fauré’s waltz caprices.

And in this recording of Ropartz’ pieces about young girls, he captures the insouciance of the coquette.