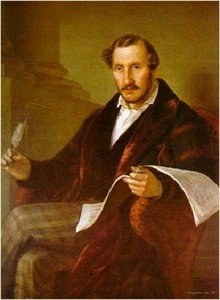 Some of the most celebrated scenes depicting madness of the mind can be found in nineteenth century opera. For example, Italian composer Gaetano Donizetti’s depiction of psychosis in Anna Bolena and Lucia di Lammermoor are still considered to be some of opera’s most powerful and dramatic scenes.

Since Anna Bolena premiered at the Teatro Carcano in Milan on 26 December 1830 to overwhelming success, experts have long questioned whether Donizetti’s realistic depiction of madness was due to his experience with his own neurological battles.

Today, mental illness is often perceived as a problem that requires the attention of medical experts. However, this was not always the case in the eighteenth century, psychosis of the mind was believed to be caused by evil spirits, whereas by the nineteenth century, it was embraced by artists and musicians as a sign of heightened creative imagination.

While scientific research has greatly advanced our knowledge of mental illnesses since then, has our understanding of those who suffer from mental illness advanced? How do these perceptions differ from Chinese and Western culture?

Donizetti and His Battle with Syphilis

Donizetti (1797-1848) is an Italian composer whose works are recognised as fundamental to the bel canto opera style during the first half of the nineteenth century.

He is believed to have died from Syphilis attacking his central nervous system. Up until 1835, Donizetti had complained about fevers, severe headaches, gastrointestinal problems, mental disorientation, neck pain and even personality change.

In his letter to Teodoro Ghezzi he writes, “Melancholy seized me…I have changed in all ways… My nerves are so morose that I fall from bed at night and it seems to me that the bed turns over on top of me. I don’t know if I’m still alive, because I fall head first… as if strangled.”

By 1845, Donizetti’s disease was so serious that he had to turn down lucrative offers to compose. In his letter to his brother-in-law, Antonio Vasselli, Donizetti appeared like the deranged Anne Boleyn in his opera Anna Bolena, shifting back and forth between reality and delirium.

Included in Donizetti’s medical reports were the following descriptions: “Each time that he has devoted himself to composition, it has seemed to him that only one hemisphere has taken part in the conception and that a sort of partition has separated the two halves of his brain…a more and more marked change came over M. Donizetti’s habits, his tastes, his manner of life…not only are his memory and other intellectual faculties marked by lack of capacity and understanding, but also, false, unreasonable ideas have become mixed into the sick man’s reasoning, so that he imagines he is being robbed…”

Syphilis is a sexually-transmitted bacterial infection that can be successfully treated with modern antibiotics. 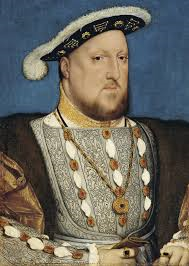 The symptoms of the disease progress through four stages, namely the primary, secondary, latent, and tertiary stages. The primary stage begins with a skin lesion which appears at the point of contact. This is usually a painless, non-itchy skin ulceration. The secondary stage occurs about four to ten weeks after the primary infection, manifesting itself in ways such as through skin eruptions, mucous membranes and enlarged lymph nodes, amongst other symptoms. During the latent stage, which last for many years, the patient is asymptomatic. Finally, the tertiary stage presents itself in serious complications resulting from the disease, with about 2-8% of patients, like Donizetti, who ultimately suffer from serious, central nervous system disease.

Anna Bolena
Sinfonia
Like Donizetti, the character of Anna Bolena’s became known for her unsettling mental state and bizarre behavior. The storyline is inspired by the life of the Queen of England, Anne Boleyn. She is Henry VIII’s second wife, and the story carries some historical basis.

Failing to produce a male heir, Henry VIII soon ordered Anna’s execution so that he could marry another woman, Jane Seymour. The closing scene follows Anna Bolena shifting between her sanity and insanity in the Tower of London, where she is waiting to be beheaded.

The character sometimes speaks with insight and awareness of reality, yet is also clearly haunted by visual and auditory hallucinations. For instance, on the day of her execution, Anna asks the ladies-in-waiting why they are weeping, because she says that this is her “wedding day” and that the king is “waiting for her”. Sixteen years after the success of this opera, Donizetti would find himself in a similarly delirious state, locked up in isolation against his own will in a mental institution in Ivry, France.

A recent study was carried out in 2013 by Yang et al. to investigate whether Chinese people have different attitudes towards mental illness compared to their Euro-American counterparts.

The study found that there is an increased level of stigma and perception of threat against those with mental illness amongst Chinese groups. It is suggested that the threat to family lineage through genetic contamination is one of the main cultural factors affecting Chinese people’s perception of those with mental health conditions. This is because of the cultural inclination that a “full adult” of Chinese ancestry will continue one’s lineage and extend into perpetuity, and there is thus an obligation to produce offspring and cultivate one’s lineage’s reputation.

Another influential factor is that of Confucian traditions, which emphasise self-cultivation and self-restraint. This may explain why Chinese people have a tendency to attribute mental illness to an individual’s lack of cultivation, resulting in blame and anger which lead to stigma. Chinese-Americans were also found to stress the importance of knowing a potential marriage partner’s family history of mental illness more than their European-Americans.

That said, the study was limited to Chinese-Americans living in the United States and do not represent the views of all Chinese communities.

To date, 80% of mental health patients report that they feel discriminated against, with the media often exaggerating their tendencies to commit crime and the threat they pose to society. In reality, patients with mental illness cause less serious harm to others than those caused by normal people, responsible for at most 5% of cases.

Sometimes these perceptions arise because of fear, ignorance or incorrect perceptions of mental health patients portrayed in the media. Many people in the past believed that people with ill mental health were dangerous, when in fact they have a higher risk of hurting themselves rather than others.

While it is easy to judge those with ill mental health through the same lens as we judge normal people, it is important to be aware that many mental conditions occur just like any other diseases and are not self-inflicted. There are also many different types of mental illnesses and the remedies also differ from one to another.

The reason why shifting our attitudes is important is because a positive approach towards mental illness can help patients open up about their condition and seek the right treatment.

Negative attitudes, likewise, can worsen conditions and force these patients down a vicious cycle. The fear and shame associated with being labeled as one with mental illness can cause one to avoid treatment all together. Without help, these problems can adversely affect a patient’s learning, employment and relationship with friends and family, which in turn spiral into problems such as low self-esteem, financial problems, housing issues and poverty.

What is encouraging to note is that recent results from a national study show public attitudes towards mental illness are moving in the right direction. Published by the National Health System Information Centre (UK), the survey revealed that 77% of adults agreed that mental illness is an illness like any other, compared with 71% in 1994. Furthermore, 70% of the 1741 interviewees said that they were comfortable talking to their family and friends about their mental health, compared to 66% in 2009.

People are also fighting against the stigma in new and surprising ways. Canadian David Granirer who long suffered from depression himself, teaches people with mental illness to speak out through comedy.

One of his students, Jessica Dawson, who was suicidal by age 10 and diagnosed with schizophrenia at 22, found herself on stage, telling jokes and getting laughs while talking about the most painful episodes in her life, and no longer buys into the shame that used to plague her younger years.

Graham Thornicroft, Diana Rose and Nisha Mehta. (2010). Discrimination against people with mental illness: What can psychiatrists do? Advances in Psychiatric Treatment, Page 53-59.