“A must for every lover of the romantic cello”

British Cellist Dr. Sophie Webber is not only an internationally accomplished soloist, chamber musician, and educator, she is an artist who believes in the healing power of music. She creates innovative programs to “increase awareness of social issues through new artistic works that integrate music with other media, and amplify those voices too often left unheard.” Webber is the founder and artistic director of Fuse Muse Ensemble. 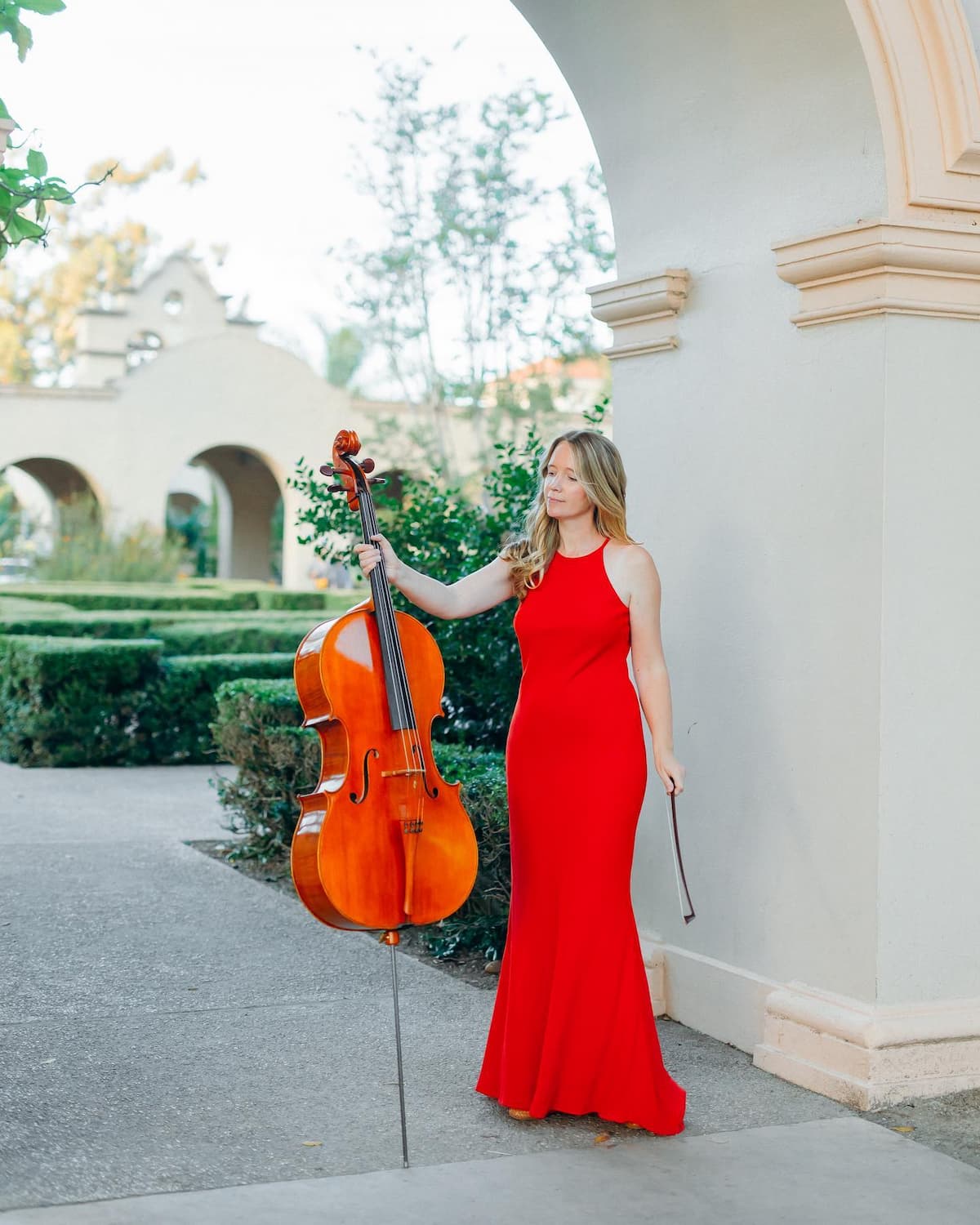 Her new album Roots: Transcriptions of Romantic Works for Cello and Piano with pianist Ines Irawati is being released in November of 2022, in which she features favorite romantic works that are transcriptions—written originally for other instruments. Illuminating the versatility of the cello, she presents music originally composed for voice, for violin, or for clarinet.

Manuel de Falla Suite Populaire Espagnole is a piece that cellists love to perform including yours truly. Originally seven popular Spanish songs it was transcribed for violin or cello. Each movement allows the cellist to show off—pizzicato, harmonics, and melancholy melodies—all with Spanish swirls and flourishes. Ms. Webber and Ms. Irawati effectively portrayed the shrugs of the shoulder, the swishes of skirts, and the toe-stomping rubatos of this work.

Perhaps one of the most well-known violin melodies – Meditation from Thaïs by Jules Massenet lends itself beautifully to the rich, full-throated cello sound. Ms. Webber plays it with panache. On the cello, the sorrowful and dramatic elements of the piece are brought to the fore.

Fantasiestücke Op. 73, a set of three fantasy pieces, was written in 1849 by Robert Schumann and originally intended for clarinet. Each of the movements maintains the song form A-B-A and as miniatures intended for a soiree in someone’s home, Schumann indicated the pieces could also be performed on the violin or cello. The contrast and mood swings one hears are typical of Schumann, but these are more intimate in character and are a lovely addition to the album. 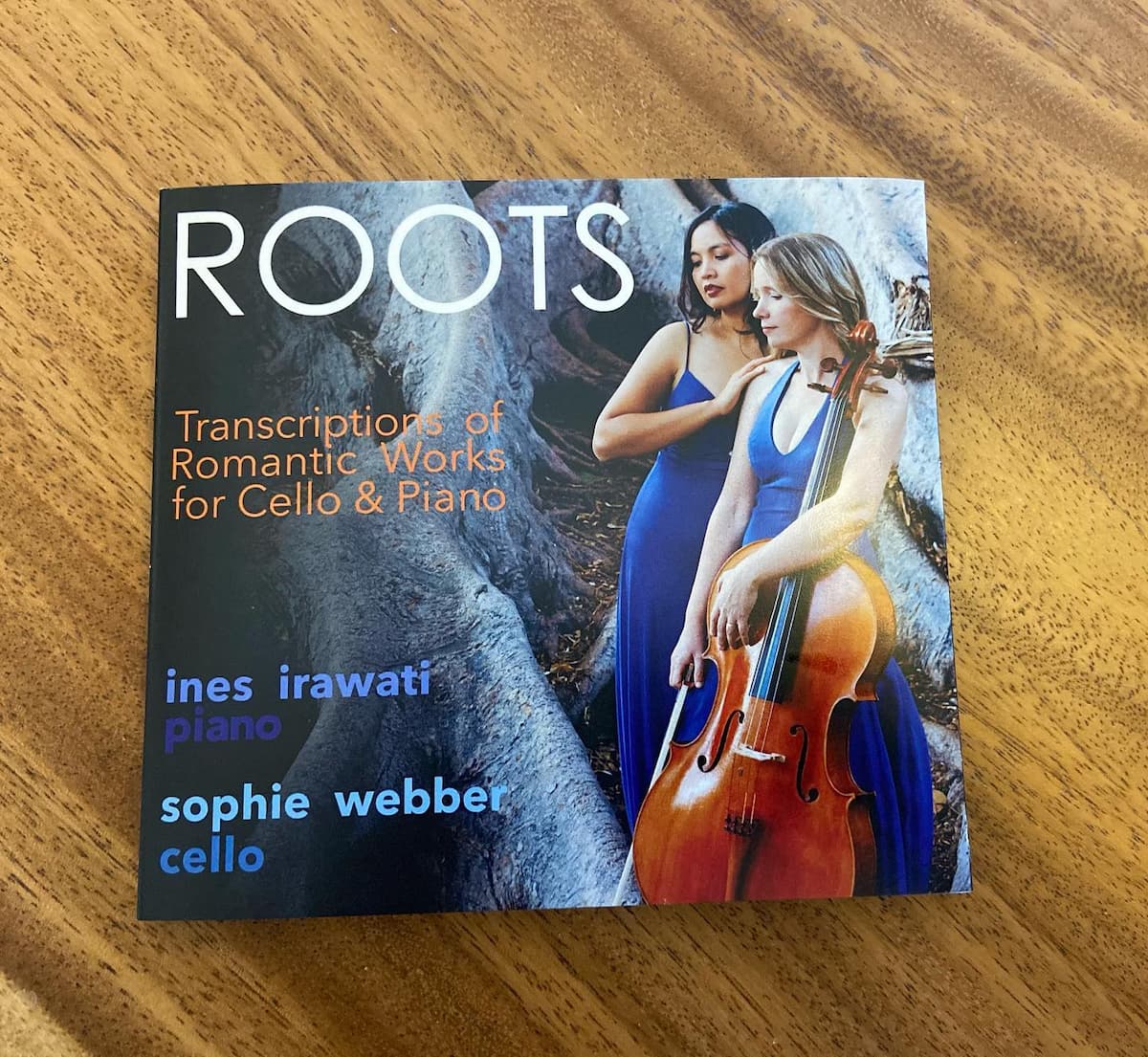 The Franz Liszt transcription of Schumann’s Widmung, S 566 is beautifully played by Irawati solo piano. The dazzling harmonies and flourishes one expects from Liszt, fill out and extend the song. It’s interesting to compare the original to the solo piano version. It’s gorgeous and no wonder Liszt chose to add his stamp to the song.


Gabriel Fauré composed songs throughout his long life. Après un Rêve from his Trois Mélodies Op. 7, No.1 first appeared in print in 1878 and was arranged for cello in 1910 by Pablo Casals. It is a ravishing piece set to the poem by Romain Bussine, a French poet and voice teacher. Awakening from a rapturous “dream of love,” yearning for sleep, the lover cries out, “You called me and I departed the earth…Alas! Alas! Sad awakening from dreams! I call you, O night, give me back your delusions; Return return in radiance, return O mysterious night!”

Aprés un Rêve is a favorite among singers, including pop artists such as Barbara Streisand, and among instrumentalists. In fact, it was played by Sheku Kanneh-Mason at the wedding of Prince Harry and Meghan Markle. The interpretation should be breathless and floating. Perhaps Ms. Webber’s sound could have been more ethereal, the vibrato less full—but nonetheless, it’s an exquisite vignette in contrast to the other meatier works on the album.

Most aficionados of the music of Johannes Brahms are aware that Brahms wrote two sonatas for cello, one in E minor Op. 38 and one in F major Op. 99. The Sonata Op. 78 by Johannes Brahms is for the violin, originally in G major. Even Casals hadn’t heard that Brahms himself wrote an arrangement of this sonata for cello. 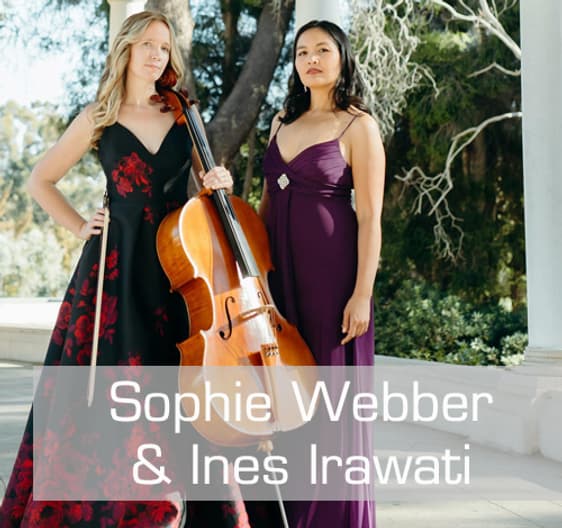 According to Harold C. Schonberg in his 1974 article for the New York Times, the story emerged during a conversation with János Starker. A published edition by the venerable company Simrock of the Sonata in D was discovered by Gottfried Marcus, a professor at the Vienna Conservatory. It was in the conservatory library. Upon further research, Marcus learned that Brahms had arranged the sonata for the eminent cellist Robert Hausmann, and there are accounts of Brahms receiving fees for this edition. Somehow, even after early recordings of the work, it disappeared from the lexicon. Marcus played the piano part in a performance in Vienna and subsequently, the pianist Rudolf Buchbinder sent a copy of the music to Starker. Together they played the American premiere of this Brahms Sonata at the Ravinia Festival, the summer home of the Chicago Symphony, in 1974.

The piece only slightly diverges from the violin version—a few register differences, triple note chords changed to double stops, some filling out of the piano part, and shifting to a more resonant key on the cello. Starker felt that the alterations prove that Brahms himself made them as “nobody would have dared,” to make changes.

It is no wonder that Ms. Webber has chosen to include this work on her album. She herself was a student of Starker.

Sophie Webber’s full, meaty sound lends itself well to this work and with Ines Irawati’s brilliant piano playing, this is a dramatic partnership. The duo adheres to Brahms’ directions and the piece is played without haste, lilting and lovely.

This is a fine addition to the relatively recent recordings of this sonata and the appealing variety of works on the album makes it a must for every lover of the romantic cello.