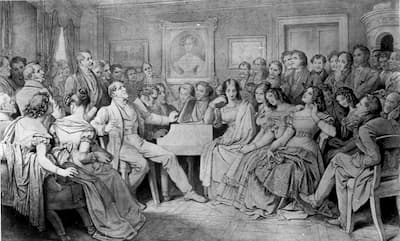 The image is famous – a gathering at Schubert’s house where he’s playing his latest songs – a Schubertiade! We see Schubert at the piano, Johann Michael Vogl sitting next to him singing, and all his friends around. This drawing, in sepia, was made by Moritz von Schwind, and, allegedly, was painted “from memory”. It dates from 1868. 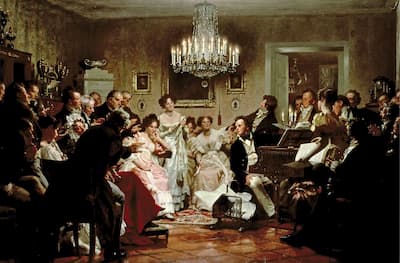 A depiction from 30 years later has raised the stakes and improved the stage immeasurably – the women are in the most fashionable of gowns, the room is so crowded that attendees are to the walls, and no one is recognizable as any of Schubert’s known friends. 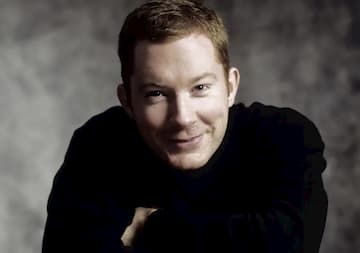 You can participate in your own Schubert evening, live from Wigmore Hall on 6 October when tenor Robin Tritschler and pianist Graham Johnson take the stage with a range of Schubert songs. Spanning a 14-year period of 1812 to 1826, the songs begin with an early setting of Schiller’s ‘Der Jüngling am Bache”, D. 30, which takes the metaphor of throwing flowers into a stream and turns it into a tale of possibly to-be-requited love.


The last work, chronologically, is a setting of Schulze’ “Im Frühling”, Op. 101/1, D. 882, another tale of love. But now we can hear Schubert’s greater mastery of not only the lyrics but also of the accompaniment.


Between these two works lies a world of song, from the agonized “Wandrers Nachtlied”, Op. 4/3, D. 224, where the weary wanderer, driven from place to place, seeks peace, to “Ganymede”, Op. 19/3, D. 544, which mixes the metaphors of eternal love, Roman mythology, and a seemingly Christian ending!


The concert covers songs by some of the greatest German poets, Schiller and Goethe as well as some minor poets: Matthisson, Mayrhofer, and Schulze.

In this setting of Schulze’ “An mein Herz”, D. 860, the song that the poet addresses to his heart (‘Why are you pounding so savagely?’) is matched in the piano’s urgent line.


Each song brings its own world of love and sorrow, joy and pain, and, in the voice of Robin Tritschler and the hands of Graham Johnson, you can attend your own private Schubertiade.