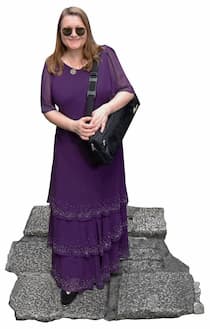 Hong Kong is one of the few cities with not one, not two, but three orchestras: the Hong Kong Philharmonic, The Hong Kong Sinfonietta, and City Chamber Orchestra of Hong Kong (CCOHK). We spoke recently with Leanne Nicholls, founder of CCOHK, and discovered just how Hong Kong’s newest orchestra fits into the musical landscape of the city and what contributions it is making to the orchestral scene. 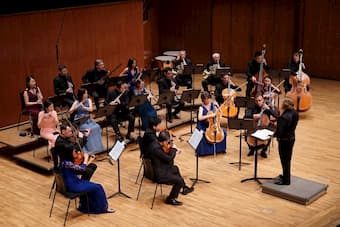 In 1999, coming off 7 years in the Hong Kong Sinfonietta and, prior to that, a short stint with the Hong Kong Philharmonic, oboist Nicholls found a niche and had just the idea for what would fill it: a chamber orchestra. It would fill two different needs: one was for an orchestra that could play repertoire not suitable for the two other large orchestras, such as music from the Baroque and pre-Classical eras, and the other was an ensemble for players who didn’t want to be in the straitjacket of only playing the big works in the standard repertoire. CCOHK, founded in 1999, has filled that niche so beautifully that many of its original members are still in the orchestra over 20 years later. 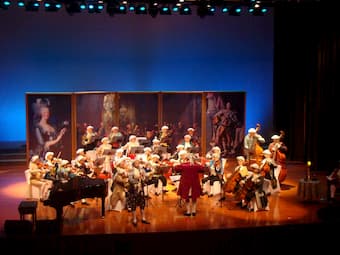 The CCOHK has also found its own niche in becoming the orchestra that best expresses the diversity of Hong Kong itself. This can be seen most clearly on their forthcoming CD on Forgotten Records, Classical Blend. They present music by the most classical of Western composers: Tchaikovsky and from the most French of composers: Fauré, Saint-Saëns and Massenet. After that, we range all over the world from South America, with Argentinian Piazzolla and Brazilian Santoro and, of course, to China with music by Mao Yuan and Ding Fu Xiang. Other modern composers are Bill Connor from England and James Grant from Canada. All in all, 17 different composers from 4 different continents have a place on the recording – and that sounds like a typical Hong Kong crowd. So, in Classical Blend, we have the Hong Kong–normal blend of East and West that makes the city unique.

The 8 soloists on the recording are all founding members of the CCOHK and this recording is a chance to recognize their central roles in creating a new orchestra for Hong Kong.

One exquisite work on the recording is the Romance, op. 36, by Camille Saint-Saëns. Written in 1874 for hornist Jean-Henry Garique, the work is in the form of a da capo aria, with the singing horn’s lyrical theme sounding above all. 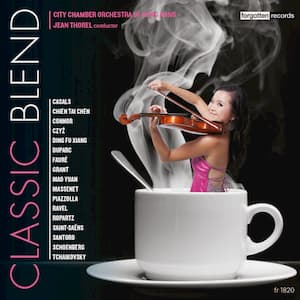 The Fauré Fantasie, on the other hand, is pure French flute. Commissioned in 1898 by Paul Taffanel, founder of the modern French flute school, the work is a virtuoso test piece that was used for the Paris Conservatoire exams.

Although originally composed for flute and piano, the work’s orchestral arrangement made in 1986 by distinguished Israeli conductor Yoav Talmi, brings the flute to the larger concert stage and lets the sound of the orchestra augment Fauré’s original idea.

These two works give you an idea of the CCOHK sound – delicate and knowledgeable. The chamber orchestra permits the soloists to emerge without the sometimes-embarrassing volume fight between soloist and orchestra. Tchaikovsky’s Allegro was composed around 1863 when he was still a student in Anton Rubinstein’s class at the St. Petersburg Conservatory.

Massenet’s Valse très lente, written in 1901, was originally a piano work that was orchestrated in 1974 as part of a ballet suite on Massenet’s works. This isn’t the brilliant swirling waltz we know from Vienna, but the slower American style that was popular at the turn of the century. A waltz at this speed was one of the reasons that the dance was held in such suspicion by the chaperones at the turn of the century! It’s a beautiful small piece, very introspective and intimate.

One of the wonderful gifts of this album, in addition to the beautiful sound of CCOHK, is the presentation of so many miniatures for small orchestra: The longest work is under 7 minutes and the shortest under 2 minutes. These are works that are designed to be little jewels, little bonbons that give you a taste of a place, of a time, of an emotion, and vanish, leaving you pensive.

City Chamber Orchestra of Hong Kong has brought a new idea of orchestral music to live in Hong Kong and, through its commissions and discoveries, brings a broader repertoire of musical styles to the concert stage.