Somewhere in the world right now, as I write, a pianist is performing or recording the Beethoven Piano Sonatas, maybe just a select handful of them, maybe all 32 in a crazy, Herculean marathon of music and emotion. At London’s Wigmore Hall alone, the past three years have seen cycles by Igor Levit, Llyr Williams and Jonathan Biss (currently). In autumn 2019, Igor Levit released his recording of the complete sonatas; Jonathan Biss will release his final Beethoven CD this year, the conclusion of his personal vision of these sonatas. These are just a select few of the many pianists who feel compelled to perform and record “the 32”, the most comprehensive single body of Beethoven’s output. 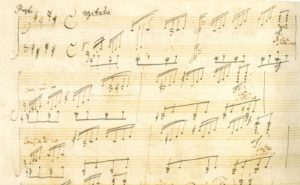 Each generation brings a fresh crop of pianists willing to rise to the challenge of this music, from the pre-war recordings by Arthur Schnabel, with their fistfuls of wrong notes, which can give comfort to the keen amateur, to those of Wilhelm Kempff, Friedrich Gulda, Daniel Barenboim, Alfred Brendel, Vladimir Ashkenazy, Maurizio Pollini, Steven Kovacevich, Andras Schiff, Ronald Brautigam (on period instruments), Jean-Efflam Bavouzet, Paul Lewis, Igor Levit…. the list of illustrious names goes on and on. (As a teenager, my prized possessions, along with a three-volume crimson clothbound edition of the complete sonatas, were my LPs of British pianist John Lill playing these sonatas.)

The compulsion to play and record this music, combined with, more often than not, a fair degree of reverence, is very much alive and well. Yet today it seems a curious, almost anachronistic act, which harks back to the sort of enforced serious music appreciation of the latter part of the nineteenth century, and something which would have probably amused and surprised Beethoven, since hardly a single movement of his sonatas was performed to a paying audience in the concert format as we understand it today. Felix Mendelssohn performed the entire ‘Moonlight’ Sonata in a public concert in the 1830s, and Franz Liszt, the greatest pianist of his age, played the supposedly unplayable ‘Hammerklavier’ for an invited audience in Paris, but he only played two of the sonata’s four movements when he next performed it, perhaps concluding that the audience did not wish to sit through the entire work! 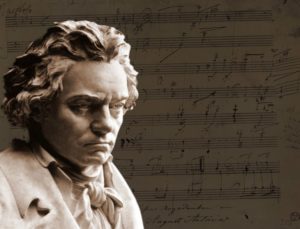 The pianist and conductor Hans von Bülow was the first to perform Beethoven’s piano sonatas in a single concert (the last five in 1878), declaring that “Berlin must have sunk very low if it cannot listen to my reading of Beethoven’s complete testament”. It was von Bülow who called the 32 Piano Sonatas the “New Testament” of the piano repertoire, thereby setting works, which were originally mostly composed for private study and domestic performance, on a high pedestal of veneration. Von Bülow often used religious rhetoric in relation to music, and his concerts were serious, didactic affairs, proclamations of “musical gospel” to the “congregation” of the audience. This created a quasi-religious veneration of Beethoven’s music, and specifically the 32, and this aura of reverence around the piano sonatas remains today.

Initially hard to sell, by the late 1880s von Bülow had launched and was touring with a four-concert Beethoven cycle. In the 1920s and early 1930s, Artur Schnabel was performing sonata cycles in Europe and the US, and in 1932 HMV launched the Beethoven Sonata Society through which subscribers could purchase Artur Schnabel’s recordings of the piano sonatas. He was the first pianist to record the complete sonatas, a monumental feat in itself given the limitations of the technology at the time. Schnabel was one of the pre-eminent Beethoven interpreters on record, and his performances remain highly prized for their simplicity of approach and his anti-virtuoso nature, which reveal the essence of this music. The critic Harold Schonberg called Schnabel “The Man Who Invented Beethoven”, and his recordings and performances brought the piano sonatas to a wider audience at a time when they were not that well-known or admired. It was Schnabel who also described this music as “better than can be played”, thus contributing to the cult, almost mythic status of the 32. 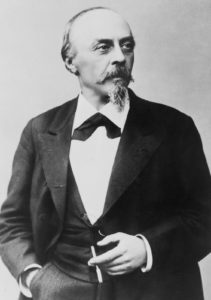 Today, this music continues to enjoy an elevated stature which goes far beyond the notes on the score, and despite some relaxation in the rituals and etiquette of classical concerts, the 32 are regularly presented in an atmosphere of awed reverence. Any pianist who takes on this colossal challenge enjoys special respect: not only is this music physically and psychologically demanding, but the hand of history, tradition and expectation weighs heavily upon their shoulder.

There’s something seductive about this process of really going to your limit with this music.
Jonathan Biss

For the completest – both performer and listener – the 32 provide a significant opportunity to explore their composer’s output across three distinct periods of his career and to be immersed in repertoire on a grand scale (the complete cycle comes in at around 11 hours of music – one or two pianists have performed all 32 sonatas in a single day, a feat of stamina and perhaps a performance stunt too…. it’s more usual to hear a complete cycle over the course of 8 concerts). For any pianist embarking on this great journey, the experience is fascinating, frustrating, uplifting, intense and absorbing. This is music which places one face to face not only with Beethoven’s genius but also the sheer force of his personality. He’s stubborn, explosive, intimate, witty, rhetorical, angry, forbidding, despairing, joyful, his humanity evident in every phrase, his innermost feelings expressed with a startling lucidity. It is this, amongst other things, which makes his music so remarkable, inspiring and shocking. It is this too which allows so many pianists to bring their personality to this music, presenting his emotions through the prism of their own life experience and bringing a fresh perspective on this music every time it is performed or recorded.

He’s also incredibly precise in his writing and every marking and direction must be understood in its context: why, for example, does he differentiate between different kinds of staccato, or place a crescendo over a single note (a physical impossibility for the pianist!)? Yet he also leaves plenty open to one’s own interpretation and personal vision. In this respect, his music embodies the maxim “through discipline comes freedom”: it demands a laser-like focus and total abandon.

Beethoven never wants us to be in any doubt about what he is saying. Even when he asks the pianist to create an illusion……….the intention behind the sound, and the message it conveys, remains clear.
Paul Lewis, pianist


Playing the 32, your ego is constantly being tested because this is music which is bigger than you are. To meet a Beethoven sonata head-on, it stops being about you, how fast you can play, how technically accomplished you are. It is about getting beyond yourself, becoming ego-less, humble before the greatness of the music, trying to get so far under the composer’s skin that Beethoven’s ideas became your own. As one layer is uncovered, so another presents itself; the summit of this music is always just out of reach. There is no sense of a final arrival, an end to the journey with this music, and this is what makes it so endlessly fascinating for players and audiences alike.

These sonatas speak of fundamentals: the meaning of life and shared values. And so when sharing the music with others, you are debating, with the audience, what it means to be alive, to be human – those basic philosophical questions of Beethoven’s time which remain with us today. With Beethoven there is always a life beyond the mundane and the whole universe could be contained in a single sonata.

whatever your connection with these works, their infinite scope will never fail to reward, overwhelm and inspire
Paul Lewis