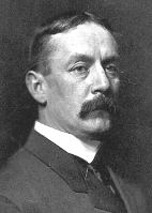 In the United States, Charles Ives is revered as a cultural messiah who provided musical identity to a country desperately searching for a classical musical tradition of its own. Ives went to school at Yale University, and among others, studied with Horatio William Parker (1863-1919). Ives later recalled, “I went to New Haven and took the courses with Professor Horatio Parker. Parker was a composer and widely known, and my father was not a composer and little known — but from every standpoint I should say that my father was the greater man.” And Ives continued, “Parker was a good technician, but apparently willing to be limited by what Rheinberger and the German tradition had taught him.” We all understand that academic life can be challenging, or even disappointing. But given the downright tepid endorsement of his mentor, we really should ask who this Horatio Parker actually was?

Horatio Parker: Suite for Piano Trio, Op. 35
Believe it or not, during his lifetime Parker was considered to be the finest composer in the United States. He was widely known for his church music — including various works for organ and for chorus and orchestra — but he also wrote two operas, a symphony, a number of songs and piano pieces as well as incidental and chamber music. Parker hailed from Auburndale, Massachusetts, and studied music with the composer George Whitefield Chadwick in Boston. Eventually, Chadwick and Parker, together with Amy Beach, Arthur Foote and Edward MacDowell would come to represent the so-called “New England School of American composers.” As was customary with buddying American composers, Parker went to Europe in order to refine his musical craft. On the recommendations of his teacher, he ended up in Munich and studied with Josef Rheinberger, Royal Professor of organ and composition at the Munich Conservatory.

During his three-year stay from 1882-1885, Parker composed a symphony and a dramatic cantata. Once Parker returned to the United States in 1885, he held various church and organist positions before being appointed professor of music theory at Yale University in 1893. In that very year, inspired by the recent deaths of his infant son and his father, Parker composed his most popular, and according to some critics, his best work. Hora Novissima (The Last Hour) is a dramatic oratorio based on the 12th-century poem De Contemptu Mundi (Scorn for the World) by the medieval monk Bernard of Cluny. 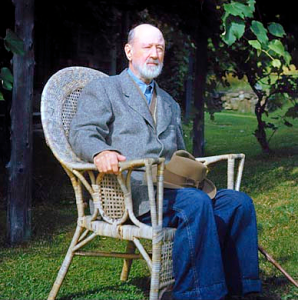 Reflecting on Christian heritage, Parker’s setting utilizes the full symphony orchestra, a large chorus and a number of soloists. The Boston critic Philip Hale wrote, “A future historian will point back to a young man who appeared with a choral work of long breath that showed not only a mastery of the technique of composition, but spontaneous, flowing, and warmly colored melody, a keen sense of values in rhythm and in instrumentation, and the imagination of the born, inspired poet.” The work was widely performed in America, and also appeared on various festival stages in England. As a teacher, Parker had a reputation for being a brusque and sarcastic pedagogue. Yet, he was also described as “a man of ideals, a strong proponent of individualism, duty, sacrifice, and service.” His compositional style — squarely based on the German romantic tradition — did not sit well with his more progressive students Charles Ives and Roger Sessions. In a defiant response to their criticism, Parker’s music became even more traditional in later years. He continued to compose large choral works, and in 1910 turned his attention to opera. Mona was premiered in 1912, and followed by Fairyland in 1914, but neither work was able to gain a foothold in the repertory.