Familiar to performers, piano students and audiences alike, Mozart’s Fantasy in D minor is one of his most popular and much-loved works, and it offers intriguing insights not only into his piano music but also his compositional output in general. In the space of just a handful of pages there are operatic arias and recitatives, cadenzas and string quartet textures. The work is also interesting because it was left unfinished: published after Mozart’s death, the date of composition is thought to be 1782, but Mozart never completed the piece and it is unclear whether he intended to add to the work or attach it to a Sonata or Fugue. Various completions have been attempted. In its first edition, the fantasy ends at bar 97, while in Breitkopf and Hartel’s 1806 edition, ten bars in joyful D major were added after bar 97. This version has been republished in practically every edition of the Fantasy since then, and also appears in the vast majority of recordings to date. Mitsuko Uchida offers an alternative ending by returning to D minor and the arpeggiated chords of the beginning. 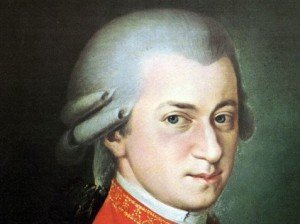 Artur Schnabel’s famous quote about Mozart’s piano sonatas “too easy for children, and too difficult for artists” is equally applicable to this Fantasy: the notes themselves are not that challenging (the cadenzas, for example, are just scale or arpeggio passages, and recurring motifs make the learning process less arduous), but the character and breadth of expression of the work, with its abrupt shifts of emotion, soulful melodies and febrile articulations and modulations, make it a challenge for any pianist, artist or child. As a result, it is also an incredibly rewarding piece to study and play.

The piece is scored in D minor, the same key as Don Giovanni and the Requiem, and this is significant. Mozart wrote relatively few works in minor keys – only two symphonies, two piano concertos and two piano sonatas are in minor keys. His shorter works for piano in minor keys – the great C minor Fantasy K475 (of which the D minor Fantasy is a forerunner), the Rondo in A minor K411 and the B minor Adagio K 540 – all share a very concentrated emotional landscape, freighted with tragedy, and are amongst the most personal, introspective pieces Mozart wrote. D minor for Mozart seems to be a key of the utmost drama and the opening section of the D minor Fantasy has a mysterious, brooding melancholy – a series of darkly-hued arpeggios leading to a dramatic fermata.

The emotional heart of the piece begins at bar 12. Marked Adagio, this section is characterised by a simple, plaintive melody with sighing appoggiaturas and a chordal accompaniment. This is interrupted by a dramatic statement from bar 20 (recurring, modulated, at bar 35) with darkly descending chromatic octaves in the left hand. This is followed by a passage of great anxiety, the use of precise articulation and rests creating the sense of short, nervous breaths. It is seemingly unfinished, ending at the fermata at bar 28 before the return of the original melody, now in A minor. This section also ends on a suspension before dissolving into a dramatic cadenza-like figuration. The same elements recur before the piece finally resolves into cheerful D major (said to be Mozart’s “happiest key”) and a simple Allegretto melody with an accompaniment drawn from string quartet textures. In most editions (including my own), the piece ends with the additional 10 bars which appear in the 1804 Breitkopf and Hartel edition, probably composed by August Eberhard Müller. At this point, the work feels firmly rooted in the classical style (and indeed the entire fantasy owes its inspiration to the early classical-era fantasias of C P E Bach, with which Mozart was very familiar). However, the alternative ending suggested by Mitsuko Uchida, with a return to the atmospheric arpeggios of the opening and the drama of D minor, brings a wholly different character to the work and looks forward to the early nineteenth-century romanticism of Schubert and Chopin (who greatly admired Mozart).