Music has directed me since the age of five. As a composer, if I am not pulled towards music it always finds me. No matter what music I hear, I discover something in it that moves me or makes me think, yeah, I can do that, or I understand what’s going on here. However, the more music I encounter in this digital world, sometimes I think, is that just noise?

When I was in my teens, I remember my father telling me to turn my piano down when I was practising. My smart mouth reply was always, it doesn’t have a volume control. Of course, this was the pre-digital piano days.

I know that my father thought my practising was noise to him. At least it interfered with his reading and TV watching, as it probably still does in homes today. That said, even as a music maker with a deep love of all things musical, some music can sound like noise to me. 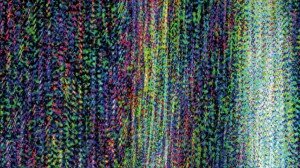 Why I think that some music is just noise I put down to the sounds being overly loud or excessively repetitive. Or it is inappropriate music heard at the wrong time. Years ago, I lived in a busy part of a big city. And it was fairly common that on a weekend there would be people on their way home from a good night out singing with joyful exuberance. Usually, I am in favour of such outbursts of human spontaneity, but at three in the morning, it can be heard as bloody annoying noise.

As one of the many people who is bombarded with thumping music when in shopping centres, I definitely think that some music is just noise. I find it drives me away from shops that pump out repetitive music at volumes where you have to yell at a salesperson to find out about a product.

How many noisy restaurants and cafes are there in the world? Most of them I’d say. Food is a pleasure almost equal to music, but do the two combine? Yes, they do, but music only at moderate levels and certain types of music. But maybe, Thrash Metal will work with some throat burning super spicy food. At least it might take your mind off the sweating or the pain you are in while eating.

Another category of music that might be described as noise is the plastic copies of popular songs that crop up from time to time. You know, the cliché-ridden music that you’ve heard a thousand times that melts like ice in the sun. This applies to classical music as well. Pachelbel’s Cannon has become a cliché through its overuse from weddings to funerals and everything in between. Through its constant playing and the millions of versions produced, they have turned this beautiful piece into noise for me.

Some people experience all music as noise due to their sensitivity to sound at any level. Or it could be a cultural response for people having the view that particular styles of music are heard as noise. How humans hear and understand music varies depending on where you live, your education and what you have been exposed to.

I find I can listen to any style of music, but maybe only once for some pieces. And, it’s interesting to note that some people prefer dissonant over consonant tones. For me, it’s not the construction of music that turns me off or on, it’s how the music makes me feel. I have heard white noise that I find pleasant. And I’ve heard classical music that I instantly turn off when it comes on the radio. My association with the sounds that I describe as noise is probably the key reason I do or do not like particular pieces of music.

The avant-garde synth-pop group formed in the early 1980s The Art of Noise combined what they thought people might describe as noise into music. They sampled drum riffs, orchestral hits and other sounds then sequenced them together to make original music that is still popular today. So they have shown how noise and music can combine to create something special. Noise by itself does not make music. However, what is noise to one person can be music to another. Just play your favourite song loudly at three in the morning, your neighbours will let you know what they think your music sounds like.