In Tune Society
Outspoken Performances: Politics on and off the Stage
by Georg Predota August 17th, 2020 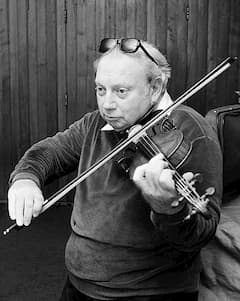 While it has been fashionable to separate the art from the artist—just think of Caravaggio, Woody Allen, Benjamin Britten, Richard Wagner and countless others—music and politics have always been intricately connected and entwined. As the great Isaac Stern famously said, “Artistic life can never be divorced from political life.” 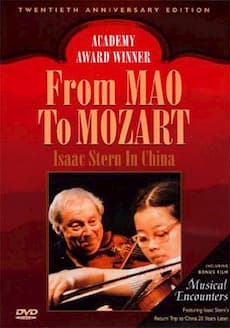 Documentary From Mao to Mozart: Isaac Stern in China

Stern was not only a superlative musician and one of the greatest violinists of the 20th century, he was also “the consummate humanitarian and passionately involved in global and local causes.” He became a musical ambassador around the word, including his groundbreaking trips to China after the Cultural Revolution and to the Soviet Union. Stern explained, “I have the ability to stir crowds not only with music,” he said, “but also with words; I possessed an instinctive ability to navigate with some skill the tricky waters of politics and power.” A campaigner for civil rights and a devoted supporter of Israel, Stern vowed to never perform on stage in Germany. “I am engaging in a dialogue… as if I’m making love to the audience… My visceral memories of that dreadful, inhuman Nazi period make it impossible for me to talk to and make love to audiences of Germans.” Stern did step on German soil for nine days to teach young German musicians in 1999, but he still refused to appear on a concert platform. 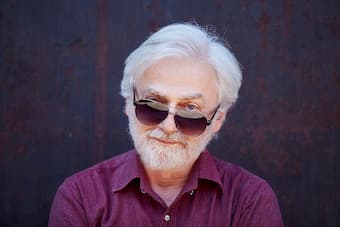 The incomparable Polish pianist Krystian Zimerman is usually a man of few words. He doesn’t talk to audiences and rarely plays encores. He generally stays as far away from the press as possible, and I am pretty sure that he doesn’t have a twitter account. So it came as a shock to the audience in Los Angeles Disney Hall, when he bellowed during his recital, “Get your hands off my country.” The audience was stunned; some people cheered, other yelled at him to shut up and keep playing, while some walked out shouting obscenities. Zimerman responded, “Yes, some people when they hear the world military start marching.” Zimerman had been upset by President Obama’s decision to install a missile-defense shield in Poland and the Czech Republic. This led to accusations in Poland that the US wanted to mount a military occupation of their country, fearing that shield would make them a target of Russian aggression. According to Zimerman, “I can’t in good conscience play to an audience in a country whose political leaders I disagree with, without making some kind of stand. My performances only speak to listeners who clearly understand where I am coming from.” Already in 2006 Zimerman had publically denounced the American prison at Guantanamo Bay, and he was decidedly unhappy that customs officials at JFK airport in New York destroyed his piano because they thought the glue smelled funny. 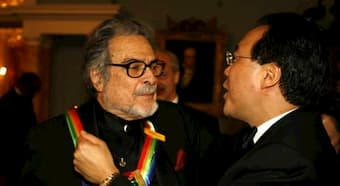 When Leon Fleisher was awarded the Kennedy Center honors in 2007, he was uncertain about accepting the honor under a political administration he did not support. He wrote an open letter to The Washington Post, protesting the Bush White House policies. In his letter “My White House Dilemma,” 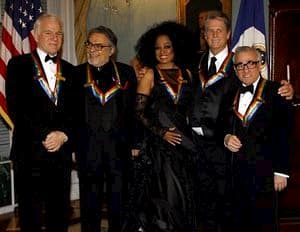 Fleisher wrote, “while I profoundly respect the presidency, I am horrified by many of President Bush’s policies. In the past seven years, Bush administration policies have amounted to a systematic shredding of our nation’s Constitution—the illegal war in Iraq it initiated and perpetuates; the torturing of prisoners; the espousing of “values” that include a careful defense of the “rights” of embryos but show a profligate disregard for the lives of flesh-and-blood human beings; and the flagrant dismantling of environmental protections. These, among many other depressing policies, have left us weak and shamed at home and in the world. Turning a blind eye to the political undercurrents of the event dismantles the very force of art in this country that the honors celebrate: the freedom, nay, the obligation to express oneself honestly and without fear. Ultimately, there is no greater honor than that freedom.” Unwilling to embarrass the other honorees and not wanting to disappoint his family, Fleisher opted out of the private pre-Honors reception with George and Laura Bush, but he ended up attending the public reception wearing a peace symbol and a purple ribbon. 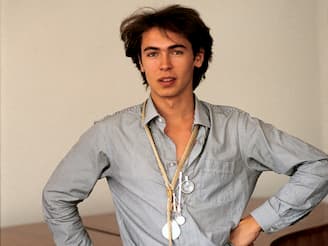 For over a quarter of a century, pianist Ivo Pogorelich steadfastly refused to perform in Poland. The reason for Pogorelich’s extended grudge originated during his participation at the anniversary 10th edition of the Chopin competition. He entered the competition in 1980 as a young pianist, and was quickly labeled arrogant “for his unusual attire, chewing gum in public and during interviews, and for his demonic playing.” Louis Kentner, a laureate from the 1932 Chopin Competition, resigned after the first round, explaining to the chair of the jury “if people like Pogorelich make it to the second stage, I cannot participate in the work of the jury.” What followed was a thrilling performance of the B-flat minor Chopin sonata by Pogorelich. A critic wrote, “His playing was at least as eccentric as his image. Dynamic contrasts pushed to the boundaries, vehement shifting of the tempos and huge exultation combined with hitting the wrong notes too often and occasionally missing important details.” The audience was ecstatic, but the jury was not impressed and Pogorelich was eliminated from the competition before the final stage. And when Martha Argerich, proclaimed Pogorelich a genius, quit the jury in an unprecedented act of protest, the controversy got properly started. Pogorelich subsequently told the press that the contest had been fixed. “The Soviet Bloc authorities had decided months before the competition that it was politically necessary to have a North Vietnamese winner… My decision to participate was not at all welcome. I was told I should wait a year, for the Tchaikovsky competition, when I would have the first prize guaranteed.” For Pogorelich, being thrown out of a contest for political reasons was the beginning of a distinguished career, as for music competitions, cellist Julian Lloyd Webber openly declared, “Almost all music competitions are corrupt and exist only as a way for teachers to promote their own students.” How little things have changed.