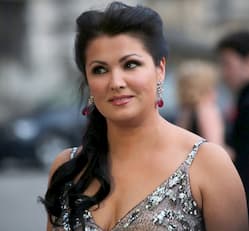 Anna Netrebko, one of today’s best-known sopranos has never shied away from speaking her mind. When she was asked about allegations of sexual assault against high profile conductors, including James Levine and Charles Dutoit, she publically stated “Any of this sexual bullsh*t, we don’t have it. I’m sorry, and I think it’s total sh*t. But if you don’t want, nobody will ever force you to do anything, never. If you did it, it means that you allowed that. In our profession” she added, “it’s also absolutely not possible because if you are not talented nobody will help you. You have to have a talent, you have to have a voice, you have to be somebody.” Her doubts about reports of sexual assault in the classical music industry predictably elicited some strong pushback. Netrebko, however, is not backing away but sought to clarify her comments. “Let me be clear; no victim of sexual assault is ever to blame. While in my career I have never experienced what I’d call harassment, which is what I was referring to, I know it exists in every industry, including opera.” A close friend of Russian president Putin, Netrebko also made headlines for donating 1 million rubles to Oleg Tsarov, a separatist leader in eastern Ukraine wanted by the Ukrainian government on charges of terrorism. He was also sanctioned by the European Union for calling for the creation of the Federal State of Novorossiya, known as “New Russia.” 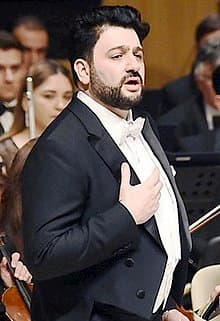 We all know that superstar soprano Anna Netrebko is married to dramatic tenor Yusif Eyvazov. He was born in Algiers, Algeria, but grew up in Baku, the capital of Azerbaijan. Politics apparently run deep in the Netrebko/Eyvazov family, as he reportedly forced organizers of an event in Dresden to fire the Armenian soprano Ruzan Mantashyan. Mantashyan was invited to perform at The Semper Opera Ball, scheduled to sing a duet with an American tenor, who was unable to perform. As a result, the opera house replaced the American tenor with Eyvazov. Initially, Eyvazo was very happy to perform until he learned that he was paired with a soprano from Armenia. After realizing Mantashyan’s ethnicity, Eyvazov refused to partake in the performance. Instead, he demanded she be fired from the program altogether. As a result of his outburst, the Dresden organizers rescinded Mantashyan’s invitation, in order to retain Eyvazov. Relations between Armenia and Azerbaijan have been difficult, to say the least. The two countries do not enjoy diplomatic relations, and as recently as July 2020, military clashes have killed 11 Azerbaijanis and 4 Armenian soldiers. The “Nagorno-Karabakh Conflict” is an ethnic and territorial conflict over the region of Nagorno-Karabakh and seven surrounding districts. This area has become the self-declared Republic of Artsakh, but it is internationally recognized as part of Azerbaijan. We don’t know exactly what actually happened in Dresden, but the organizers blame it on a misunderstanding in communications. 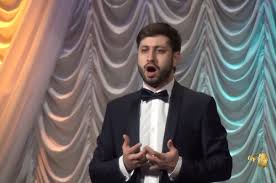 The Caucasus is one of the most important historical, cultural and ethnographical regions of the world. In the wake of the implosion of the former Soviet Union, the area was divided into the Northern Caucasus—essentially part of the Russian Federation—and the Southern Caucasus, comprising of the independent republics of Azerbaijan, Armenia and Georgia. But things are hardly that simple, as simmering ethnic tensions have fueled a number of wars and armed conflicts. When opera singer Giorgi Todua, a Georgian with Russian citizenship performed at a concert for the Georgian community in Abkhazia, he created a political scandal after he expressed strong opposition to Abkhazia’s separatist government. You see, Russia and others recognize Abkhazia as a state under Russian control while Georgia, which lacks control of the polity, considers it part of Georgia—with the backing of most members of the United Nations. Giorgi Todua explained about his concert appearance, “Before I came, I had some conditions—this was an arrival to my homeland, a homecoming, and not to the Republic of Abkhazia,” he said. “I don’t know any of the authorities in Abkhazia, and I had no interest in meeting them. I try not to speak with them.” Todua was quickly branded a “provocateur, having decided to exchange his family honor for politics. Next time Mr. Todua wants to come to Abkhazia he will first have to sing the Anthem of Abkhazia and read the first article of the Constitution of the Republic.” 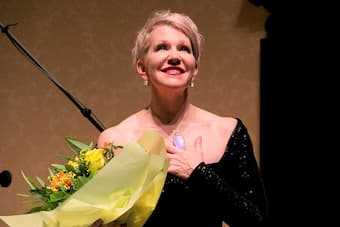 Although the political correctness and language police is scouring the Internet for anything that might potentially offend humans, animals, plants and all manner of rocks and stones, a good many artists have not shied away from expressing political views or making social commentaries. While we might not agree with Netrebko, Eyvazov or Todua, at least they have an opinion not formulated by social media muppetry. When the November 2015 terrorist attacks in Paris left hundreds of people dead at a heavy metal concert, mezzo-soprano Joyce DiDonato decided to take a stand. “The general state of the world was something I felt I needed to address,” DiDonato says. “But it was the November 2015 attacks that prompted me directly. I was sitting at my piano and preparing repertoire for my next recording, when I simply couldn’t find my way into a generic recording of Italian arias. I wanted to speak directly to the world around me, searching for a way to see if music really can affect the climate we live in.” The concert hall is an incredibly powerful environment, where people from different backgrounds, different religions and different outlooks sit in peace and experience a communal journey. “This is incredibly powerful to me,” explains DiDonato, “if it can exist together, among strangers, then it can continue outside the concert hall and be recreated offstage as well.” Ever since, DiDonato has taken her highly successful “In War & Peace” program around the world, immersing audiences in a journey from utter despair to incredible hope and redemption.