Conductors are the only musical performers that do not produce sound. Rather, they operate at the tip of a long chain of non-verbal communication from the composer to the audience. But conductors are hardly silent. Since conducting has always been a high-profile profession, the conductor’s podium is frequently, implicitly or explicitly, used as a political platform. For the pianist and conductor Daniel Barenboim, simultaneously a citizen of Argentina, Israel, Palestine, and Spain, his establishment of the West-Eastern Divan Orchestra—together with Edward Said in 1999—was an attempt to promote understating between Israelis and Palestinians. 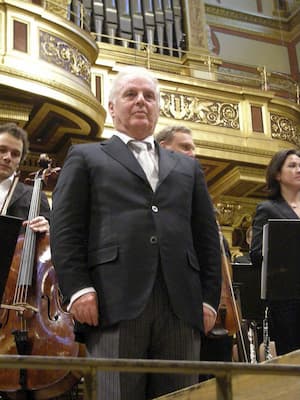 Bringing together young classical musicians from Israel, the Palestinian territories and Arab countries to study and perform, this initiative advocates a peaceful and fair solution to the Arab-Israeli conflict. Barenboim has stated, “The Divan is not a love story, and it is not a peace story. It has very flatteringly been described as a project for peace. It isn’t. It’s not going to bring peace, whether you play well or not so well. The Divan was conceived as a project against ignorance… I am not trying to convert members of the Divan to a certain point of view, but create a platform where the two sides can disagree and not resort to knives.” One would think that such an initiative would be universally applauded, but sadly, the proverbial knives continue to be squarely aimed at the messenger. 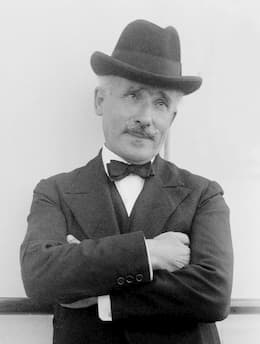 Arturo Toscanini (1867-1957) was one of the most celebrated musicians of his time. He transformed every orchestra he stepped in front of, and imposed standards that define music to this day. Toscanini engendered, some would say, demanded a cult following that inspired love through sheer force of will. When Mussolini seized power in Italy, Toscanini primarily saw him as rival challenging his popular authority. Although he abhorred Fascism, Toscanini did not immediately strike an attitude of resistance. As a noted musicologist wrote, “Toscanini’s behavior in the twenties is not an inspiring saga of political courage in the face of despotism, but a rather less edifying spectacle of two Duci engaged in a protracted battle of wills.” It goes without saying that the Mussolini regime saw Toscanini as a real threat, and he was eventually beating up by a gang of Fascist thugs. But Toscanini faced an even greater challenge in Adolf Hitler. In 1930 and 1931, he achieved immense success at the Wagner festival in Bayreuth, which he considered the ultimate musical shrine. Hitler even wrote him a personal letter in 1933 addressed to “Most honored master,” essentially begging him to return to Bayreuth. But Toscanini refused, well aware that his appearance would have been used as propaganda. Toscanini said little in public, but nevertheless argued, “Nothing should interfere with music.” His unquestionable support on behalf of German music was eventually seen as naïve, even as clichés about music as a universal language continued to circulate.

Venezuelan conductor Gustavo Dudamel is intimately linked to the renowned “El Sistema” state-run music education program in his native country. He first joined as a child beneficiary and later became one of its strongest champions and supporters. He was frequently photographed with Venezuela’s leaders, including Nicolás Maduro and the late Hugo Chávez. This led to vocal accusations that Dudamel was essentially “an accomplice to a dictatorship.” For a long time Dudamel refrained from taking a public stance, and in September 2015 he wrote, “I am neither a politician nor an activist. Although I am aware that even something as benign as conducting an orchestra may have deep political ramifications, I will not publicly take a political position or align myself with one point of view or one party in Venezuela or in the United States.” But when an 18-year-old musician trained in “El Sistema” was killed during a peaceful street protest against the government, Dudamel penned a lengthy open-op letter entitled “I raise my voice.” “Nothing justifies bloodshed,” he writes. “We must stop ignoring the just cry of the people suffocated by an intolerable crisis. I urgently call on the President of the Republic and the national government to rectify and listen to the voice of the Venezuelan people… We owe our youth a hopeful world, a country where we can walk freely in dissent, in respect, in tolerance, in dialogue and in which dreams have room to build the Venezuela we all yearn for. It is time to listen to the people: Enough is enough.” Official reaction was swift with President Maduro accusing Dudamel of not understanding the Venezuelan government, adding, “May God forgive you.” 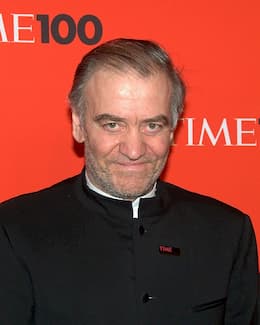 Can, and should we distinguish between a conductor’s political and artistic beliefs? This age-old question has recently gained new vehemence in the person of conductor Valery Gergiev. A staunch supporter of President Putin and his policies, Gergiev was honored as a “People’s Artist of Russia.” He has conducted in the ruins of Palmyra in Syria, and was accused of being an instrument of state propaganda. Critics accuse him of colluding with a tyrant and “showing little respect for freedom and equality.” His defenders argue that he has done nothing more than reflect the views of the majority of his compatriots and the policies of a democratically elected president.” Like a good many Russian artists before him, Gergiev has been drawn into a delicate dance with an authoritarian state power. Gergiev himself is basically indifferent to the controversies, but has become “allergic” to the western press, “which often misinterprets my words.” Yet his utterings have been far from refined. When President Putin signed a law banning the promotion of homosexual propaganda, Gergiev stated that it “served to protect his fellow countrymen from pedophilia.” Accusations about personal intolerance quickly followed, and the organization “Queer Nation” interrupted a Gergiev performance in New York. Gergiev maintains, “talent is the only discriminator, and as an artist… I collaborate with and support all my colleagues in the endeavor for music and arts.” Unsurprisingly, the raging and highly charged debate between all sides of the political and cultural spectrum has continued unabated.