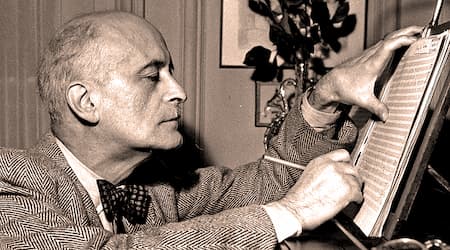 Seen by his contemporaries as an ‘authentically French’ composer, Jacques Ibert (1890-1962) brought not only artistry but also humour to the orchestra. His 1924 work Escales (Ports of Call) was a product of his Rome residency as winner of the Prix de Rome in 1922. While in Rome, the winners were asked to send back pieces as evidence of their work and this was Ibert’s submission.

We can think of Escales as a set of postcards, with the inspiration coming from his honeymoon with his wife, the sculptor Rose-Marie (Rosette) Veber. They started their trip in Spain, with a visit to his cousin, Manuel de Falla, who had encouraged Ibert to become a composer.

The order of the work is a reverse of their trip, movement I is Rome to Palermo, movement II is Tunis to Nefta, an oasis in Tunisia, and the last movement is Valencia.

Rome–Palerme gives us more than a hint of Debussy and causes us to remember that before WWI, he was a student at the Conservatoire. During the war, he served first as a nurse and stretcher-bearer but after a bout of paratyphoid, he reenlisted in the nave and by war’s end, was decorated with the Croix de Guerre and the Légion d’Honneur. He sat the competition for the Premier Grand Prix (Prix de Rome) in 1919, supposedly in his officer’s uniform, and, most extraordinary for someone whose career had been interrupted by 4 years, won on his first attempt (we will recall that it took Berlioz 4 tries to achieve his Prix de Rome). To indicate southern Italy, Ibert used tarantella rhythms combined with the swell of the sea to document his and Rosette’s sea trip from Rome to Palermo in Sicily. 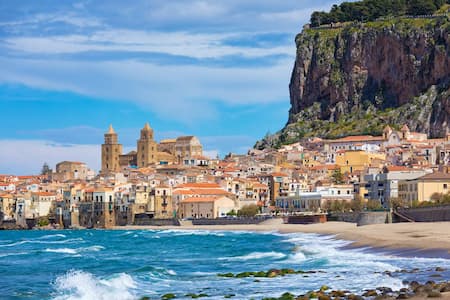 
In Tunisia, the Iberts started in Tunis, on the Mediterranean coast, and then went inland to Nefta, 300 miles away in the desert. The oboe theme in Tunis–Nefta was, according to Ibert, ‘entirely based on a tune I heard in the Tunisian desert. It helped me to recreate in music the atmosphere and the memory of the landscape and scenery where I spent several weeks.’ He filled the bass line with an obsessively repeating figure which he would use later in his Suite symphonique Paris in the section on ‘La Mosquée de Paris’.

In this movement, we can hear that, although Ibert was still very much a student, he was someone in full command of his skills in setting up the work. He treats the orchestra in layers, lead by the oboe who is given augmented intervals scales to invoke a middle-eastern setting, while below, in a ‘lopsided seven-beat pulse’ are played by strings that are plucked (pizzicato) and struck with the wood of the bow (col legno). 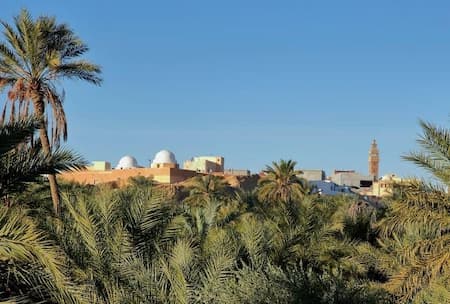 The oasis of Nefta


When you hear the final movement, Valencia, you think immediately of Chabrier’s España, his homage to his own trip to Spain in 1833. Ibert noted the movement’s ‘strongly marked Iberian character’ and we can hear immediately what he means when we’re swept up in the chattering liveliness of the opening. It’s a Spanish fiesta and the rhythms gather to whirl us to an ecstatic close. 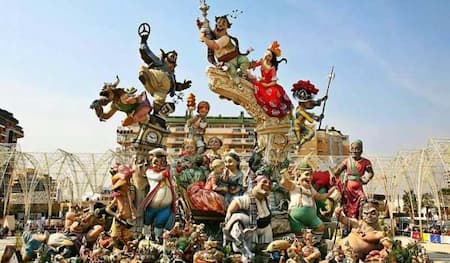 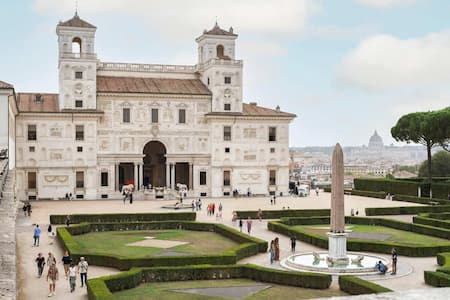 After his time in Rome as the Prix de Rome laureate, Ibert would return in 1927 as the director of the Académie de France at the Villa Medici in Rome, where Prix de Rome winners were sent. Except for the WWII years, he served in that position until 1960, commuting between Paris and Rome.