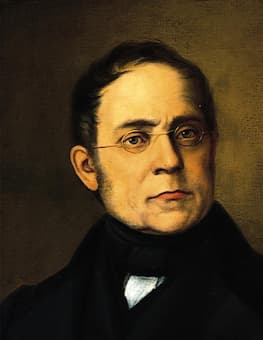 Carl Czerny, unquestionably one of the towering figures in the history of nineteenth-century pianism, died on 15 July 1857 at the age of 66. As a contemporary publication notes, “The death of Carl Czerny, although it cannot be said to have deprived the world of a first-class musician, has robbed it of a remarkable character. Czerny was neither a great master nor a man of genius. His mission was rather to teach others than to produce himself, notwithstanding his 2,000 printed and 500 unprinted compositions, if not one of which had been written it would have made very little difference to music in the end.” The critic, showing obvious contempt for Czerny’s composition talent, mimics the condescending opinions voiced by Robert Schumann and Frédéric Chopin. As Schumann writes, “It is difficult to overtake Herr Czerny, with all one’s critical speed. Had I enemies, I would annihilate them in forcing them to listen to music like this. The dullness of these variations is indeed extraordinary.” And Chopin writes, “Czerny is the Viennese specialist in the manufacture of all sorts of musical sweetmeats… he is more sensitive than any of his compositions. He is a good fellow, but nothing more.” 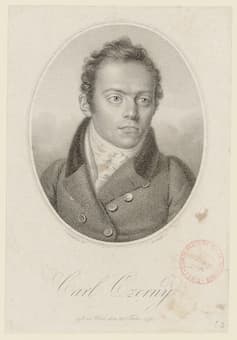 Czerny was on personal terms with many of the musical celebrities of his time. A student of Beethoven, he counted Schubert, Hummel, Liszt, Thalberg and many others among his personal friends. Czerny was described as “a little good-natured man, with a little black cap on his head, and seen at every musical reunion sitting on one of the last benches, always attentively listening, never offensive in his remarks, acknowledging the good parts, and, even in very inferior productions, taking the will for the deed.” Czerny had never married and led a simple bachelor’s life. “His cats, which he had taught to take their meals from his hand at the ringing of a bell, were the companion of his old age, which was made dreary by protracted illness and voluntary retirement.” As Schumann remarked, “By all means let him retire and give him a pension; truly, he deserves it and would not write anymore… In a word he’s gotten stale; we’ve gotten fed up with his things.” 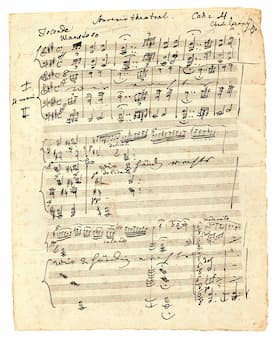 Czerny might not have pleased his critics, but he was laughing all the way to the bank. In his last will and testament, he detailed his rather considerable fortune. Besides a substantial stash of cash, Czerny possessed a considerable amount of gold, having converted the money he received from teaching and from his publications into bullions and gold and silver coins. He owned roughly 10 bank shares, and also shares in the lottery and in government bonds. As Czerny writes, “besides my household furniture, clothes, linen, library and collection of music, I possess the following valuable articles: 3 gold watches, 6 gold snuffboxes, presents from the Archduchess Marie Louise, List, Döhler, and others; 1 large box with jewel, a present from the Grand Princess of Weimar; 1 silver case with my initials, 1 amethyst pin with brilliants, two brilliant rings…” Having no family, Czerny left his fortune to various benevolent institutions, and “my two pianos-fortes by Bösendorf, my violin, the bust of Beethoven, and all other objects relating to music, I bequeath to the Society of the Friends of Music in Vienna.” 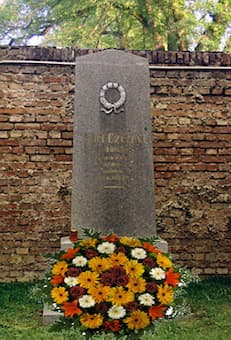 Czerny basically had made his fortunes by publishing a number of arrangements of popular melodies, potpourris, and fantasies, which were in high demand in amateur music-making circles. Most publishers in Austria and Germany published works by Czerny, “and found them gold mines.” A critic writes, “The immense demands on his productiveness, he easily met. But his work usually contained certain frivolous passages, which at last became so well-known as to miss their effect.” Czerny was keenly aware that some of his compositions did not fulfill the loftiest musical expectations of his critics. As such, he divided his compositions into four categories: studies and etudes, pedagogical pieces, virtuosic concert pieces, and serious music. The music belonging to the serious category contains symphonies, string quartets, and a number of sonatas. These works are among Czerny’s least-known compositions, but they are crafted in a deliberate manner. Czerny writes, “Among the forms of serious composition, that of the Sonata is the most important, and this: first, because most of the other principal forms may be included in it; secondly, because it presents the composer with the opportunity and space for displaying, in the worthiest manner, both his invention and fancy, and also his musical acquirements; and thirdly, because its form and construction precisely correspond with those of the Symphony, the Quartet, the Quintet, and indeed of every significant and complete instrumental piece.” Czerny is widely considered a central figure in the transmission of Beethoven’s legacy; isn’t it time that we take a fresh look at his own compositional legacy as well?