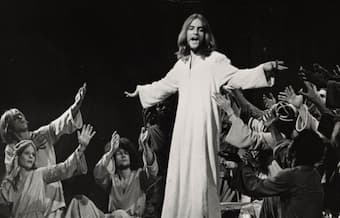 The biblical narrative of the New Testament has been called the “greatest story ever told.” And while the story of Jesus Christ is deceptively easy to understand, it is also the most difficult to interpret. One such interpretation premiered on 12 October 1971 at the Mark Hellinger Theatre on Broadway. The rock opera Jesus Christ Superstar, with music by Andrew Lloyd Webber and lyrics by Tim Rice recounts the last days of Jesus Christ. Focusing on the psychology of Jesus and other characters, the story is told from the perspective of Judas Iscariot. Judas is worried that the Christian movement has become a personality cult and that Jesus is growing emotionally close to the prostitute Mary Magdalene. Even worse, Jesus is being hailed as the Messiah, and Judas agrees to betray him for 30 pieces of silver. Following his arrest, Jesus is brought before Pilate, who refuses to convict him and sends him to Herod. Judas, meanwhile, has committed suicide and Herod also refuses to convict Jesus. The bloodthirsty street mob, however, insists and Jesus is convicted and crucified. 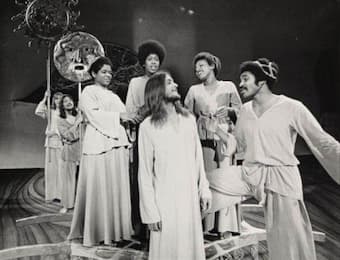 Essentially, Tim Rice “did with this story the same thing that clergy across America do every Sunday morning. Remove it from its distant past and foreign culture and give it resonance and relevance to the issues and obstacles we face every day.” A good many religious groups didn’t like the idea and a Baptist Minister writes, “The play represents a confused and commercial portrait of Christ—a Christ that does not rise from the dead. Of course, the Christ the authors present would not have risen from the dead. They are not men of faith, and their statements only serve to undermine the scriptures.” Clearly, this was not a show about the teachings of Jesus, his divinity, his suffering on the cross, or his resurrection. It was a story that asked the simple question, “Why did Judas feel he needed to betray Jesus.” Rice wanted to tell us a new story with a sense of dramatization that the Bible never offered. As a commentator wrote, “Rice gave us an active Judas and Jesus, rather than the passive, inherently undramatic characters the Bible gives us, unable to change fate, tossed around by the winds of divine providence.” 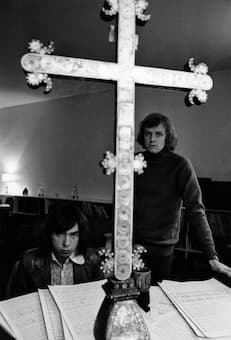 From the onset, according to Lloyd Webber, “the piece was written as a rock album to tell the story through the music itself.” That is, the songs were written and conceived as an album musical before the musical was created and staged. Of course, it was quite radical to tell the biblical story in the language of rock and roll. The title song was released as a single and underscored the central point of the entire show. Jesus Christ had become a Superstar, “a shallow, hyped personality worshipped merely for the hype like many pop stars then and now…The hype became more important than the message.” 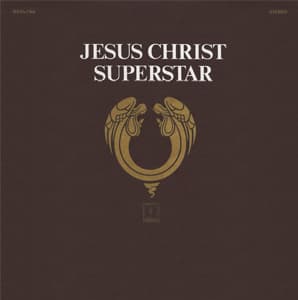 Album Cover for the 1970 release

Because it was recorded in the studio before it was staged, “it was originally written for the ears, not the eyes.” As such, the overall structure of “Superstar” feels somewhat disjointed, “almost like a series of music videos rather than one coherent narrative.” A critic wrote of the original Broadway production, “All that had to be done with it was to put it on the stage baldly—baldness is very much of its essence—and, after establishing a few simple directions, let it sing for itself.” 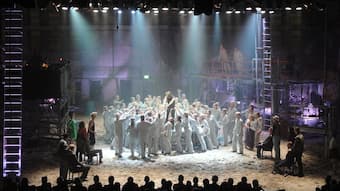 Tom O’Horgan directed the original Broadway production, and the New York Times described his style as “wittily physical.” In following the ideas of Busby Berkeley, O’Horgan devised elaborate musical production numbers that involved complex geometric patterns, a large number of showgirls and props as fantasy elements to produce “kaleidoscopic on-screen performances.” Jesus Christ Superstar was staged as a spectacular extravaganza and both Rice and Lloyd Webber didn’t like the original production. In essence, they were looking for a story of deep and profound human emotion and not theatrical effect. O’Horgan later suggested, “that actually, the safe way to do Jesus Christ Superstar is not to do it at all.” A reviewer for the New York Times wrote, “The real disappointment was not in the music but in the conception.” And he added, “Nothing could convince me that any show that has sold two-and-one-half million copies of its album before the opening night is anything like all bad… There is a coyness in its contemporaneity, a sneaky pleasure in the boldness of its anachronisms, a special undefined air of smugness in its daring.”

Jesus Christ Superstar: “I don’t know how to love him”