We hate them and we love them – they can make us jump up in fright just as much as we can admire their filigree webs. Composers have spiders in their music and we end up with a marvelous variety of sounds. 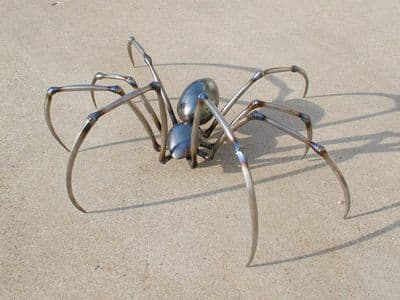 
Polish composer Dariusz Przybylski created his 2007 work Rituals, op. 35, for 2 percussions. They go through the Rituals of Birth, of Sea, of Hypnosis, of Rain, until the final, the Ritual of Spiders.


Composer turned author Dan Brown (you might remember him from that slight tome, The Da Vinci Code), wrote his first children’s book, Wild Symphony, in 2018 and then wrote individual works for each of the insects and animals in the story. He depicts spiders steadily building their webs until at the end, the lines of the music come together slowing at completion. 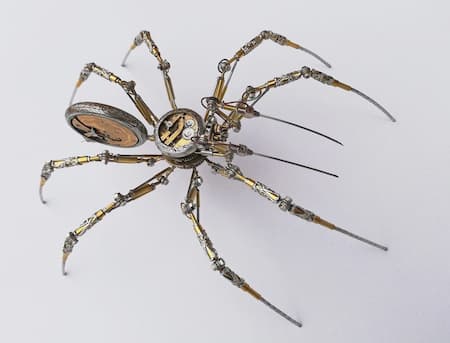 
American composer Kirk O’Riordan’s 15-part work Autumn Winds is a setting of 15 haiku by 17th-century Japanese poet Matsuo Basho, including No. 11, ‘Spiders’. The poet asks the spider if it is speaking or crying…or is it the autumn wind?


American composer Deon Nielsen Price was commissioned to write music for a ballet, Toads and Diamonds, the fairy tale of the two sisters, one kind, one unkind, who each meet a fairy godmother disguised as an old woman. Renée, the kind daughter, helps the woman get a drink of water and is rewarded with cascades of jewels and flowers when she speaks. Francine, the unkind daughter, refuses to help the old woman and is rewarded with showers of toads, snakes, spiders, bats and cockroaches. Our spiders run on quick spindly legs. 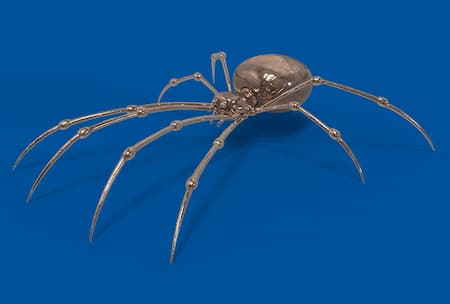 
French composer Maurice Ohana wrote his work Signes (Signs) in 1965 for an instrumental ensemble of flute, piano, zither and percussion. Each of the 6 movements is about a tree: at night, alive with birds, drowned with rain, beaten by the wind, burnt by the sun, and, in the middle, imprisoned by spiders’ webs. 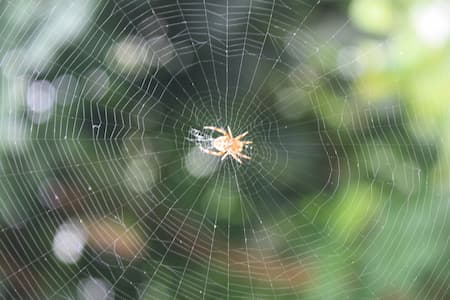 American composer Elena Ruehr set the poetry of Emily Dickinson in her three-part work Cricket, Spider, Bee. The second movement, A Spider Sewed at Night, sets 9 lines as a riddle:

A spider sewed at night
Without a light
Upon an arc of white.
If ruff it was of dame
Or shroud of gnome,
Himself, himself inform.
Of immortality
His strategy
Was physiognomy.

Who is this spider / author who sews / writes at night? One riddle-solver thinks this refers to Dante Alighieri (1265-1321) with references to La Divina Comedia. At the start of Inferno, Dante is lost in a dark wood, the ‘arc of white’ is the author’s quill pen, the ‘dame’ could be his beloved Beatrice, and ‘physiognomy’ the famous posthumous profile painting by Botticelli. 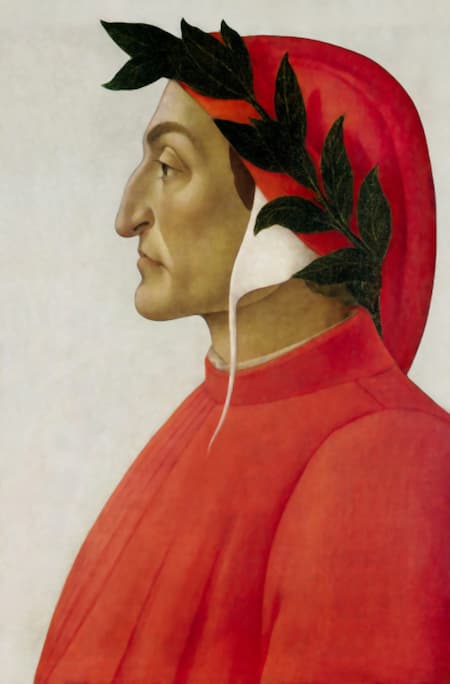 The music gives a tiny, perfect world, with some references to Stravinsky’s Symphony of Psalms.


Told about a series of nightmares by his young daughter, which she called ‘spider dreams’, American composer David Balakrishnan used it as inspiration for his suite Spider Dreams. The eponymous first movement relies on a bluegrass ‘double-shuffle’ to put a menacing quality into the music. 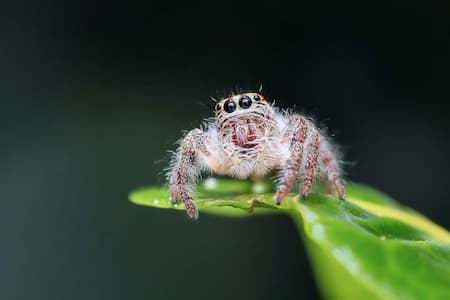 
English composer Rob Keeley was inspired by guitarist Jonathan Leathwood’s purchase of a new 10-string guitar with 4 additional low strings to create a work that used the extra string space for very full resonant chords with close-spaced bass notes, exploited the instrument’s unusual harmonics and heterophonies, and wrote music exploiting the possibilities for pitch-bends, flourishes and tremolandos unobtainable on a 6-string instrument. Spider is his audio imaging of the arachnids and their beautiful webs. 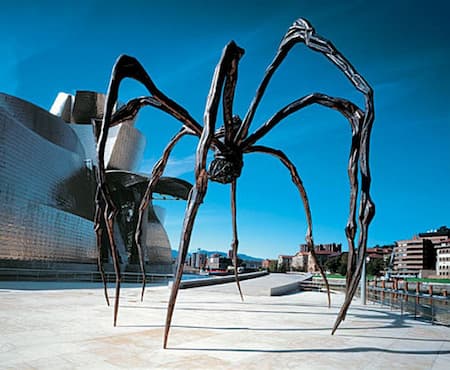 Rob Keeley: 2 Ways of Looking at a Spider – No. 1. The Spider Dances (Jonathan Leathwood, cond.)


These aren’t major works but, like the spider itself, work in small contained worlds. We think of spiders as web creators and dwellers, but with more than 46,000 kinds of spiders in the world, there are spiders for every possible situation: from giant bird-eating spiders of the Amazon to little tiny ones that are only .03 cm (.015 in) in size. Some living in water, some on the ground, and some move through the air using their silk as a life-life parachute. Spiders in the night, spiders weaving their webs, spiders running out of the light – all of these images were inspirations for composers. Spiders are silent and the composers give them a voice.