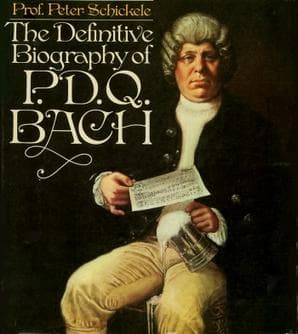 The Definitive Biography of P.D.Q. Bach by Prof. Peter Schickele

Carnival celebrations typically involve public parades, street parties and entertainments. In some parts of the world, large decorated platforms are towed through the streets in dedicated carnival floats featuring everything from flowers, elements from the circus and the sideshow to astute political commentaries. For a short period of time, people experience a heightened sense of social unity and they delight in mocking authorities or engage in expressions of social satire. Spoofs, lampoons or parodies aren’t confined to carnival season or political topics; they are also part of classical music. 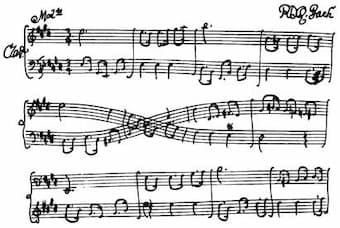 Stemming entirely from the fertile imagination of the musical satirist Peter Schickele, we learn of P.D.Q. Bach, “without a doubt Johann Sebastian’s last and least offspring.” The Bach family wanted nothing to do with him, and called him “a pimple on the face of music,” “the most dangerous musician since Nero,” and “the worst musician ever to have trod organ pedals.” P.D.Q claimed that his father never gave him training in music, but taking advantage of his famous name, he started writing music divided into three creative periods. “The Initial Plunge,” “The Soused Period,” and finally “Contrition.” P.D.Q freely stole music from Haydn and Mozart, and as a great visionary he anticipated the music of Beethoven and Jazz, and also the mannerisms of the emerging virtuoso culture. 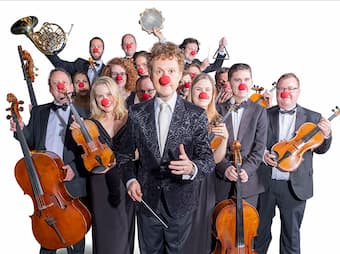 This spoof can be enjoyed on multiple levels, but here, as elsewhere in all of music, the depth or your musical knowledge will exponentially increase your enjoyment of this fantastic lampoon. The British conductor, actor and comedian Rainer Hersch is well known for his comical takes on classical music. He started his career on the stand-up circuit, and he made his mark with his show All Classical Music Explained (ACME). This routine is billed as a simple and stupid guide to questions like “why is organ music so boring,” or “what does a conductor actually do,” or even more pointedly, “how to clap in the wrong place and mean it.” He has performed this stand-up over 300 times on four continents. Hersch also had a hilarious idea for an opera spoof, based on the ideas of misheard lyrics. During opera performances, the sung texts are being translated into various languages so audiences can follow along. But what if the lyrics are misheard? When Loré Lixenberg performed Mozart’s big soprano aria “Come Scogli” from Cosi fan tutte, she had no idea that the song had been “translated” behind her back by conductor Rainer Hersch. Mishearing the Italian lyrics in English produces such hysterical blunders as the mattress tester, payday in Singapore, winning numbers in the lottery and a delicious chicken korma. 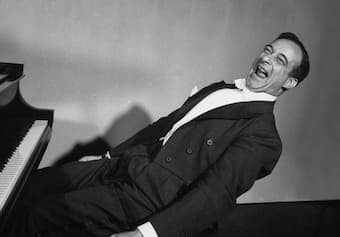 For many decades, Victor Borge was known the world over as “the comedian of the keyboard,” and “the funniest in classical music.” The irrepressible musical humorist, pianist and conductor made his Broadway debut in the 1950s with his one-man act “Comedy in Music.” A blend of comedy and virtuosic pianism that combined musical satire and verbal spoofs, Borge appeared for 848 consecutive performances at the Golden Theatre. 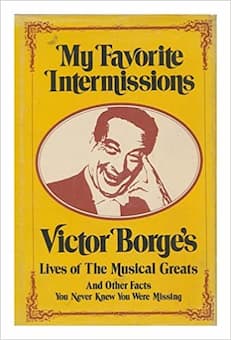 My Favorite Intermissions: Victor Borge’s Lives of the Musical Greats and Other Facts You Never Knew You Were Missing by Robert Sherman

Borge originally hailed from Copenhagen, and he made his public concert debut at the age of 8. He entered the Copenhagen Music Conservatory in his teens, and studied in Vienna and in Berlin with Frederic Lamond, a student of Liszt. However, Borge decided against a career as a concert pianist and instead became a parlor comedian who also appeared in a few films as a comic. In a few short years he became known as a comic actor, composer, pianist, writer and a director of movies, stage shows and radio programs. Forced to leave Europe, he arrived penniless in the United States and “taught himself the language by spending hundreds of hours in movie houses.” Borge was a formidable pianist, and his playing was described as “warm, rich, and highly nuanced, achieve through pedal mixtures and the formation of his large, spatula hands with cushions on each fingertip.” His musical spoofs are rightfully legendary, and his “Mozart mini Opera” is an all-time favorite. 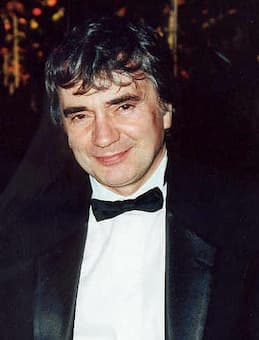 The English actor, comedian, musician, and composer Dudley Moore came to prominence as a leading figure in the British satire boom of the 1960. Moore was a choirboy at the age of six, and subsequently earned a scholarship to the Guildhall School of Music. He studied harpsichord, organ, violin, music theory and composition and quickly developed into a highly talented pianist and organist. He earned an organ scholarship at Oxford, and he soon became an accomplished jazz pianist and composer. Moore leapt to international recognition as part of a comedy revue entitled “Beyond the Fringe.” It successfully played thousands of shows on both sides of the Atlantic, and Moore’s musical numbers were an integral part of the show. One of Moore’s most hilarious spoofs is his simultaneous lampooning of Benjamin Britten and Peter Pears in “Little Miss Britten.” While Pears thought that the spoof was indeed hilarious, Britten was furious. I suppose, sometimes spoofs are a little too close for comfort.