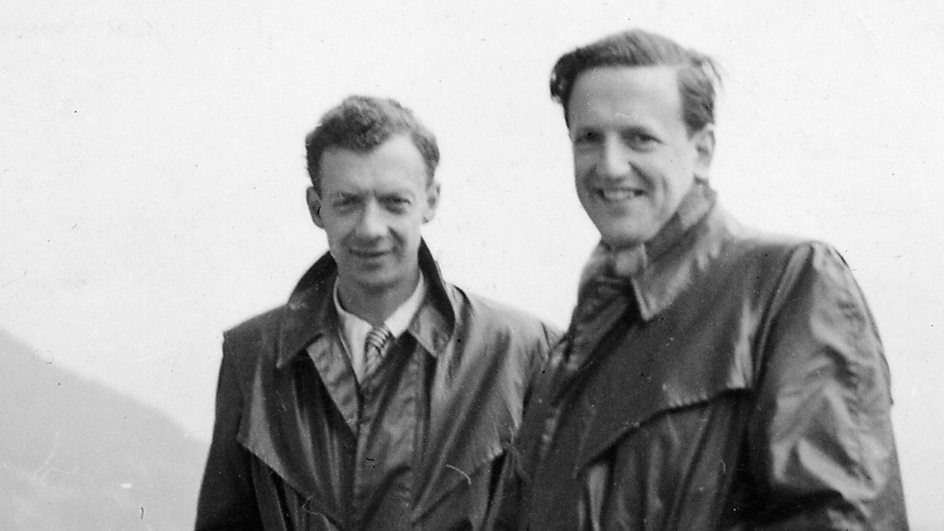 Having resisted the sexual advances of WH Auden, who eventually turned rather spiteful and detailed Benji’s defects of character in an acerbic letter, “I am certain too that it is your denial and evasion of the demands of disorder that is responsible for your attacks of ill-health… you are always tempted to make things too easy for yourself in this way, to build yourself a warm nest of love… by playing the loveable talented little boy,” Benji undertook a short journey to the City of Lights to investigate heterosexual practices. Together with Henry Boys and Ronald Duncan, a young writer he had recently met and befriended, Benji visited a brothel in a dark backstreet in Paris and reports, “We were presented in the most sordid manner possible with about 20 nude females, fat, hairy, unprepossessing; smelling of vile cheap scent and walking round the room in couples to a gramophone. It is revolting — appealing that such a noble thing as sex should be so degraded.” He certainly did not warm to performances at the Folies either, writing indignantly, “Josephine Baker is as old as the hills, and can neither dance, sing nor act.” At this stage in his life Britten was highly reluctant to enter into any kind of sexual relationship. However, this quickly changed when he met the singer Peter Pears. Pears was three years older than Benji, flamboyant, handsome and rather experienced in sexual matters. He ostentatiously wrote to a friend, “I am henceforth proceeding to plunge into the waters of life, alike homosexual and heterosexual, to indulge in all kinds of orgies, sadist and masochistic, and finally to end as a wreck, one of the very scum of the earth.” Pears eventually won a scholarship to the Royal College of Music in London, and through a mutual friend, was introduced to Benji. A strong friendship quickly developed, and within weeks of first meeting, Britten composed a setting of Emily Brontë’s poem, “A thousand gleaming fires”, for Pears’s tenor voice and strings.

The Company of Heaven
No. 7. A thousand gleaming fires

Things got complicated in a hurry, yet Britten stayed chaste. Lennox Berkeley was deeply in love with Benji, and started to confess a “mean and horrible jealousy” towards Pears. Britten in turn responded with deliberate detachment “I am sure you’re feeling fine now that you’re in Paris with José and all those friends of yours… Much love, my dear; cheer up.” Much of Berkeley’s jealously obviously stemmed from the fact that Pears had quietly moved into Britten’s flat at 67 Hallam Street. With the grumbles of war on the horizon, Britten and Pears were thinking about leaving England for America, just as Auden and Isherwood had done. On 29 April, Britten and Pears set off for Canada and arrived in Quebec on 9 May 1939. With their arrival in the New World, the two friends became lovers. In June they visited Toronto to give a joint recital, and thereafter crossed into the USA to stay at Grand Rapids, Michigan for their unofficial “honeymoon.” “I shall never forget a certain night in Grand Rapids,” Pears wrote to Benji a couple months later, “when you finally gave yourself to me, my little white-thighed beauty.” If Britten had hoped that his commitment to Pears would stop his craving for young boys, he was mistaken. With Pears looking over his shoulder, he wrote to 16-year old Wulff Scherchen, “It is awful how much you mean to me… I simply can’t help thinking of you and what you’re doing… I love you more everyday… So there! There’s a declaration.” Pears added a rather extraordinary postscript to the same letter, “I am looking after Ben as well as he deserves, and am trying hard to keep him from breaking out, but the Canadian girls are terribly attractive.” Thus began a highly affectionate personal and professional relationship that lasted for almost forty years, with the couple building their lives and careers hand in hand. I tell you more about that in our final episode.