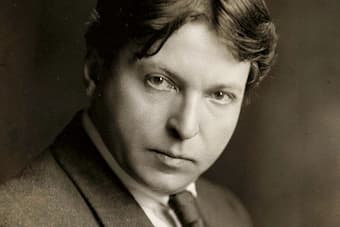 In 1935, Romanian composer George Enescu (1881-1955) started working on what was going to be a symphonic suite entitled Voix de la nature (Voice of Nature). He only completed one movement, Nuages d’automne sur les forêts (Autumn Clouds over the Woods) but in his papers, unfinished sketches for another movement, Soleil dans les plaines (Sun in the plains), shows us how the suite might have continued. Part 3, Vox Maris was completed, but some writers regard this as not part of the Voix de la nature suite but a separate tone poem unto itself.

The Autumn music carries with it the idea of melancholy for the dying leaves, and you can almost imagine the opening lines of the cello illustrating a film of clouds drifting in time-lapse – conveying the passing of time in a compressed way. Along with all the melancholy, though, there’s a touch of menace, perhaps of the cold times to come, perhaps of just the regret at what is dying all around in the forest. 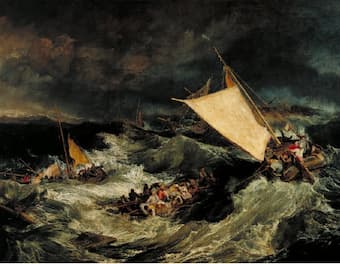 The (perhaps) related tone poem Vox Maris (The Voice of the Sea), was started in 1929 and completed in 1954. Unusually, it’s a symphonic poem written for tenor and three-part choir with the orchestra. The text by French poet Renée Willy, was originally written in Breton but Enescu used a French version of the text. The story is about a sailor who attempts to rescue people in distress during a tempest. But the waves swallow the sailor’s boat, and it is that sacrifice that calms the waves. The sea stills and only the voice of the mermaids can be heard. Enescu wrote about this from personal experience, having seen the sacrifice of one man trying to rescue others.

We can track this story only a certain way through the work. At some point the program gets put aside and the musical material itself comes to the fore. The work is unusual both in its use of the voice and in its story line. Its feeling, much like the earlier work Nuages d’automne sur les forêts, seems to carry shadows and sadness with it, which may be why the two works are thought to be linked.


This isn’t the symphonic poem that we expect from the great Romantic composers such as Liszt. This is a new vision for an old form that brings in more drama and more feeling. The melancholy of Nuages d’automne sur les forêts is very different from the feeling of futility in Vox Maris, but both works still carry the idea of the imagery of the stories, whether implied or spelled out.