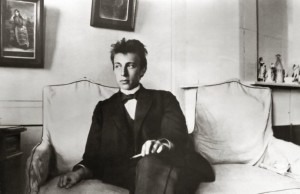 The young Sergei Rachmaninoff composed a number of pieces for solo piano that are either lost, unpublished, or have not been assigned an opus number. As far as we know, 16 such pieces exist, and ten of these were composed before he completed his first piano concerto. In 2002, scholars found an unknown four-movement composition in the depths of the Glinka Museum Archives in Moscow. Regrettably, the title page was missing and it took a good bit of time to authenticate and verify the work as being by Rachmaninoff. After a good deal of research, it turned out that the mystery work was originally not even composed for the piano. Rather, in 1891 Rachmaninoff worked on a Suite in D minor for orchestra, presumably as a training exercise for the orchestral forces of the Conservatory. For one reason or another, the work was never performed, and the original orchestral score was subsequently lost. Composed when Rachmaninoff was 18, the Suite might not be the most exciting addition to the composer’s oeuvre. Nevertheless, it is a substantial work lasting nearly 20 minutes, and shows the student composer desperately trying to find his own compositional voice. Most notable is the grand first movement, as a sequence of four powerful chords propels the music into a passionate theme. Rachmaninoff’s use of melodic material and consistent evidence of harmonic ingenuity is nascent, but not yet spiced up with the musical ingredients that would eventually define his unique compositional voice. Lyrical and passionate melodies dominate the “Lento,” while the Classical gestures of the “Minuet” offer a somewhat naïve sense of musical grace. Full of powerful piano writing, the concluding “Allegro” takes us to the rustic outdoors reminiscent of an explosive mixture of Chopin and Liszt.