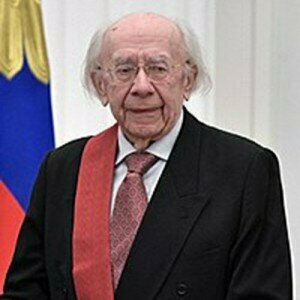 Working as an artist within the Soviet political and cultural system was always a tightrope act. Gennady Rozhdestvensky (1931-2018), one of the great conductors of the last half-century explains, “I lived with communism for more than 50 years, and I have seen around me terrible things. I was not repressed and I was not in the war. I am very lucky not to have been killed.” Born in Moscow, he studied piano with Lev Oborin and conducting with his father Nikolaï Anosov at the Moscow Conservatoire. Taking his mother Natalya’s patronymic of Rozhdestvenskaya to avoid confusion, he was engaged at the Bolshoi Theatre and made his debut with Tchaikovsky’s Sleeping Beauty. The Bolshoi became his spiritual home for many decades, and he also headed the Moscow Radio Orchestra. Significantly, he was the first Soviet conductor to be appointed principal conductor of various Western orchestras, including the BBC Symphony Orchestra in London, the Vienna Symphony Orchestra, and the Stockholm Royal Philharmonic Orchestra.

Rozhdestvensky struggled within the confines of the Soviet system, saying, “It is too difficult for me to work with such a bureaucratic machine. It interferes with my creativity and with my art.” Yet he nevertheless championed an eclectic array of music, including works by Alfred Schnittke and Sofia Gubaidulina, composers whom the Soviet establishment thoroughly disapproved of. 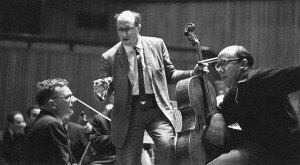 He met Shostakovich while a student and went on to vigorously promote his music. “It would be difficult,” he once said, “to overestimate the significance of my relations with Dmitri Shostakovich and Alfred Schnittke, in that these two titans opened before me a musical universe, like a gigantic magnifying glass reflecting our fragile world.” He participated in dozens of world premieres and resurrected works, like Shostakovich’s opera The Nose, which had lavished in obscurity. In all, his recording catalogue features well over 400 records and comprised 786 different works. Some have called him a maverick, while others admired the emotional intensity and spontaneity of his performances. As a critic pointedly observed, “there was always an element of risk in his performances but when they worked, the results could be extraordinary.”