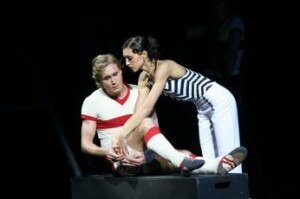 Joseph Stalin was not a particularly nice man! Once he had consolidated near-absolute power in the 1930’s, he ruthlessly eliminated any opposition. That meant banishing “counter-revolutionary infiltrators” to the Gulag labour camps, deported nonconformists to the furthest regions of the Soviet Union, or simply executing them en masse. Stalin is estimated to have affected the violent deaths of between 4 and 10 million people, not counting the millions upon millions that died in Soviet and Ukrainian famines as the result of his policies. But Stalin was not only highly proficient in killing people he also tightly controlled all manners of artistic expression. The concept of socialist realism, which had been established in a literary context in the early 20th century, was expanded to include painting, sculpture, drama and music. It demanded that all forms of art convey the struggles and triumphs of the proletariat, and present a realistic reflection of Soviet life and society. As a result, artists and performers frequently found themselves under the microscope of an uncompromising state machinery.

All too frequently, the compositions of Dmitri Shostakovich (1906-1975) are exclusively placed within the political context of the unprecedented suffering inflicted by the ruthless state-sponsored bureaucracy of Stalinist Russia. Yet within days of returning from his first visit to Western Europe in 1929, he embarked on a ballet that juxtaposed the social ideologies of Europe and the Soviet Union in the late 1920’s. Premiered in 1930, The Golden Age satirically narrates the arrival of a Soviet football team at an industrial fair in Western Europe. The Soviet guests are soon objects of a variety of intrigues at the hands of the capitalists, including police harassment, match fixing and imprisonment by the evil bourgeoisie. They also come in contact with a number of unsavory capitalist characters; corrupt bankers, a sex-starved diva, the grim fascist, the agent provocateur and the Negro.

Only the unexpected uprising of the local working classes, who overthrow the evil capitalists, eventually secures freedom for the Soviet heroes. 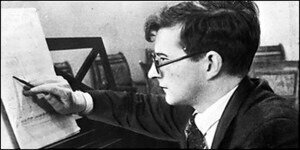 For Shostakovitch, “the West European dances in The Golden Age breathe the spirit of depraved eroticism which is characteristic of contemporary bourgeois culture.” The well-known “Polka” is frequently extracted from the ballet. It parodies two actual musical quotations, “Once upon a Time in Geneva,” and “Angel of Peace,” respectively. Surrounded by delicious dissonant harmonies and surprising rhythmic accents, this symphonically conceived dance underscores Shostakovich’s fascination with providing a musical caricature of Western culture. Cleverly constructed to emphasise and accentuate the possibilities of Western forms, the ballet also includes a delectable foxtrot, reflecting the fascination with American musical styles. The “Can-Can” projects the smoky atmosphere of the public dance hall, a place contemporary clergy classified as “an agency established by Satan, where dark rites are enacted.” The infamous “Tahiti Trot,” based on the song “Tea for Two” from the 1924 musical No, No, Nanette, enables the listener to experience a raw musical intensity that copiously mirrors a highly volatile political and social era.

Somewhat surprisingly, Soviet authorities did not unequivocally endorse The Golden Age. Jazz elements, even used in the most blatantly ironic and satirical manner, were eyed as an undesirable import of Western culture. It’s hardly surprising therefore that Stalin unceremoniously decreed that all “light music” would be under the control of the party. But Soviet reluctance to accept Shostakovich’s ballet was based on questions of proper nuancing of the social ideologies and not, as might reasonably be expected, on the progressive nature of the music. The Golden Age nevertheless provides a fascinating excursion into a time when jazz and its popular variants became an international folk music of the broadest possible consequences.