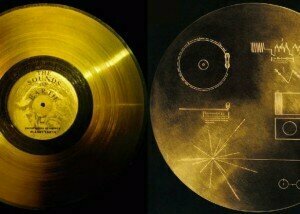 NASA launched the twin spacecraft Voyager 1 and Voyager 2 in the summer of 1977. The primary mission was the exploration of the planets Jupiter and Saturn, and since everything went splendidly well, included extended visits to Uranus, Neptune and beyond. 40 years later, both spacecraft have essentially made their way into interstellar space, a region between stars filled with material ejected by the death of nearby stars millions of years ago. The durable pair has discovered active volcanoes on Jupiter’s moon Io, and explored the intricacies of Saturn’s ring. And, they are still sending scientific data from the outmost edge of the Sun’s domain. Going that far afield, there is always the chance that the spacecraft will come into contact with extraterrestrial beings. At least that was the thinking and the reason behind the inclusion of a sort of time capsule that could communicate the story of humanity to alien civilizations. Both Voyager 1 and 2 carry a 12-inch gold-plated copper disk containing sounds and images intended to portray the diversity of life and culture on Earth.

The information on the cover of the Golden Record actually provides the instruction on how to play the phonograph. According to Carl Sagan, who chaired the committee responsible of the content of the record, “The spacecraft will be encountered and the record played only if there are advanced spacefaring civilizations in interstellar space.” Fair enough but more importantly, how is humanity introducing itself to alien civilizations? For one, it contains 115 images encoded in analog form of nature and human interaction, everything from describing our place in the universe to technical, social and cultural achievements. And I suppose you could have guessed, but a photograph of a nude man and woman could not be included on the record because of sharp criticisms from various religious groups! 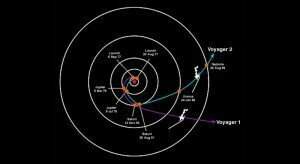 The disk does contain friendly spoken greetings in fifty-five languages, ranging from “Akkadian,” a Sumerian language spoken about 6,000 years ago to the modern Chinese Wu dialect. Sagan explains, “We felt it was fitting that Voyager greet the universe as a representative of one community, albeit a complex one consisting of many parts… After all, by sending a spaceship out of our solar system, we are making an effort to de-provincialize, to rise above our nationalistic interests and join a commonwealth of space-faring societies, if one exists.”

Wolfgang Amadeus Mozart: “Queen of the Night,” The Magic Flute

Since Earth is a noisy place, the record also includes a variety of natural sounds. Everything from the sounds of surf, wind, thunder, earthquakes and volcanoes to crickets, frogs, birds, elephants and whales. There are also noises made by humans, including footsteps, heartbeats, and laughter, and the roaring sounds of technology. Everything from Morse code to the sounds of planes, trains and automobiles. The “Sounds of the Earth” section is headed by an electronic adaptation—fashioned by Laurie Spiegel—of the Harmonices Mundi, a 17th century treatise by Johannes Kepler describing the orbits of the planets. And in the section “Music from Earth,” we find an eclectic 90-minute mix of Eastern and Western classics and a variety of ethnic music. Fittingly, it all kicks off with a movement from Bach’s Brandenburg Concerto No. 2. There is gamelan music from Java, percussion music from Senegal, a pygmy song from Zaire and an aborigine song from Australia, alongside music from New Guinea, Japan, Mexico and “Jonny B. Goode,” by Chuck Berry. 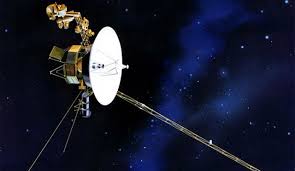 With the “Gavotte” from the Violin Partita No. 3, and the “C-major Prelude and Fugue” from the Well-Tempered Clavier, Book 2, there is more Bach on offer. I wonder what the aliens will make of the “Queen of the Night” aria from Mozart’s Magic Flute? Will they have a sense of humanity when they hear the first movement of Beethoven’s Fifth Symphony, or the “Sacrificial Dance” from Stravinsky’s Rite of Spring? The “Music from Earth” section opened with Bach, and it closes with Beethoven, more precisely, the “Cavatina” from his B-flat String Quartet, Op. 130. Will an alien civilization discover the essence of humanity in the “beklemmt” passage? Your guess is as good as mine, but the classical music selections clearly betray its time of selection in the 1970s. What kind of classical music selections would we include in 2018? In fact, what would your musical message in a bottle to an unknown alien civilization look like? Please share your thoughts and choices with us! Of course, to keep it all in perspective, it will take Voyager a mere 40,000 years before it makes a close approach to any other planetary system.