Hidden in the decoration of medieval books are many different kinds of illustrations – some of them show people doing everyday things, others show animals doing everyday human things. And then, in some special ones, we see animals playing musical instruments. We’ve found instrument-playing cats, bears, dogs, rabbits, monkeys, cows, boars, donkeys, and all kinds of fantastic animal combinations.

We started with cats as musicians. Let’s continue with the most silent of domestic animals, the rabbit. In many medieval illustrations, rabbits are shown doing the most ferocious things: riding snails into battle with spear and sword, jousting with knights (and winning!), and threatening a sorry-looking king with an axe. 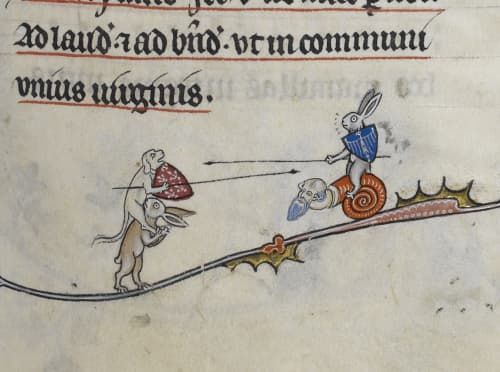 In the images in the marginalia, these drolleries, or visual jokes, often show the world reversed – killer rabbits or rabbits as horses, the hunters becoming the hunted, etc, when rabbits play musical instruments, though, the silent animal now has a voice or, at least, a sound.

Rabbits playing trumpets seemed to be the opposite combination of animal and instrument – little rabbits and large horns, but that’s how they were pictured. 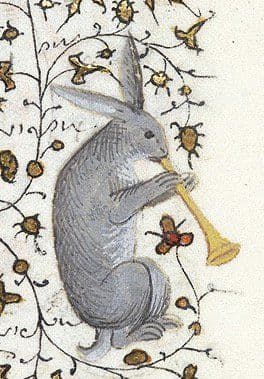 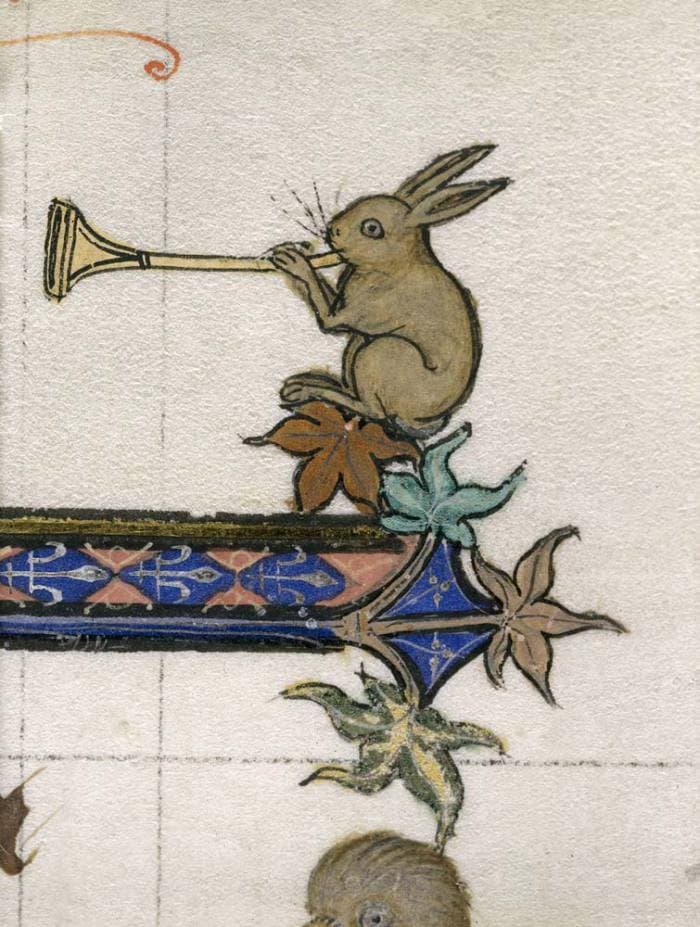 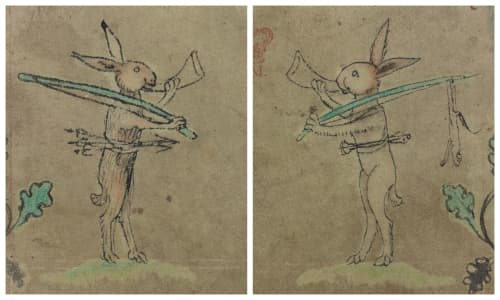 In the last image, the rabbits are shown, on the left, going out with their hunting horns to the hunt and on the right, returning.


Rabbits were also depicted playing bagpipes, often of quite complicated designs that seem to be made of other animals. 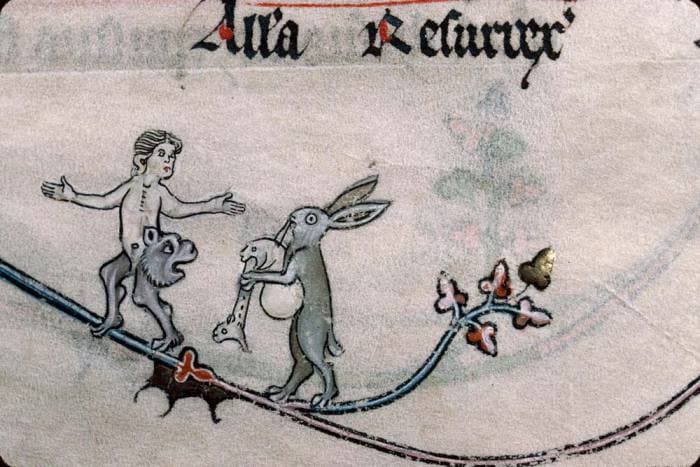 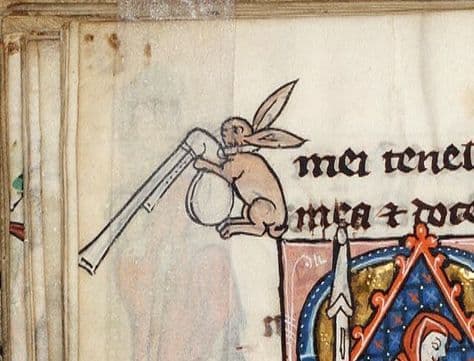 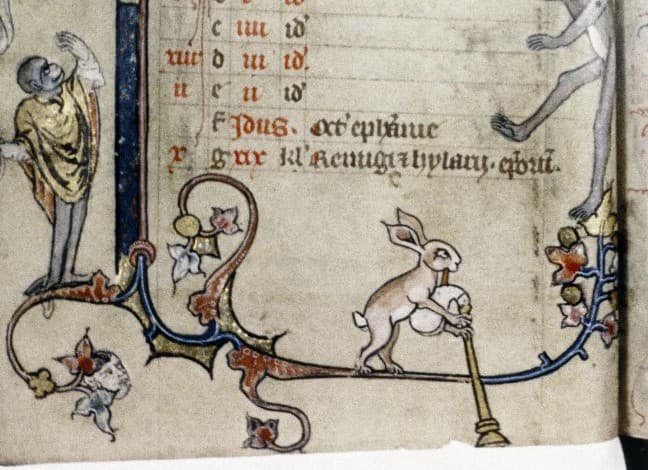 
As we mentioned in the article on medieval cat musicians, playing the portative organ usually required two people: one to pump the air and one to play the melody. When rabbits take up the organ, they usually seem to get dogs to help. 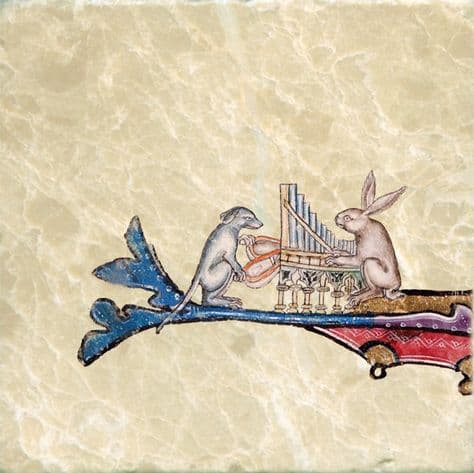 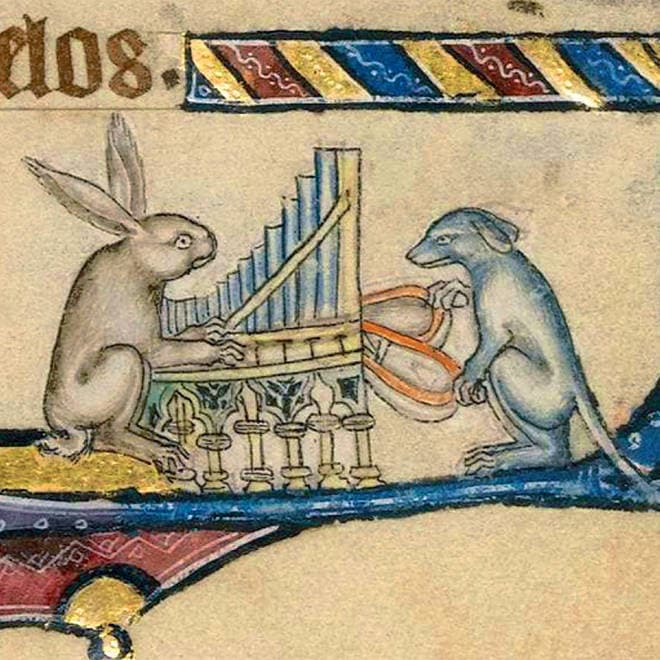 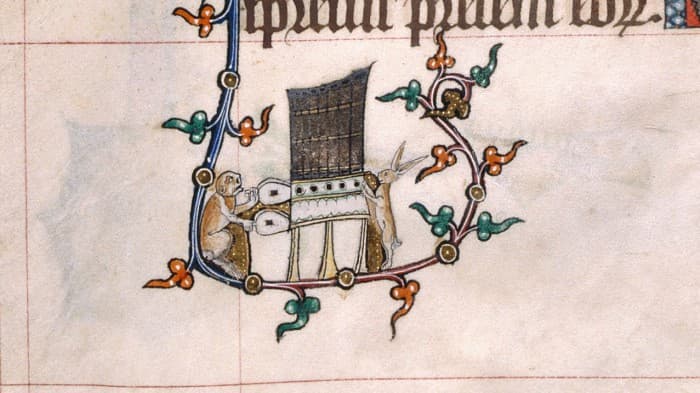 Sometimes, however, the tables get turned and it’s the rabbit who has the hard work to do. 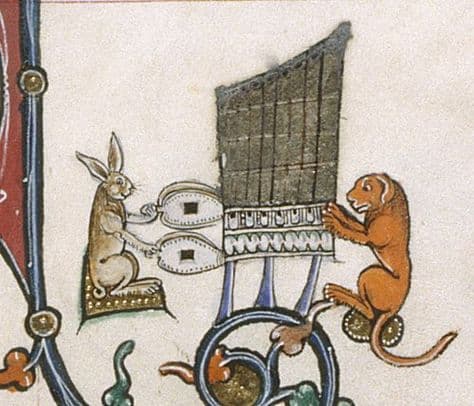 
We’ve found rabbits playing any number of other instruments, including drums, the harp, a psaltery to amuse a bird, the vielle, and a bell. 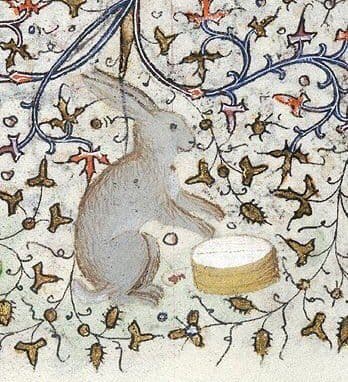 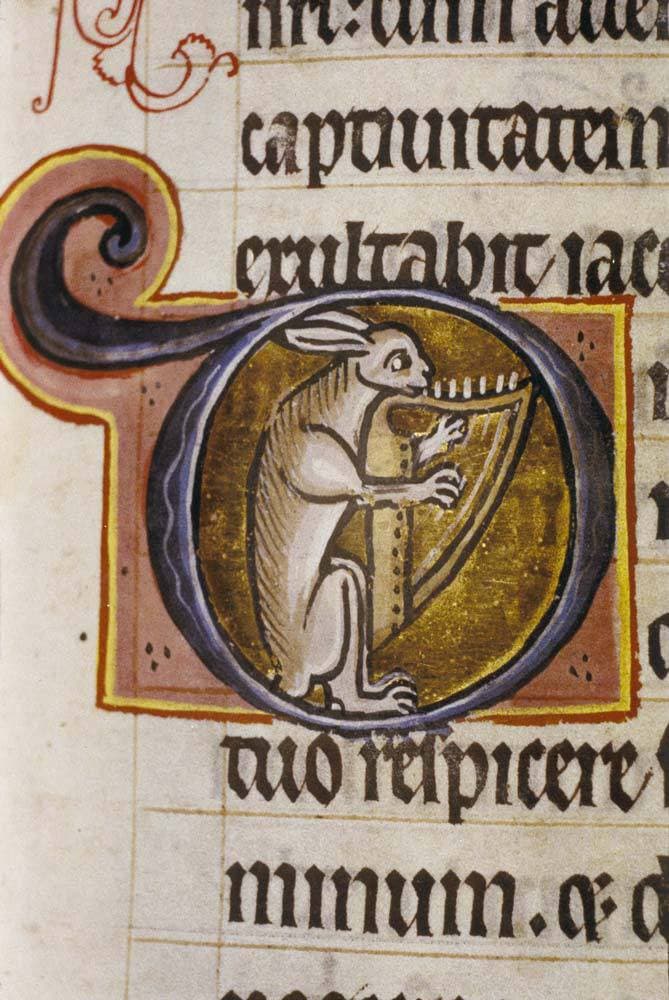 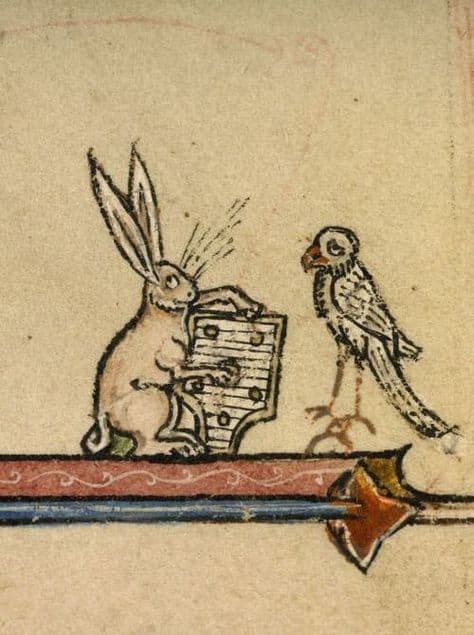 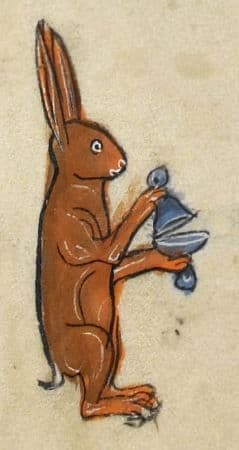 
They are also shown playing lots of horns, sometimes with a human as their transport and their own hunting dogs. The hunted indeed becomes the hunter! 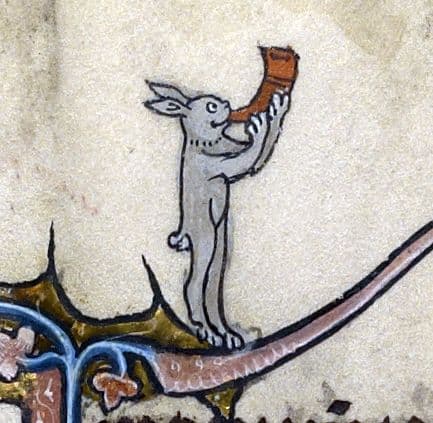 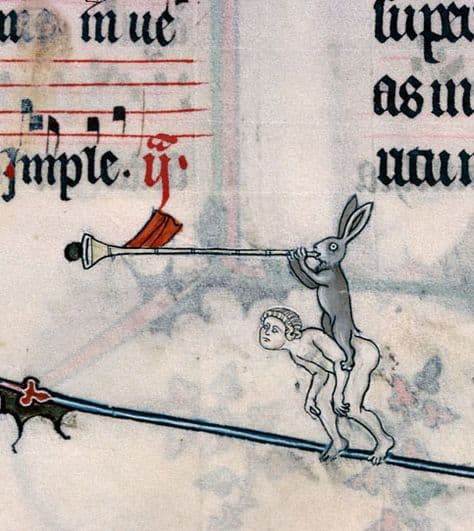 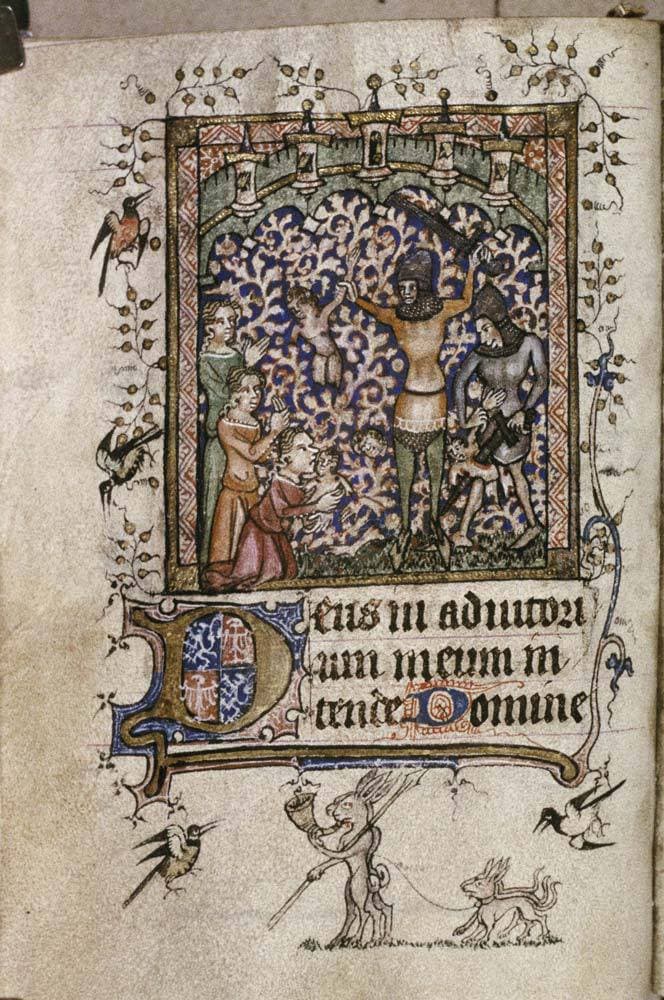 
The world upside down – the silent with a sound – the hunted as hunter – all these metaphors are illustrated in the marginalia of medieval manuscripts!