Let’s start with one of the most common animals – the domestic cat. We have cats playing hurdy-gurdys, cats playing portative organs, cats playing the vielle, the bagpipes, the lute, all for our visual amusement. 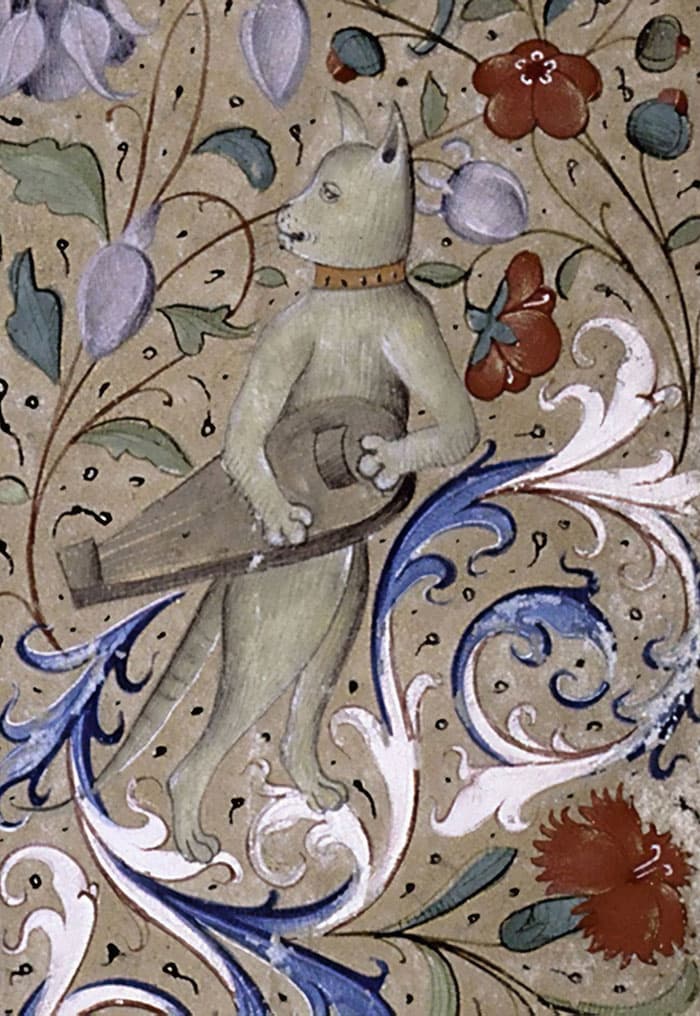 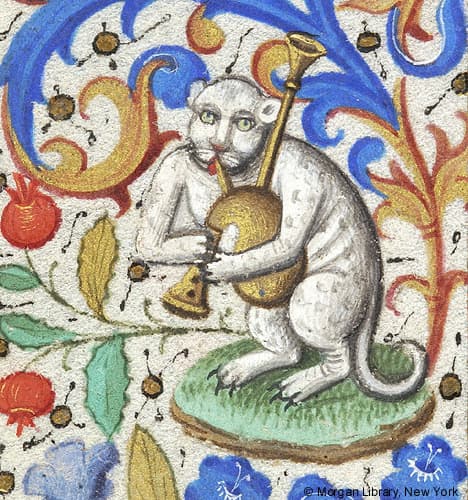 Cats and stringed instruments appear a bit more often – the vielle, a bowed string instrument that is an ancestor of our modern violin, is one instrument played by the musician cats. The instrument doesn’t have the sharp waist that the modern violin has and is more oval in shape and we can see it distinctly in these images.

Vielle, reconstructed from a painting by Hans Memling (15th century) 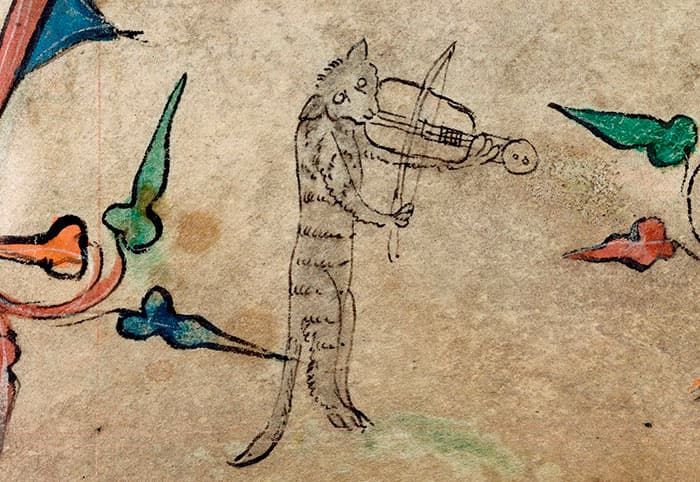 
The portative organ, or the organetto, is an organ that is small enough to carry. It required two people to play it, one person at the back operating the bellows and another person in the front playing the keys. 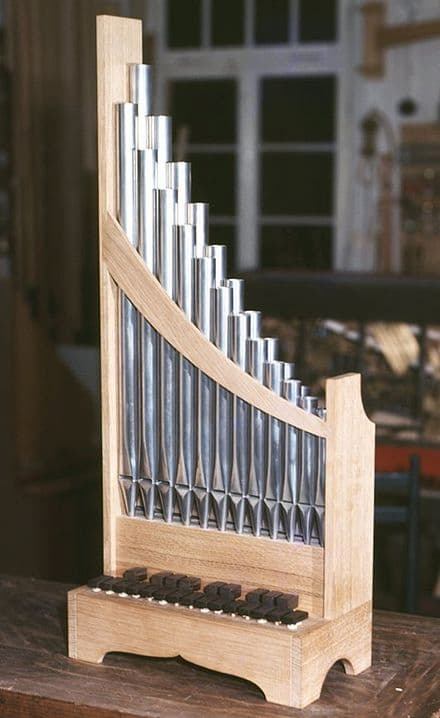 In our first pictures, we just have the cat at the keyboard: 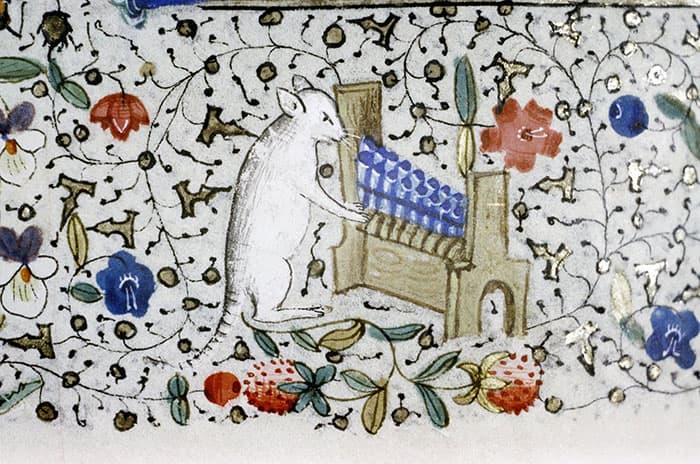 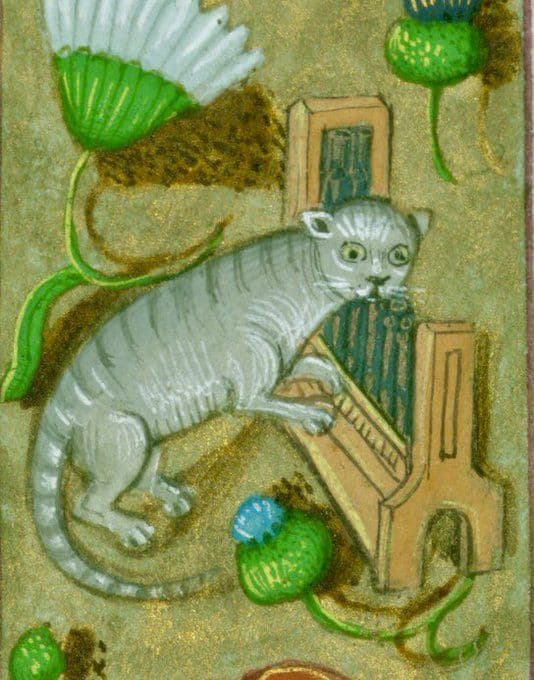 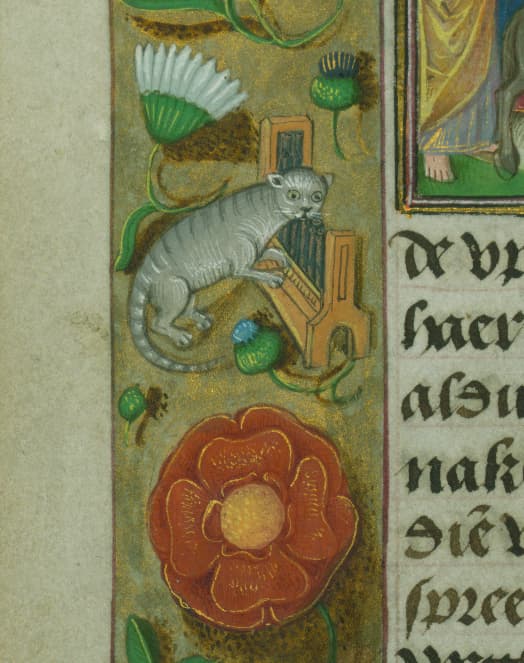 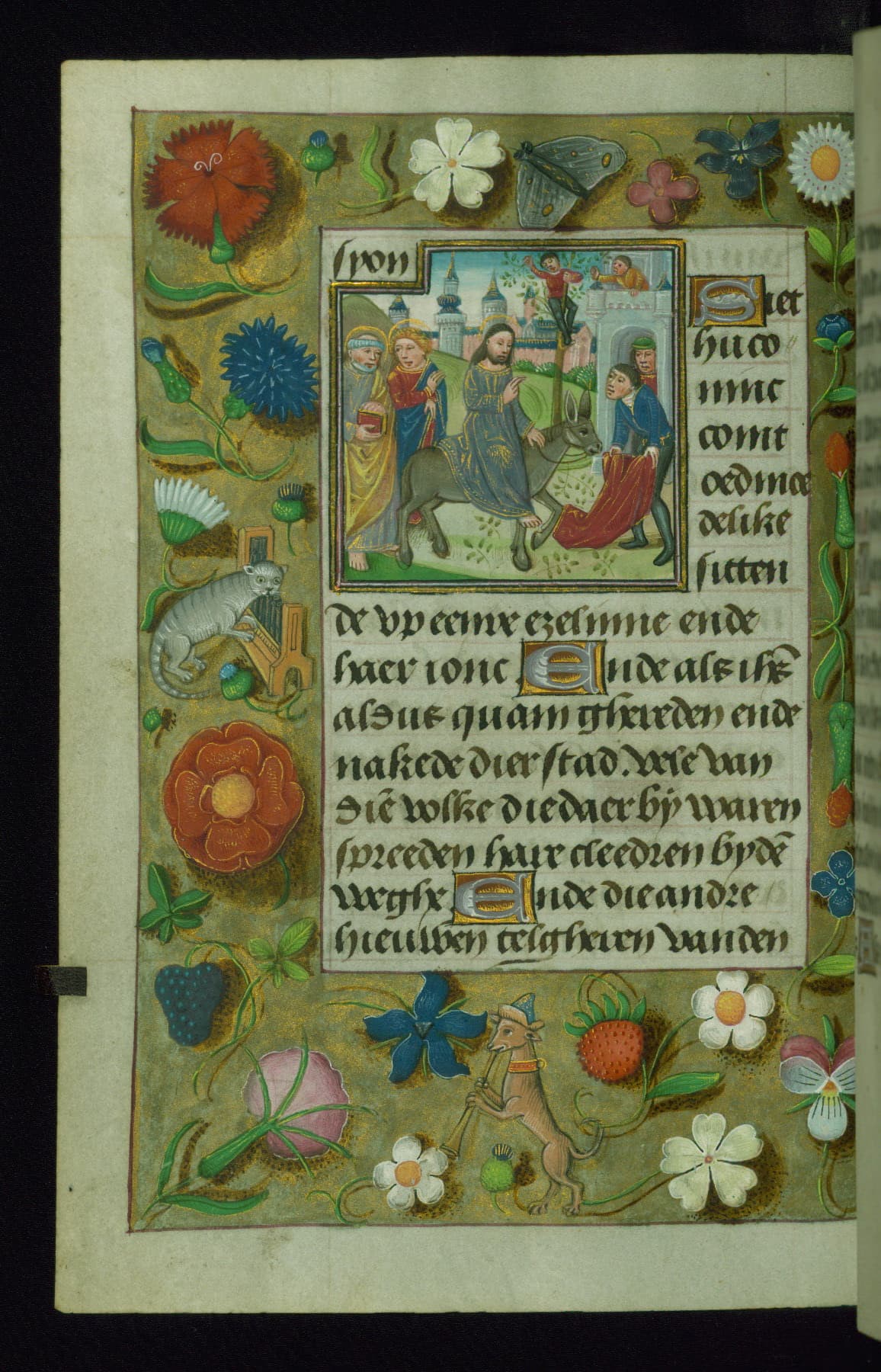 
In later columns, when we see what the rabbits are up to, we’ll see how they get helpers for the bellows.

Our last pictures show a cat playing the lute and a cat playing a square frame drum. The drum isn’t played with the hand, but with a separate beater. 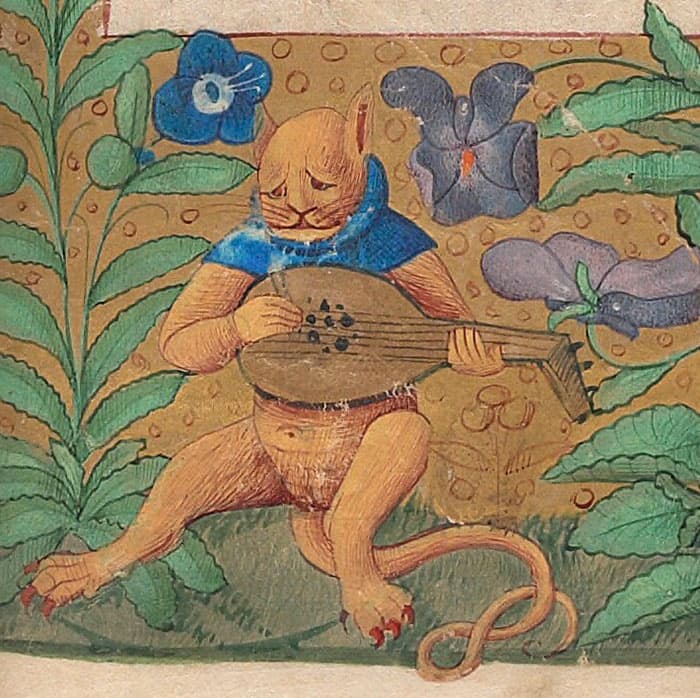 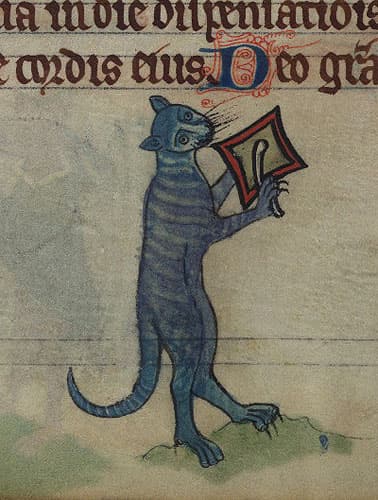 
We’ll close with one later image of a cat at a musical play. On the 17th-century German playing card, the cat viol player summons the mouse to come and dance. 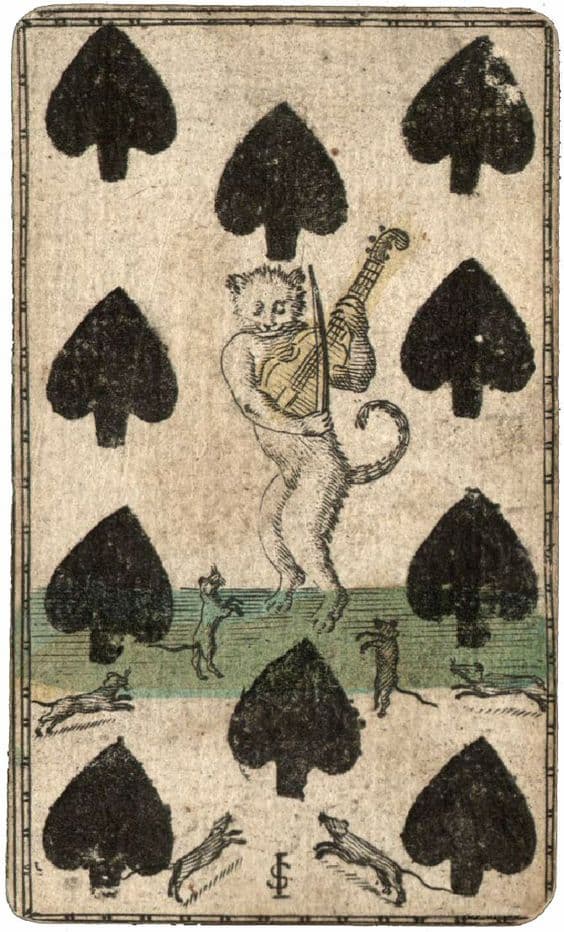 Illustrators chose a familiar domestic animal to add to the decoration of their manuscripts. When cats aren’t playing musical instruments, they also spend their manuscript time sorting out mice, attacking knights, riding around on people’s backs, and anything else that the illustrator could devise.

Next, we will look at illustrations of Rabbit musicians.