We started with instruments-playing cats, musical rabbits, and monkeys as musicians. The bear, a familiar animal from the forests of Europe in the Middle Ages. Although today the European bear is extinct in most of Europe, it still exists today, in very limited areas, in Eastern and Northern Europe and Russia, with the largest population in Russia in Siberia. They also appeared as part of traveling circuses or as dancing bears.

In the margins of medieval manuscripts, bears are a lot less common than the other animals we’ve seen, the more familiar and domesticated cats and rabbits, and the exotic monkey.

In the 15th century Spiezer Chronicle, illustrated by Diebold Schilling the Younger, we have an entire bear army complete with bear band, playing a flute, a drum, and, oddly, what looks like a tromba marina. This bear army represents the city of Bern in Switzerland; the city’s name comes from the word for bear and they still have a bear on their city flag. 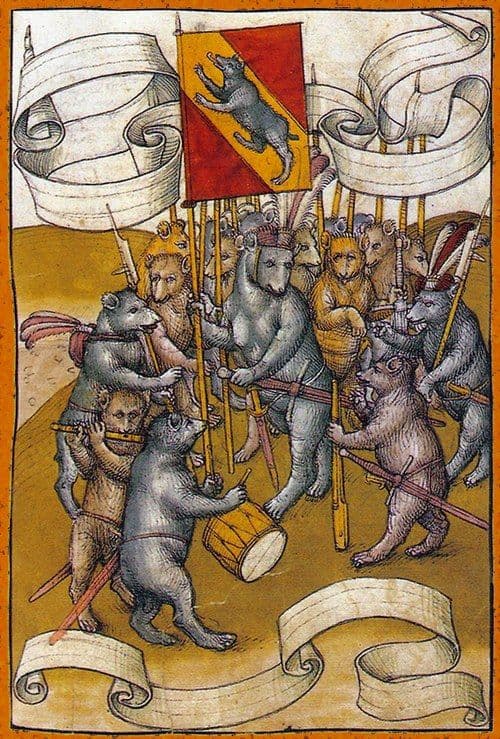 
Just as we’ve seen with other animals, we have illustrations of the bear playing pipe and tabor.


And a performing bear being trundled in a wheelbarrow while it plays the bagpipes. 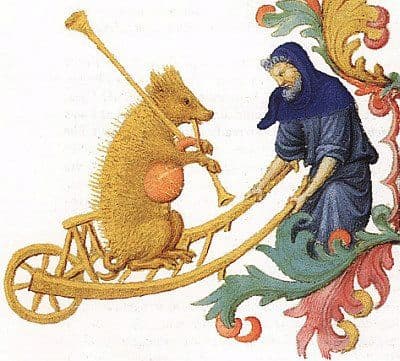 And, in the manuscript marginalia depicting the animal attendees at the funeral of Renard the Fox, we have a bear playing the wooden trumpet known as the cornetto. 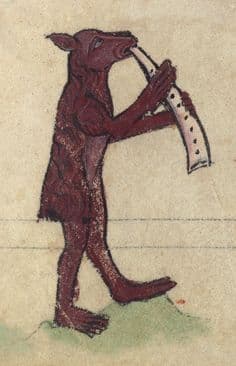 
We have two different bears playing percussion instruments: a drum and cymbals. 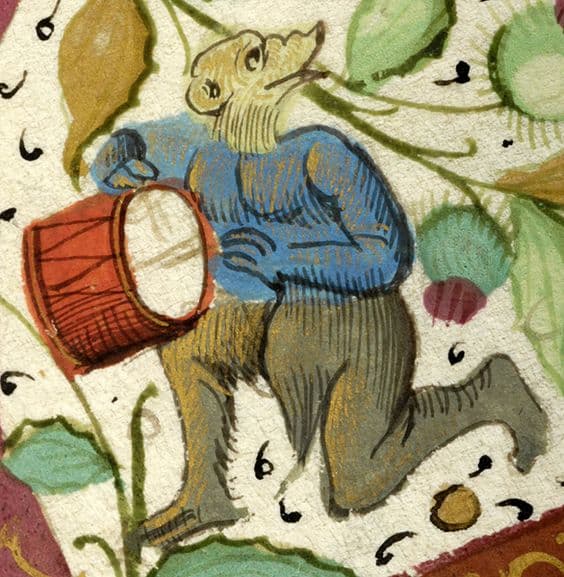 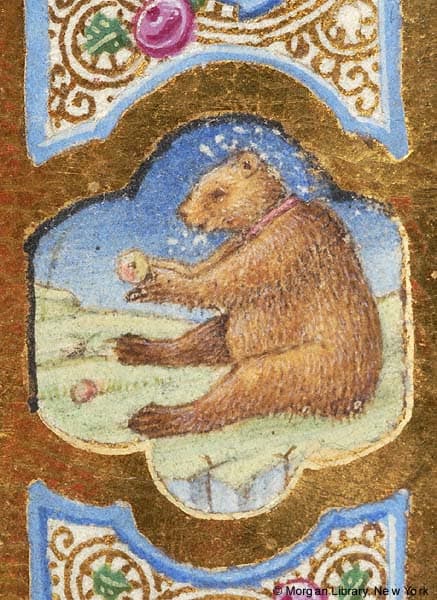 But, unlike the images we have other animals playing instruments, many of the bear musicians play in groups. We saw the musicians of the bear army above, but we also have a bear and a boar making music together where the bear is playing the vielle and the boar has thrown down his wind instrument and is holding up music, perhaps singing. 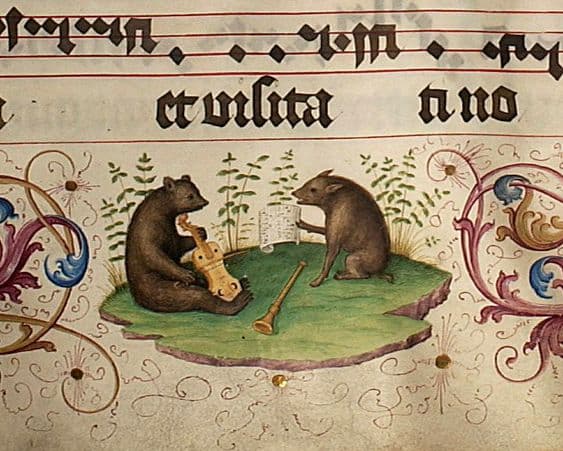 In this ensemble, the bear is now a lutenist, while a wolf and owl sing. 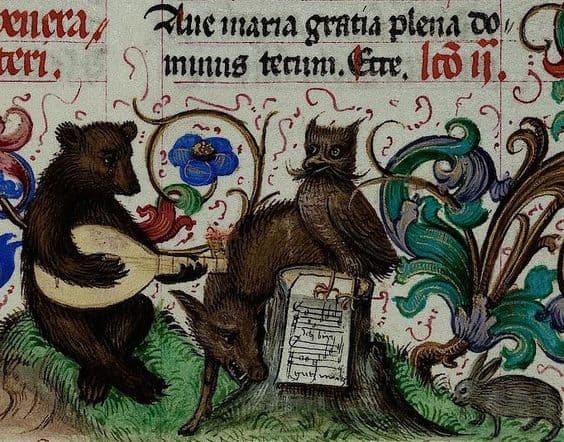 John Dowland: Book of Songs, Book 1: Can she excuse my wrongs (The Consort of Six)


In our last image, a dog on vielle, and a bear (or a hedgehog?) on the harp play together. The dog also appears to be singing and the owl in the middle just looks startled. 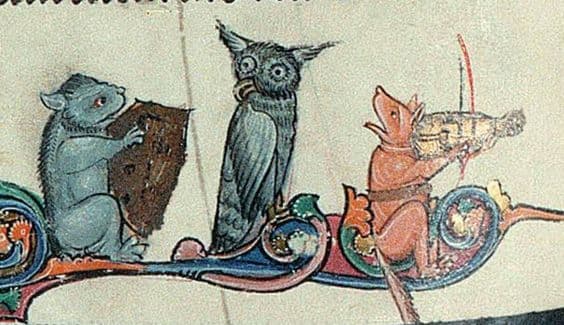 Bear / Hedgehog on harp with Dog on Vielle and Owl

The bear doesn’t have the domesticity of the earlier animals – we can make an association with a musical instrument and the sound of a cat or a dog. However, bears are also human-sized and can stand in as a rather furry replacement, perhaps.