We started with instruments-playing cats and rabbits as musicians. One of the other favourite animals for depiction in the marginalia were monkeys – like humans in some aspects but definitely animals. In one sense, the use of monkey imagery could be a comment on how it’s possible for anyone to learn to play music or a comment on how terrible bad music can be.

Monkeys are shown playing the most noisy of instruments, the bagpipe. 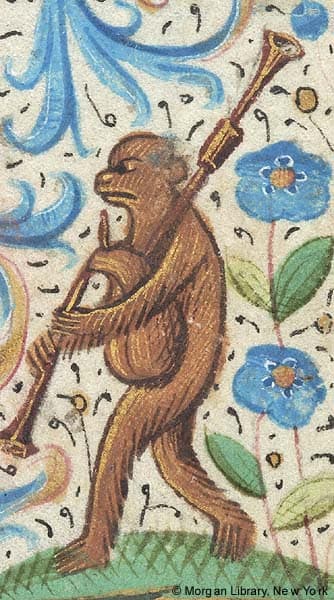 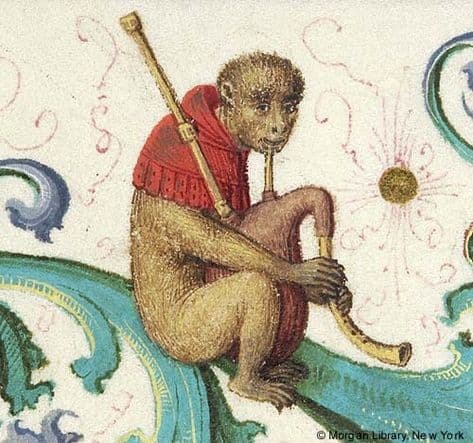 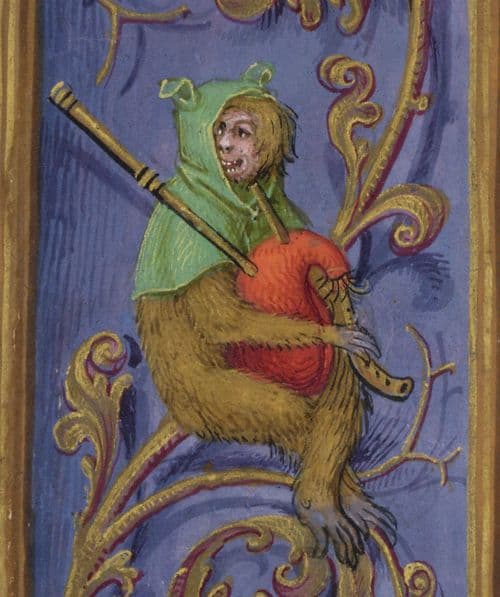 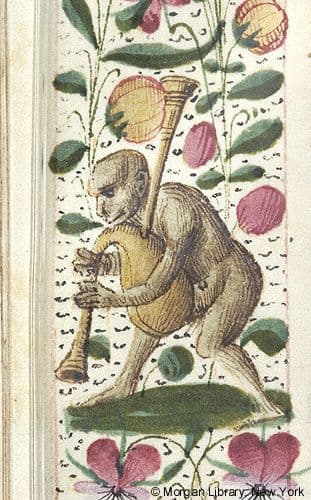 Since the original bagpipe was an entire animal skin with the openings either closed or fitted with pipes, the idea of an animal playing an animal instrument was just too good to ignore.


Monkeys are also shown playing stringed instruments such as the vielle, the psaltry, the harp, and a rare instrument, the tromba marina, which was usually only played by nuns. 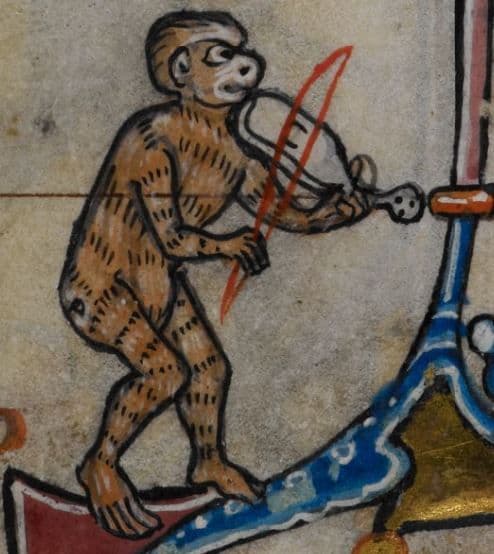 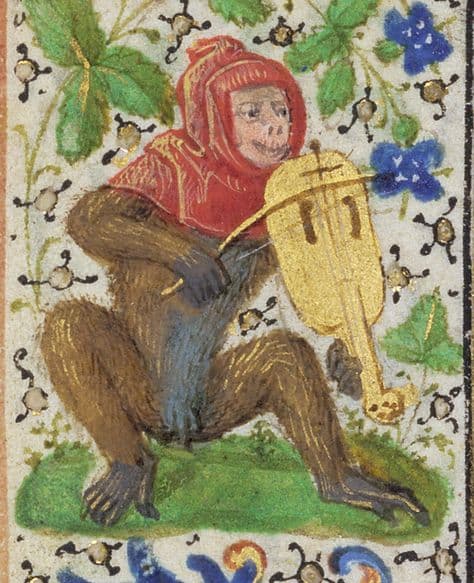 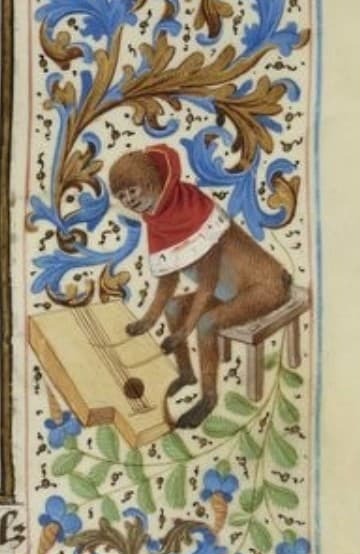 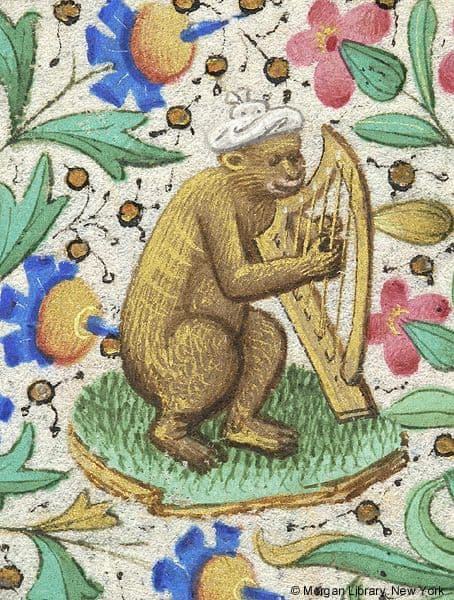 The tromba marina is a single-string instrument with a triangular-shaped body that is open at one end. It has a curiously metallic sound for a stringed instrument because of the unique way that the bridge is attached to the instrument body. In the early 17th century, the instrument was usually 7 feet 3 inches (2.21 m) long. It was often played by nuns, who were forbidden to play trumpets, to create a trumpet-like sound. The monkey is playing the instrument upside down – the bow should cross the strings at the top of the instrument, not at the bottom as shown.

Monkeys playing wind instruments seem to be less common, we do have them playing the shawm, a rather anonymous woodwind-shaped instrument, a horn, and the pipe and tabor. 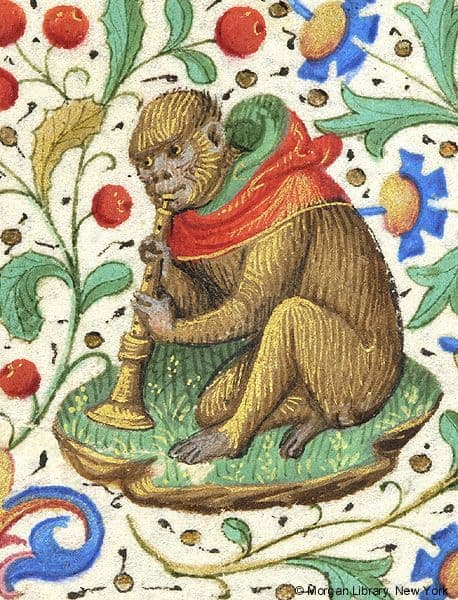 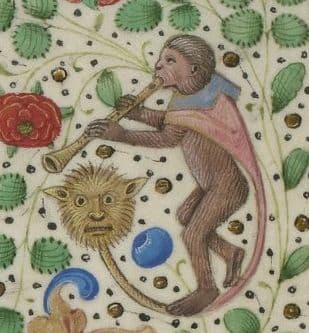 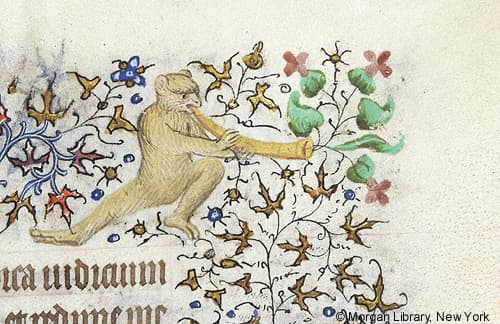 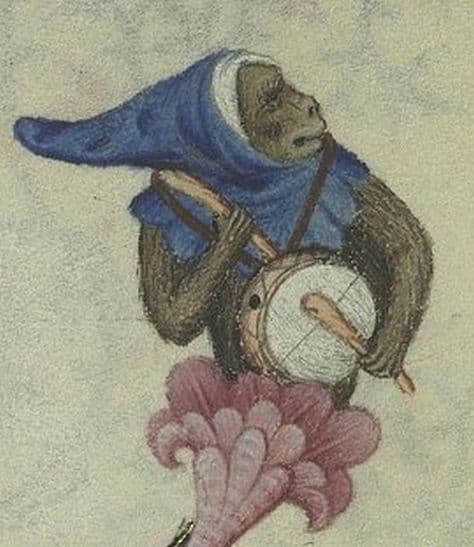 Monkey with pipe and tabor 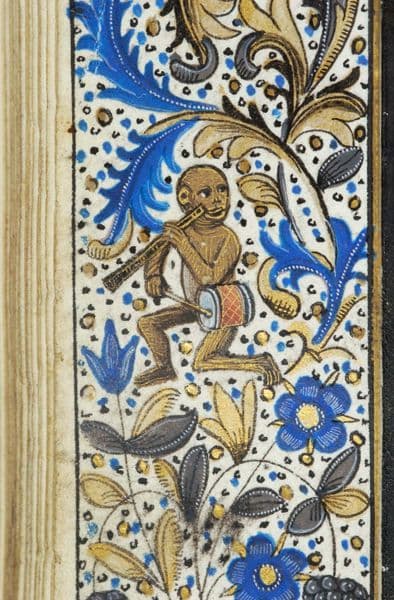 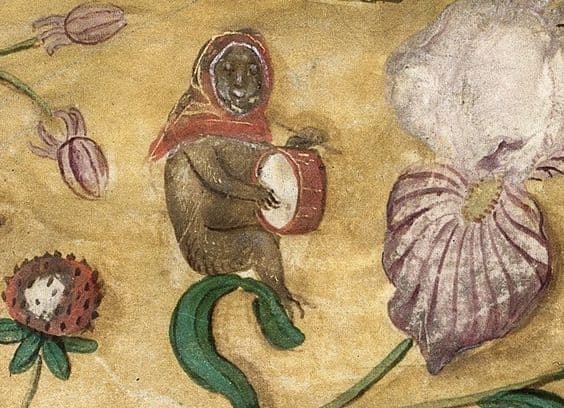 
The pipe and tabor were two instruments played at once by a single performer. The pipe, a simple pipe with three holes, was played in one hand while the other played the tabor, a drum that hung around the player’s body or attached to one wrist.

Monkeys played the portative organ, although with no indication of who was pumping the organ (see the rabbit musicians article), a frame drum, and the triangle. 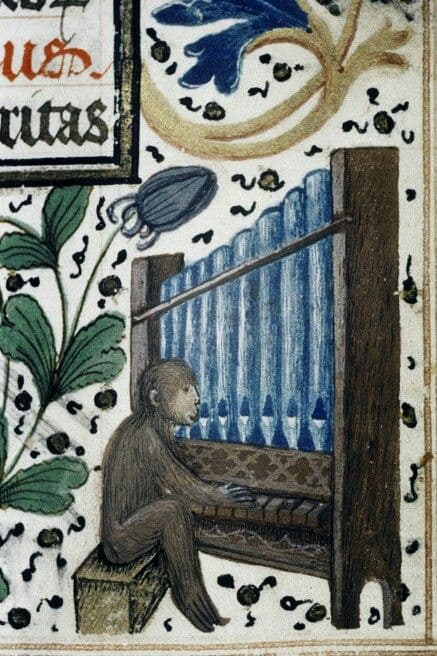 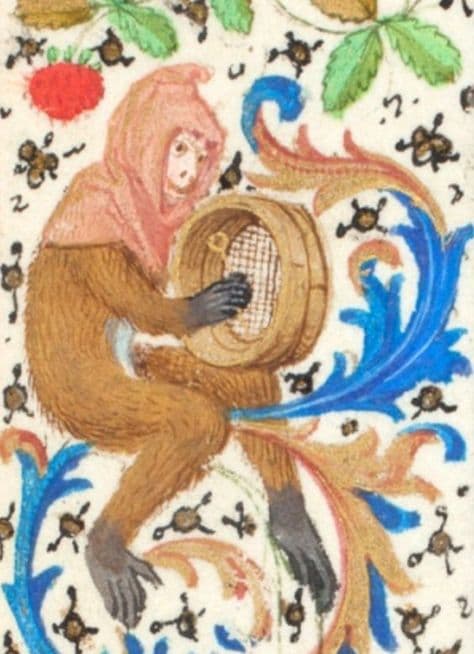 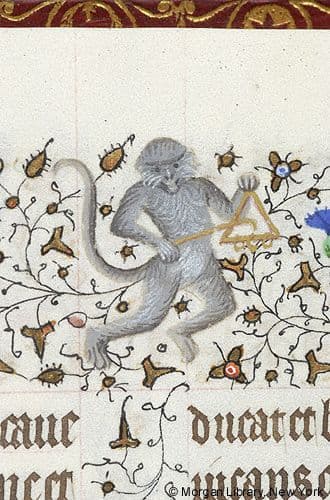 
What’s interesting is that, with the exception of the tromba marina, which is being played upside down, most instruments are shown in their proper playing style. The monkeys aren’t hanging from trees, although they may be sitting on branches or even small pieces of grass. Only one monkey, the one playing the triangle, has a tail, which is a characteristic solely of New World monkeys, so all the rest have to be Old World monkeys. Most of the monkeys are shown with clothes, sometimes only a hook, but other times with jackets and cloaks.