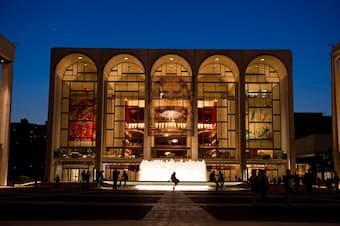 After reviewing the less-than-brilliant 2021, we can now go to the optimism side for looking forward to 2022! Concert! Travel! So much to look forward to!

Opera seasons are opening! I think the first opera we would all like to see is Un ballo senza Maschera but it probably won’t happen. I’m going to Rigoletto en masque in January. And the Metrpolitan opera’s for January 1 are both Cinderella and Die Zauberflöte – both operas of transformation. Cinderella into a princess and Tamino into a follower of Sarastro.


Perhaps another opera that might be appealing would be The Flying Dutchman. To get back to travel, to go personally to help those poor needy tourist areas that have been longing for your return. That’s the 2022 spirit!


Other inspirational holiday music might include Charles Ives’ Holiday Symphony or even something like Copland’s Rodeo, for when you take that trip to the west to a dude ranch (do they still have those?). What about Stravinsky’s Rite of Spring to start the year off right? Shake off that snow and get Spring moving again! Avoid the dancing to your death part at the end, though.


Vaughan Williams’ Songs of Travel might be a better inspiration. The opening song, The Vagabond, with its marching tempo, gets us out of our chairs and out into the open again!


Tom Flaherty’s Time to Travel pushes us forward with a work for 2 pianos – also urging us to move and explore.


British-Australian composer Michael Easton took inspiration from Gershwin’s An American in Paris to write his version, An Australian in Paris. Unlike Gershwin’s confident city explorer, Easton’s traveler is a bit shyer. His third movement, Alone and Lonely, catches a feeling that happens to many a world traveller – you’ve done the obvious things and now it’s day 5 and all you want to do is talk with someone who understands you in your own language.


Perhaps the best music for walking around is Mussorgsky’s Pictures at an Exhibition. Set by Mussorgsky as a representation of a stroll around an exhibition of his friend Victor Hartmann’s drawing and watercolours made as the artist travelled around Italy, France, Poland, Russia, and the Ukraine – remember when we could do that too? Plan for where you can go in 2022! 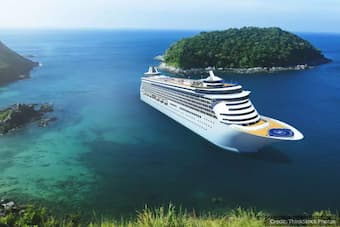 In his song cycle Sea Pictures, Edward Elgar takes us down to the sea and under the sea and in the sea with In Haven (Capri), linking the storms that sweep the sea with the discovery that no matter what happens, ‘love alone will stand,’ ‘…will last.’ ‘…will stay.’ The orchestral evocation of the waves is a lovely underlay to the text.


Canadian Composer Andrew Staniland, however, writes about a Dreaded Sea Voyage, inspired by a line in a Mahler biography about his dread of an impending sea voyage. The idea might have been the mental inspiration, but the other spark came from the music included on the Voyager space craft, which, some 36 years after its launch, was leaving our solar system. The music, from Bach’s Brandenburg No. 2 to Javanese gamelan music, all has its place in his composition. The dreaded sea is that of the universe, which will eventually be our final voyage.


You may not be heading for space and the final frontiers in 2022, but we hope you’re headed outside your house, outside your neighbourhood, and into wonderful new experiences.