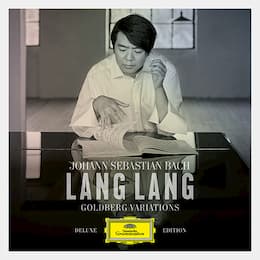 The plethora of Goldberg Variations recordings, since pioneered by Wanda Landowska in 1933, has garnered many different, if not conflicting, views. Even the great pianist Glenn Gould who recorded them twice, first in 1955 then later in 1981, crystallises opposite opinions among split aficionados. Gould himself got caught in such momentum, having surprisingly denied his own 1955’s version, once his second dramatic attempt was achieved; being his last appearance in a studio before his death.

Puzzled musicologists and overwhelming Lang Lang’s fans inherently were divided when his recording of the Goldberg Variations by J.S. Bach was released in September 2020. In a way, there is an existing ground for disputes as this work is distant from his well-known repertoire. Over the years, Lang Lang has built up his own character described by his detractors as a circus. His delight in playing full mannered romantic music is under scrutiny because it is dotted with fluctuations of tempo, exaggerated loud/soft dynamics which make music black and white, sleight of hand rather than contained emotions, unsynchronised left/right hands. The latter is found numerously in the introduction piece of the Goldberg, or aria; unfortunately, not for the better, I am afraid.


Two renditions were included in Lang Lang’s ‘De Luxe Edition’. I am wondering why? No marked differences like Gould’s (see above) can justify a bulky package of four CDs, knowing the fact that if you must include the Goldberg Variations in your limited luggage before landing on your desert island, Gould’s treasures, i.e., 1955 plus 1981, only take up half the space.

So, our basic questions are: how is Lang Lang nowadays? Is he selfless enough to abide by Bach’s music?

In order to answer such burning questions, I believe that a middle path must be found which does not imply, either being complacent to Lang Lang or being dogmatic by hiding ourselves behind a requisite of ‘historical truth’.

If we do not bother anymore with the outdated arguments whether we should play the Goldberg Variations on a harpsichord or on a modern piano, as noticed by many open-minded scholars like András Schiff for example, Lang Lang can be of a premium choice demonstrating how huge his overall abilities are at mastering a modern Steinway. His playing can be dazzling because his technical means are colossal, notable at the most technically challenging pieces like at variations 20 or 26. A polyphonic clarity when needed (variation 10), a very wide sound palette (variation 13) without juggling too much with the metallic sounds which could be detrimental to Bach’s keyboard works, a cantabile touch (variation 2), and, finally, a stunning pianissimo (aria da capo) curling the silence which is particularly obvious during his live performances of the Goldberg Variations he is currently giving in several places around the world, like the one at the Barbican on the 10th December 2021 of which I attended.


On the other hand, one can wonder about his conception underlying the construction of this monumental edifice which should not be tackled as a set of ‘independent miniatures, each with its own character and expression’ (I quote Gould), but rather as a consistent whole whose progression and climax eventually unveil the hidden cosmic order otherwise out of grasp.

As an example, we expect much more from Lang Lang after a pretty successful variation 29. The Quodlibet which follows is not a nice piece of music to amuse the gallery, but rather as a four-part harmony chorale that brings Joy and Hope to Mankind.

Variation 25 probably is the one that raises up a groundswell of criticism. It is admitted for instance that his elongated interpretation was ‘stretched beyond belief’. However, I do not fully agree with the conclusions reached! I would rather take into account that Lang Lang is able to create a breathtakingly dense discourse, each note calling the next one in a perfectly readable and structured architecture. For once, his propensity of a romantic way of playing answers the question ‘whether music expresses and arouses emotion or is really doing something else’ (Peter Williams in Bach: The Goldberg Variations).

I dream that he will consider making a new recording of the Goldberg Variations in twenty-five years’ time when he would be more mature as a musician. I am sure that many music critics may unify themselves in a more single view for his retake to come.

Pierre Tran is a piano teacher who runs a private studio in the UK. He published a revised edition of the Goldberg by J.S. Bach along with commentaries in May 2020. This work is based on history, musicology and the art of interpretation, not forgetting pedagogical advices.
https://goldbergvariation.com/