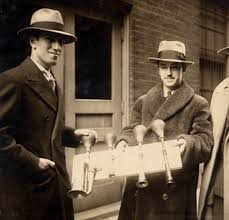 Gershwin and the car horns

When George Gershwin made his way to Paris in 1926 he was looking to expand his musical horizon by taking lessons with Maurice Ravel. Ravel excused himself under the pretense of not “wanting to spoil Gershwin’s musical voice,” and he referred him to Nadia Boulanger, who also refused to tutor him. Undeterred, Gershwin met up with Stravinsky, Milhaud, and Auric, and he certainly soaked up the exciting atmosphere of the Parisian capital. 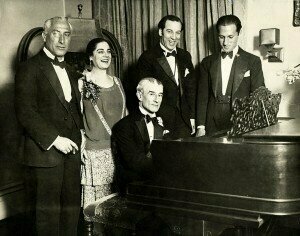 Gershwin also composed a fragment of music labeled “Very Parisienne” that was inspired by the sounds of taxi horns along the Paris boulevards. In March 1928, George and Ira Gershwin returned to Europe for three months, with Ira recording in his diary, “George is spending considerable time networking, sharing his progress with composers and publishers. He is mingling with composers and artists from across Europe, including William Walton, Honegger, and Prokofiev.” And George also went shopping for car horns in the automobile shops along the Avenue de la Grande Armée!

George Gershwin: An American in Paris 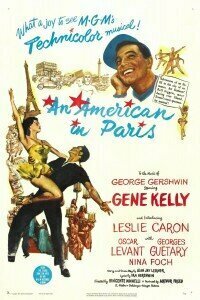 While in Paris, George worked feverishly on An American in Paris and finished the sketch soon after returning home. He described the work as “the most modern music I’ve yet attempted,” its beginning being “developed in typical French style, in the manner of Debussy and the Six.” 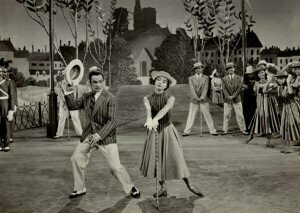 An American in Paris

It premiered on 13 December 1928 at Carnegie Hall with the New York Philharmonic conducted by Walter Damrosch. It immediately thrilled American audiences and even gained the respect of a number of major composers. Gershwin subtitled the work “A Tone Poem for Orchestra,” and kept referring to it as a “rhapsodic ballet.” The work achieved lasting fame in the 1951 American musical film “An American in Paris.” The story of the film is interspersed with dance numbers choreographed by Gene Kelly and set to Gershwin’s music. The climax of the film in the 17-minute ballet sequence making use of the entire “An American in Paris” score.