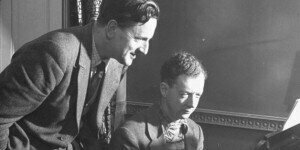 In August 1959, Jubilee Hall in Aldeburgh was undergoing a complete refurbishment, and to celebrate the reopening a year later, a new opera was definitely required. Since Benjamin Britten already was the artistic director of the Aldeburgh Festival at that time, he decided to take on the task and compose a full-length production. Britten and his partner Peter Pears quickly settled on Shakespeare’s comic masterpiece A Midsummer Night’s Dream. The unique ambience of the story had attracted musicians for a long time. In all, thirty-nine composers have made some sort of attempt to transfer the play to the operatic stage. 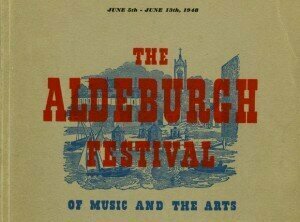 Britten and Pears made several radical changes to the Shakespearean play. They also reduced Shakespeare’s five acts to three by cutting roughly half the text. However, they only needed to insert six words of their own! Despite these enormous cuts to the text, Britten famously stated, “the original Shakespeare will survive.” By operatic standards, that still leaves an enormous number of characters: Two pairs of confused lovers, the King and Queen of the fairies who are fighting over a foundling child, the Duke and his intended wife, and a band of bumbling commoners. 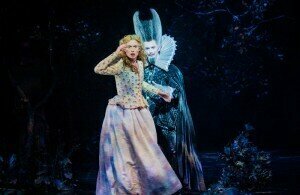 With the libretto swiftly assembled, Britten set about composing the musical score. Although he suffered from bouts of depression and various health issues throughout the winter, work steadily progressed and MSND premiered on 11 June 1960 at the Aldeburgh Festival, conducted by the composer and with set and costume designs by Carl Toms; all directed by the choreographer John Cranko. Frank Howes of the London Times described it as “a major opera of the size and quality to follow Peter Grimes around the world.” The Royal Opera produced the work a year later, and MSND quickly became part of the international repertory. It still ranks, as “one of the most successful operatic adaptations of a Shakespeare play, and it is possibly the most enchanting of all Britten’s operas.” Not only a work of the highest imaginative order, it also is one of the most popular operas of the 20th century.