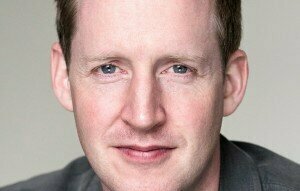 Once in a while, an entrancing concert would ooze “wow factors” that grip the audience’s attention, but, unleashed in a subtle and discreet manner, could render the impact all the more powerful. At the recent Verbier Festival, I came across two concerts comprising such spellbinding moments – the work of a new generation British conductor, who impressed me as an innately gifted musician with seriousness of purpose. He is Justin Doyle, the Principal Conductor and Artistic Director of RIAS Kammerchor, a prestigious German choir based in Berlin. Evincing exquisite artistry, as well as extraordinary leadership and benevolence, he quietly makes waves, or “cultivates greatness”. 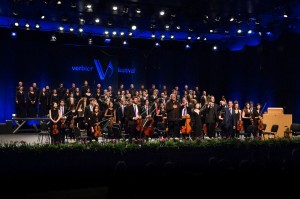 I had a chance meeting with Justin Doyle on July 21st, 2018, after the magnificent performance of Joseph Haydn’s “La Creation”, Oratorio Hob. XXI:2, by the RIAS Kammerchor and the Verbier Festival Chamber Orchestra under the direction of Gábor Takács-Nagy. I was compelled to compliment Justin on his choir’s outstanding quality – the impeccable balance of colours, the purity of the voices, and particularly their strong tenor section, a rare find in my experience.

Following this concert, the choir delivered another glorious performance on July 24th, 2018, of Gabriel Fauré’s Requiem in D minor, op. 48, with the same orchestra but under the direction of Marc Minkowski. However, I understood that Justin was actually responsible for the rehearsals, i.e., he masterminded behind the scenes. I was intrigued, so immediately secured an interview with him.

Justin was appointed to lead the RIAS Kammerchor starting from the 2017-2018 season. The choir, founded in 1948, is regarded as one of the 10 best choirs in the world (Gramophone, 2010). In their history, besides presenting established repertoire by composers such as Claudio Monteverdi and J.S. Bach, the choir premiered many works specifically dedicated to them by contemporary composers, the likes of Paul Hindemith and Pierre Boulez. Justin is definitely in sync with the juxtaposition of Renaissance/Baroque and 20th century music. Quote from him : “We always live in a continuum. That’s what’s interesting to me. When you’re told you only do ‘Alte Musik’, it’s terribly dull being in a pigeonhole.”

I asked how the choir maintains its high standards. Justin explained that all 35 singers are full-time professionals with long-term benefits. To ensure its excellence, the initial audition process must be extremely stringent. Although each member can stand alone as a soloist in his or her own right, yet as a unit, they must integrate fluidly and seamlessly into the greater whole. Apparently when new singers apply, all choir members are present at the auditions, and participate wholly in the admission decisions. Fostering the “chemistry of personal relationships” is of utmost importance to Justin. He aptly described the organization as: “a most wonderful choir – very warm sound and very warm people”.

Born in Lancaster, U.K., Justin has a pedigree that defined his musical career from a young age. His father was the founder and conductor of Lancaster’s Haffner Orchestra, as well as a music lecturer in the then St. Martin’s College. His mother is a respected piano teacher, and his sister a well-known soprano. Justin showed musical promise early on, and was given a baton to conduct at age 7! He was a chorister at the Westminster Cathedral Choir from age 7 to 13, and at age 8, sang for the Pope. He studied cello and conducting seriously while in school, and thereafter attended King’s College, Cambridge, as a choral scholar. 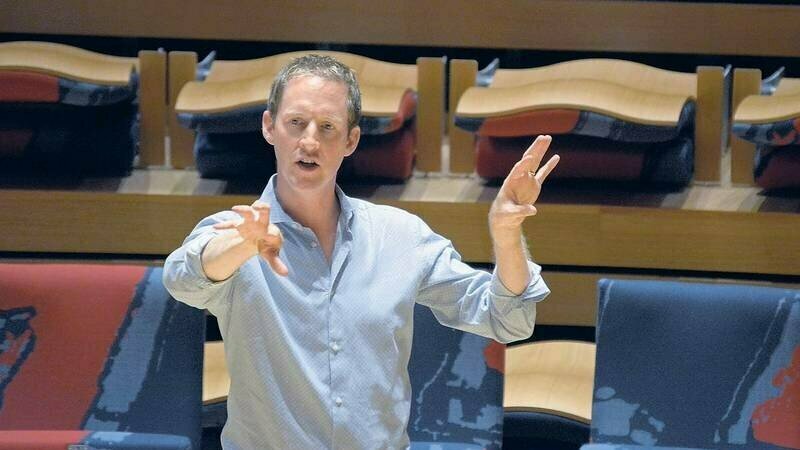 After University, Justin continued conducting operas, choirs and orchestras, including the BBC Singers. Clearly, his career had taken off by then, with engagements by numerous orchestras, among them Opera North and the Haffner Orchestra – a musical director role that he still maintains alongside his current post. His energy is particularly notable, and his enthusiasm contagious. As a spokeswoman for the Haffner Orchestra said: “Justin is an amazing conductor……he really knows how to fire up and manage an orchestra.”

I asked Justin how he views his professional role, and how he portrays his conducting style. With his modest demeanour, Justin identified himself as a team leader – a coach – whose job is not to lecture or dictate, but to inspire others, and to convey new ideas, so they may experience something different about the music. His approach as a conductor is based on mutual trust and democracy. His mode of operation is to guide the group to actualize their own musical instincts, but reminds (or encourages) them to do 10% more in their direction.

Justin prides himself as being relentlessly well-prepared. He studies scores diligently and comprehensively to formulate ideas, but first and foremost, he alludes his interpretation to the composers’ intentions. From that comment, I surmised that he does not have an inflated ego. Moreover, he said he consciously makes an effort to speak German to his choir, despite the fact that he is not as proficient in that language as his own, a characteristic that conductors are not always renowned for. Such an attitude truly reflects both wisdom and humility ingrained in Justin.

As for the major influences in his upbringing, Justin attributed his discipline to his perfectionist father, accomplished family, and his training as a chorister at the Westminster Cathedral Choir, which was understandably strict, citing immensely rigorous routines. Clearly, his choral background has been deeply rooted in the tradition of Gregorian chants, motets, Palestrina and his contemporaries.

As I was comfortably painting a picture of Justin as a quintessential choir boy, he surprised me by revealing his passion for African tribal music! I became totally fascinated by his divergent scope, puzzled how he juggles dissimilar musical genres, and curious about his quest to weave distinctly African elements into his music. After some mild probing, I discovered Justin’s lifelong infatuation with Africa, and his close bonding with friends there, who are essentially “family” to him. 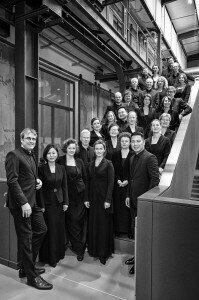 As a young man he began travelling to that continent, and had visited frequently through the years, mainly to Kenya and Ethiopia. He told countless stories reflecting his affection for the people, appreciating their openness, authenticity and warmth. He praised their genuine love of life. He learned from them how to live simply and meaningfully. He lauded their honesty and lack of pretentiousness. Lastly, Africa offers the escape he seeks from Western elitism – a striking perspective.

As Justin narrated his fond memories, his eyes sparkled, his voice quivered, and one could sense the abundance of emotional gratification he derives from this connectivity. His compassion for the sufferings of the elderly and the young, the underprivileged, the poverty-stricken, and the victims of war-torn countries is overwhelming, so much so that he even entertains the possibility of becoming a nurse there! This African allure has left an indelible mark, and in his own words, has profoundly “educated him”.

Justin lives with his young family in a countryside setting in Skipton, U.K., but he himself commutes regularly to Berlin for his commitments. His imminent concert tour with RIAS Kammerchor will be to Japan.

To conclude, I consider Justin a visionary leader, who, imbued with an affinity for humanity, enriches lives by making a significant and long lasting impact on others. He is a superbly caring, incredibly multifaceted and seriously talented individual, who will continue to cultivate great music, nurture great relationships, fire up great musicians, and, will never ever be contained in a pigeonhole.