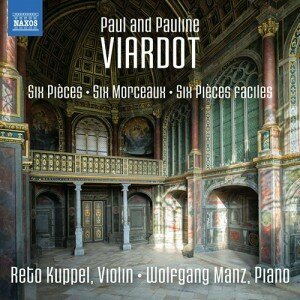 Pauline and Paul Viardot were members of the famous García family, Pauline’s father the world renowned operatic tenor Manuel, and her son Paul a violin prodigy who rubbed shoulders with Europe’s elite and became a friend and colleague of Saint-Saëns. Pauline’s Six Morceaux were composed as a gift to her young son. Beyond his Sonatas (Naxos 8.573607), much of Paul Viardot’s music consists of the short ‘salon’ works on this recording. They are considered ‘a treasure of melodies’ by Reto Kuppel, and an evocation of 1920s Paris and French elegance.