Composers Inspiration
How Inspiration Strikes
by Georg Predota May 4th, 2019

Composers tend to be a peculiar lot, particularly as it pertains to the best and most conducive circumstances in which they compose their best music. Of course, reports of that nature tend to be highly anecdotal, but more often then not, they do contain at least a kernel of truth. 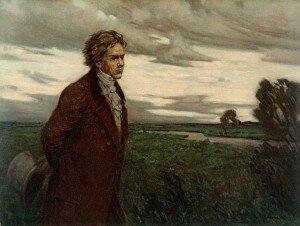 Beethoven on a Walk by Berthold Genzmer

As the American painter, artist and photographer Chuck Close famously stated, “Amateurs sit and wait for inspiration, the rest of us just show up and go to work.” Beethoven, for example, went for vigorous walks through the forests and hills surrounding Vienna after lunch. He always carried with him a pencil and a small pocket sketchbook, recording any musical ideas that would thus come to his mind. Gustav Mahler not only locked himself in various Komponierhäuschen (Composer’s cottages), he also took 3 to 4-hour walks after lunch, recording his musical impressions in a notebook. 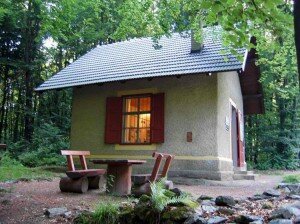 For Benjamin Britten, afternoon walks were “where I plan out what I’m going to write in the next period at my desk,” and Richard Strauss preferred to compose in his garden cottage until lunchtime, when it was time to head for the local restaurant.

Solitary walking, however, was clearly not the only source of inspiration for great musical minds. Gluck, it was said, wrote best when he was sitting in the middle of a field, and Rossini was most productive when he had partaken of “a good flask of wine.” 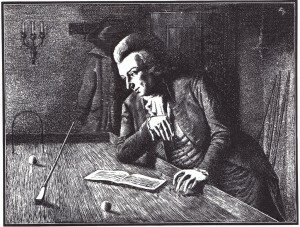 Mozart at the Pooltable by Oswald Charles Barret

It is said that Mozart composed his best music while playing billiards, and Paisiello enjoyed composing while lying in bed. A pretty woman by his side, and his pet cats playing around his feet was a prerequisite for Sacchini to write well, while Sarti preferred to sit in a dark gloom lighted only by a single candle. 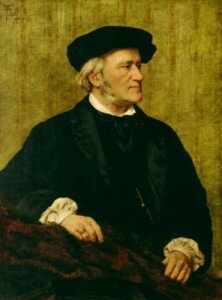 Cimarosa composed his best works surrounded by a dozen of gabbling friends, with light conversation inspiring his music. Mćhul, on the other hand, trying to get away from the noise and bustle of the city. Once, he went to the Chief of Police in Paris and asked to be imprisoned in the Bastille. And let’s not forget Richard Wagner, who liked his silken undies and heavy perfume in order to be properly inspired. He also needed perfect quiet, and nobody was allowed entrance to his study—it is reported that even his meals were passed to him through a trap door. Believe it or not!