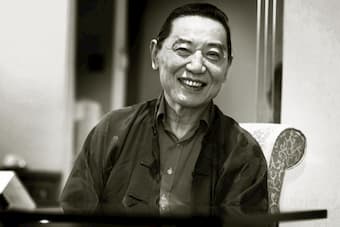 In the waning days of 2020, Covid-19 has claimed the life of Fou Ts’ong, the original Chinese poet of the keyboard and the first internationally acclaimed Chinese soloist. He was an introspective interpreter, who lived his life in the greatest modesty. “I am always a beginner,” he once said, “I am always learning…” For a good many of his colleagues, Fou Ts’ong was a pianist’s pianist, and the Chopin Institute writes, “we bid farewell to a master, musician and philosopher with a unique gift for conveying Chopin’s greatness to the world both in words and, above all, through his playing. In a special album recorded to mark the artist’s sixtieth birthday, Martha Argerich, Leon Fleisher and Radu Lupu wrote, “Fou Ts’ong became one of the great teachers of our time. We are obliged to Fou Ts’ong for all his new ideas and for opening new musical horizons for all of us.” His former student William Youn writes, “he was an artist—the most sensible, unpredictable, he could laugh like a child and suddenly be transcendental like an old monk. You could feel his scar inside him, the pain he carried, which he tried to heal everyday through music.” 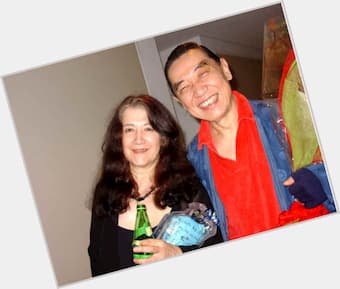 Fou Ts’ong’s life was anything but a glittery fairy tale. It is a story of forced exile, which ranged from his childhood during the Japanese occupation in China, the horrific fate of his family during the Chinese Cultural Revolution, and all the way to his dramatic escape via Poland after the Chopin Competition. Fou Ts’ong was the son of a leading Chinese scholar, Fu Lei, who had spent a number of years in Paris and Europe. “My father was an extraordinary person,” he said, “a renaissance man of great humanism; that is the way I was brought up. I was taught classical Chinese from a very early age.” The family owned a large number of records of classical music, and from an early age “I was mesmerized by music, yet it was not until I was 17 years old that I began to take the piano seriously, and it became the focus of my life.” He did receive early lessons at ten, but after the family moved to Yunan province, Fou became a rebellious teenager committed to the idea of communist revolution. His father disagreed and the family became temporarily estranged, but eventually Fou returned to Shanghai to continue his musical development. 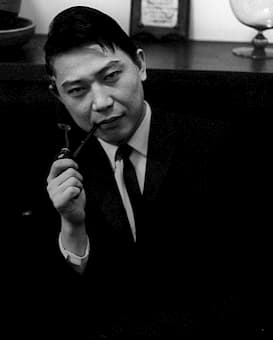 At 17, Fou decided to become a concert pianist, but surprisingly he had very few lessons. “I studied by intuition, thinking and reading books. I studied on my own and made my debut one year later. In Shanghai that made such a stir that central government, who wanted to send someone abroad for a competition, came to Shanghai to search out for me as one of the candidates.” Fou entered a competition in Bucharest and won third prize, initiating an invitation to participate in the Chopin Competition in Warsaw. He did enter the competition and won the mazurka prize. Fou continued his studies in Warsaw and Cracow, and since it had become dangerous to return to China, he extended his stay in Poland. His friend and supporter Sviatoslav Richter attempted for Fou to officially visit Russia, but nothing came of the scheme. In the end, with help from some eminent friends, Fou made a dramatic escape to Britain. 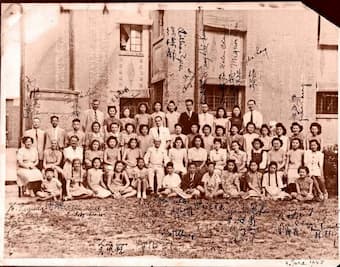 Fou Ts’ong (front left) with his classmates and teachers at
Shanghai National Training School of Music, 1945

While Fou was immediately celebrated in the West, his parents got caught in the Cultural Revolution in China and both committed suicide. Despite all hardships and heartbreaks, Fou “considered himself terribly lucky, although he did not consider his career that easy, partly because of his deficiencies, but partly and largely because of his character.” Fou was always thankful that “I never had so much success that I could be blinded by vanity, and as my father told me, with music you could never be lonely because you are living with the greatest souls of the history of mankind all the time.” Fou had some very sensible advice for young pianists as well. “First, you must have good self awareness,” he writes, “to know what you’re made of. If you really have got it in you, not only talent but real aspiration, that means you are ready to sacrifice your life for it, totally dedicated to it, that’s almost more important than talent. And even with these two, you have to be prepared to get nowhere in terms of worldly success.” In the words of a colleague, Fou was a pianist who let the piano speak for itself. Fou, who shared his life with Zamira Menuhin, daughter of Yehudi Menuhin then with the Chinese pianist Patsy Toh, died in London aged 86.