Winner of Tchaikovsky Competition in 1966, Grigory Sokolov has been hailed as one of the greatest pianists. Known for his mastery of the keyboard, Sokolov is always able to conjure up a kaleidoscope of tone colours from the piano.

I first encountered with the name Grigory Sokolov when I was about 12 – I was literally astonished by the video below! Just listen to how he built up the intensity towards the climax with an unusually slow tempo.

Sokolov is also famous for his demeanour on stage. He walks onto the stage without a slightest smile. Then, he just sits down and plays – no histrionics at all. His playing is characterised by exceptional control with each note and phrase carefully weighed and crafted. That being said, it is never short of emotional depth and expressivity. As Jessica Duchen beautifully describes, Sokolov squeezes out every last drop of meaning from the music.

“Anything that disturbs the music is against it and has no place together with it.” – Grigory Sokolov 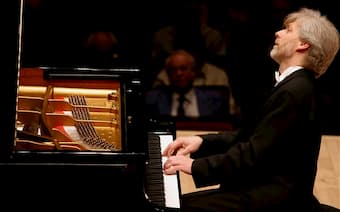 Like Sokolov, Zimerman is insistent on technical perfection of the piano he plays on, in order to produce the exact sound (not necessarily a beautiful one) he is looking for. He is one of the few, if not the only one, pianists who would tour around the world with his own set of keyboard.

Laureate of Chopin Piano Competition 1975, Zimerman continues to prove himself as a champion in Chopin’s works. This studio recording of Chopin’s Ballades, I believe, can be said to be legendary. Beautiful voicing, aristocratic but passionate, colouristic and polished playing with a sense of structure throughout.

“The performer has to be the first victim of his performance. He has to honestly die when the piece calls for it.” – Krystian Zimerman 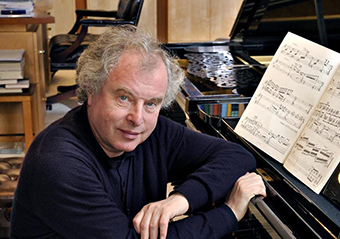 Schiff is my favourite pianist for Bach’s music – clear delineation of voices, spectacular display of Baroque rhetoric and, most importantly, purity in his playing. There is a pleasing combination of deep understanding of the material per se, constant stylistic awareness, and both the humane and spiritual nature of Bach’s music.

The Gavotte has some infectious buoyancy and playfulness with the ornaments in the repeats, conveying such a jovial mood; while the Gigue is lively and full of subtleties.

“A musician’s life without Bach is like an actor’s without Shakespeare.” – András Schiff 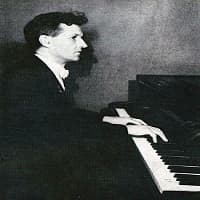 Sofronitsky is best known for his playing of works by Scriabin, who happens to be one of my all-time favourite composers. Emil Gilels, another great pianist, proclaimed that “the greatest pianist in the world has died” when knowing Sofronitsky passed away. His interpretations are marked by absolute freedom, spontaneity and explosiveness.

That poetry and esctasy in his playing of Scriabin’s Valse!

And what a performance with white-hot passion and unparalleled intensity here! Take note of the roaring bass in the central section, symbolising boiling desire and urge. 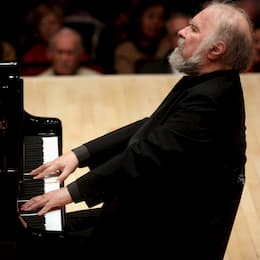 Lupu is probably the most seclusive pianist of all time – almost always declining interview invitations, zero social media engagement, last commercial recording made in mid-1990s… His Mozart is certainly the most sublime that I’ve ever heard – natural, serene and simple. His retirement from concert stage last year is, without a doubt, a great loss for all pianophiles.

This movement immediately sends listeners to another world, away from all the chaos and troubles we are encountering in the real world. What a transcendental experience…


“Everyone tells a story differently, and that story should be told compellingly and spontaneously. If it is not compelling and convincing, it is without value.” – Radu Lupu

There is, of course, a long list of other pianists that I adore, but that’s it for the time being. Who are your favourite pianists? Share with us in the comment section.