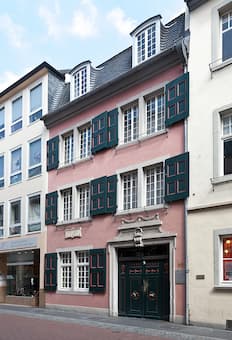 With some notable exceptions, the vast majority of the civilized world is currently in deep shock by the humanitarian catastrophe unfolding in Ukraine. Once again, millions of innocent civilians are made to suffer by a totalitarian dictator, and once again, the European continent is profoundly shaken by a massive refugee crisis. In support of refugee musicians and their families, the Beethoven-Haus in Bonn has started an initiative of support.

“In the spirit of Ludwig van Beethoven,” they write, “we are planning to set up several recently renovated apartments above the shop of the Beethoven-Haus for musicians and their families who have been forced to flee from the conflict region.” Titled “Hope for Peace,” the initiative is also planning for a series of benefit concerts with the aim of contributing to an understanding between those affected in the conflict regions, and to provide a platform for an understanding of how Russian and Ukrainian music can contribute to a culture of peace.” 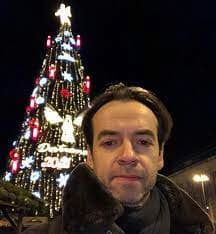 As a sign of solidarity with Ukraine, a number of concerts have already taken place, but the first benefit events are planned for April 2022. Among them is a concert by Ukrainian jazz pianist Vadim Neselovskyi, who will present a solo program titled “Odessa.” Neselovskyi grew up in Odessa under the terror of the Soviet regime, and he became the youngest student ever accepted into the famed Odessa Conservatory. He fled Soviet repression and persecution at the age of 17, and after spending some time in Germany, settled in New York City.

In support of the “Hope for Peace” initiative, Interlude decided to prepare a blog featuring the plight and accomplishment of some refugee composers and performers. The biggest refugee crises in the 20th century was undoubtedly caused by World War II, with “around 200,000 European refugees entering the United States out of millions of people that were attempting to find safety from Hitler’s regime.” Among them were countless musicians and composers, including Arnold Schoenberg, Béla Bartók, and Kurt Weill (1900-1950), among countless others. 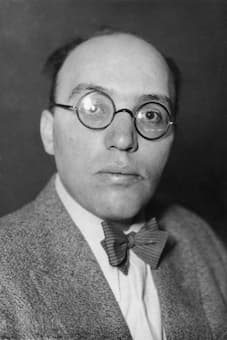 Kurt Weil grew up in a religious Jewish family in Dessau and took lessons with Engelbert Humperdinck. In due course, he became a leading composer for the stage, probably best known for his fruitful collaborations with Bertold Brecht. One month after Hitler had been appointed Chancellor of Germany, Weill’s opera “The Silverlake” opened in February 1933. On 4 March all productions of the opera were stopped and all future productions banned. When Weill was told that he was about to be arrested by the Gestapo, he hastily packed a few belongings, drove to the southern border of Germany and secretly crossed into France. Weill became a refugee leaving his possessions, his fortunes and most of his music behind. 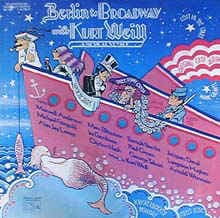 Berlin to Broadway with Kurt Weill

Weill stayed in Paris for 2 years, but he was once again forced to resettle. He moved to America in 1935 and was immediately active on the music scene. Weill clearly believed in a social function of art, as his musical language became increasingly direct in every respect. He became one of the artists that sought to transform the Broadway musical theater from a formula of ridiculous plots and unrelated songs into something earnest and original. “I have never acknowledged,” once Weill told a reporter, “the difference between serious music and light music. There is only good music and bad music.” 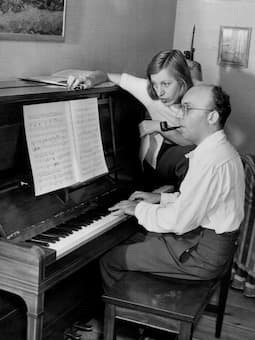 Weill also became “a voice for immigrants and the German-Jewish people that were trapped in Europe and still in need of assistance. Weill wrote often to government officials and the public to speak on behalf of his people so that they could lead safe lives in the United States.” Despite actively contributing to the war effort, Weill still faced discrimination and did not have the full respect that was given to other composers who were not refugees. His extreme pro-American stance and devotion—he was greatly in favor of cultural assimilation—to writing solely propaganda music during the war speaks to the length’s refuges had to go to fit in. Weill gained American citizenship in 1943. 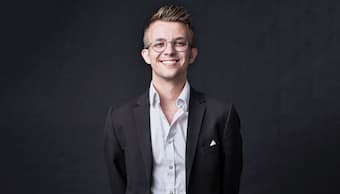 The 1951 UN Refugee Convention defines a refugee as someone who has been forced to flee their country because of persecution, war, or violence. It is estimated that currently almost 100 million persons are displaced, and given the situation in Ukraine, this number will undoubtedly rise sharply. When Sebastian Agignoae finally learned about his father’s escape from Romania at the height of the communist regime, he founded the International Orchestra of Refugees, “where we empower displaced musicians to become musical ambassadors of peace, through orchestral opportunities and collaborative community.” 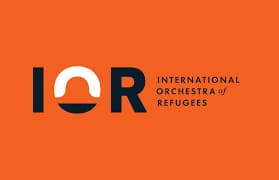 Agignoae explains that this unique orchestral body “is designed to create residences for musician who have been forcibly displaced from their homes. Its mission is to drastically improve refugee resettlement by using music, and to create awareness for the rights of refugees for a healthy existence, a life of dignity, independence, self-reliance, and meaningful work.” Before launching the International Orchestra of Refugees, Agignoae visited refugee communities and organizations, and he found several refugee musicians trying to make a name for themselves. As Agignoae explains, “our objective is not to help refugees survive from day to day, but to empower them to reclaim their lives through the dignity of real, valuable, honest to goodness work.” 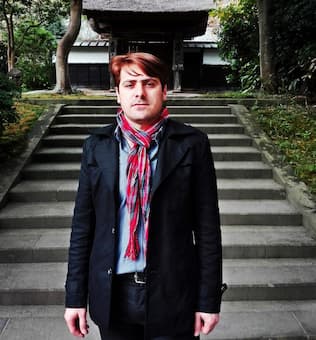 Among the discoveries of the International Orchestra of Refugees is the composer Arian, formerly known as Moutaz Arian. Born in the Kasakah Province of Northern Syria, he is a Kurdish composer currently living in Beijing, China. Arian was forced to flee from Syria because of the war, but he brought his deep historical cultural roots first to northern Iraq, and then to Istanbul. For Arian, “music is the best language to deliver my message to humanity, which is to love each other, and this language does not require a translation.” In 2016, Arian was asked to compose the Refugee Anthem by the Refugee Nation, a proposal to create a new nation to voluntarily resettle the world’s refugee population. The artist Yara Said, a Syrian refugee who found asylum in Amsterdam, designed the flag of the Refugee Nation. She explains her inspiration as “black and orange is a symbol of solidarity with all these brave souls that had to wear life vests to cross the sea to look for safety in a new country.” The 2016 Refugee Team of the Summer Olympic Games in Rio proudly carried that flag to the strains of Arian’s Refugee Anthem. Since the refugee crisis is a global problem, his anthem is un-texted and unfolds instrumentally. 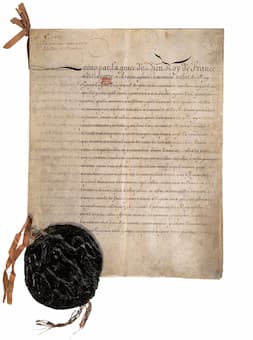 Revocation of Edict of Nantes

Refugee crises are not endemic to modern times, but have occupied humanity ever since. The “Edict of Fontainebleau” issued by French King Louis XIV on 22 October 1685 is also known as the “Revocation of Edict of Nantes” of 1598. That particular document had granted Huguenots, the Calvinist Protestants of France, the right to practice their religion without state persecution. With the “Edict of Fontainebleau” Louis XIV now ordered the destruction of Huguenot churches as well as the closing of Protestant schools. “This edit made official a policy of persecution and officially intimidated Huguenots into converting to Catholicism.” Within two years, this edict created between 210,000 and 900,000 refugees. In response to the “Edict of Fontainebleau,” Frederick the Great of Prussia issued a proclamation called the “Edict of Potsdam.” Frederick believed that “religious persecution weakened a state and paralyzed trade and intercourse,” and he offered refuge for French Protestants but also to the persecuted of Russia, the Netherlands, and Bohemia.”

The novelist Theodor Fontane, descended from French religious refugees who had relocated to Brandenburg-Prussia wrote a lengthy “Prologue” to commemorate the two hundredth anniversary.

A shelter found, freedom of religious belief,
And refuge from oppression of the conscience.
A courageous prince, free and devout,
Received us here, as he prince of the country
Received us as his own people. No envy was awakened,
No jealousy, – People opened their doors
And welcomed us as Brothers in Christ… 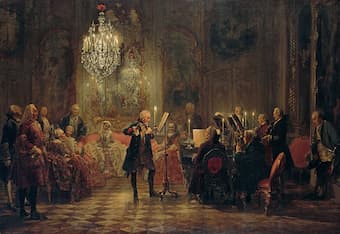 Frederick’s Court became a center of Art and of music, greatly enriched by refugees from various places in Europe. He personally employed about forty outstanding instrumentalists and eight solo singers, among them Johann Joachim Quantz, the king’s flute teacher and solo flutist; Carl Philipp Emanuel Bach, harpsichordist; Franz Benda, a Bohemian violinist and concertmaster of the court orchestra, the court Kapellmeister Carl Heinrich Graun, and the bass player Johann Gottlieb Janitsch. The enlightened atmosphere at Frederick’s Sans-souci castle in Potsdam created an environment of musical globalism—despite the rather conservative compositional tendencies of the King—and featured compositions blending “Italian music of the senses with French music of reason.”

The United Nations High Commissioner for Refugees says “ten million people have now fled their homes in Ukraine because of the Russian invasion.” Roughly 3.6 million have left for neighboring countries, and another estimated 6.5 people are thought to be displaced inside the war-torn country itself. Among the refugees are dozens of young musicians who play with the Youth Symphony Orchestra of Ukraine. Violinist Myroslava Sherbina says her instrument was the only thing she took as she fled Ukraine, along with the clothes she wore. The instrument has remained silent since the start of Russia’s invasion of her country. ”I didn’t want to play so I could hear the sirens and we could go to the bomb shelter,” says the 20-year-old. “I want to feel safe so I can practice, and not think that a bomb can fall and ruin my house.” A Slovenian volunteer who welcomed the young musicians in a Hungarian train station counted “a group of about 90 people. Not all of them are members of the orchestra, but they are young people playing music.” Yet sadly, 30 of their orchestral colleagues are still unaccounted for. The musician refugees are heading for a kind of music camp near Ljubljana in Slovenia called “Music for Future.” 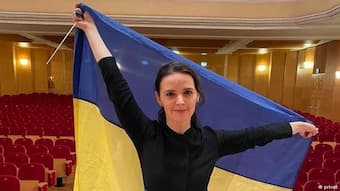 Actually, it was the Ukrainian conductor Oksana Lyniv who founded the Youth Symphony Orchestra of Ukraine during her tenure as associate chief conductor of the Odessa National Opera. A native of Brody—then part of the Ukrainian SSR—Lyniv comes from a family of musicians, as she is the granddaughter and daughter of a choral conductor. She studied at the music academy in Lviv, and during her studies she became an assistant conductor at Lviv Opera to Myron Yusypovych. Lyniv was a prizewinner at the Gustav Mahler competition of the Bamberg Symphony Orchestra, and subsequent appointments included the Bamberg Symphony Orchestra, the Bavarian State Opera, and the chief conductorship of the Graz Opera and Graz Phiharmonic Orchestra. In 2021 she became the first female to conduct at the Bayreuth Festival.

Taking about the present situation in her homeland Lyniv writes, “What is so awful is that schools and music schools are also being destroyed in this war, leaving the young generation with no prospects. That is why it is so important for me to support at least some young artists, to create conditions so that they won’t stop making music. We plan to invite members of leading European orchestras to Ljubljana so they can teach young Ukrainian musicians. For this generation, music is often the last thread that connects them with our homeland.” Lyniv is internationally recognized as a leading culture representative of her homeland. And while she is expressing her feelings of helplessness, Lyniv is also determined to do whatever she can to oppose the war and improve the situation for Ukrainians. In my personal opinion, Oksana Lyniv and the initiative created by the Beethoven-Haus in Bonn deserve full support.

Oksana Lyniv and the Youth Symphony Orchestra of Ukraine