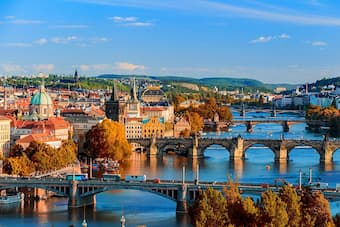 The conductor Adolf Čech (1841-1903) premiered a number of significant works by Antonín Dvořák, Zdeněk Fibich, and Bedřich Smetana. Such was the case on 4 April 1875, when he took the podium with the Orchestra of the Prague Provisional Theatre in a musical depiction of Bohemia’s longest river. Smetana tone poem Vltava (The Moldau), perhaps the most famous river journey ever sounded in music, was rapturously received by audiences and critics alike. 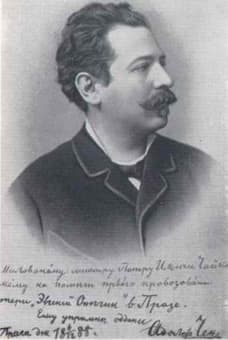 Smetana had actually composed the work after losing his hearing completely. He had noticed substantial hearing loss in 1874, and he informed the Provisional Theatre’s management of his situation. “It was in July… that I noticed that in one of my ears the notes in the higher octaves were pitched differently than in the other and that at times I had a tingling feeling in my ears and heard a noise as though I was standing by a mighty waterfall. My condition changed continuously up to the end of July when it became a permanent state of affairs and it was accompanied by spells of giddiness so that I staggered to and fro and could walk straight only with the greatest concentration.” And while he could no longer perform music, he certainly could still write. Almost immediately “he plunged into composing the first two movements of his Má Vlast (My Country) cycle.” 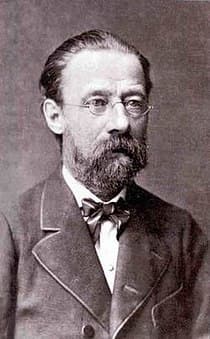 Like many educated Bohemians, Smetana spoke German rather than Czech, and his musical education and orientation were entirely Germanic. Yet, he was profoundly sympathetic to the patriotic yearnings of his fellow people. Political stirrings of national identity and pride ignited a great awakening across Europe in 1848. Urging an end to Habsburg absolutist rule, Smetana openly participated in this revolution, and he was barely able to escape arrest. Unable to establish a career in Prague, Smetana left for exile in Sweden. Once he was able to return, he devoted himself to a musical career in Prague that would honour his homeland. Stirred by the rhythms and melodies of Czech folk music, he created a new and unique poetic language. Smetana enthusiastically envisioned operas and symphonic works based on themes from Czech history and mythology, and he proudly proclaimed, “I am Czech in body and soul.” The establishment of the Provisional Theatre in 1863 celebrated the autonomy of a unique Czech nation, and it exclusively promoted Czech music, specifically Czech nationalist opera. 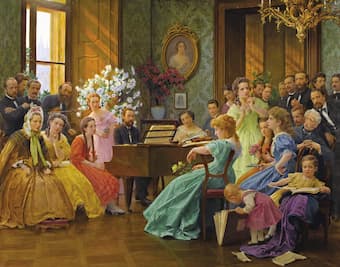 Smetana’s comic opera The Bartered Bride is the intimate realisation of the composer’s artistic vision. Set in a country village with realistic characters, the spirited heroine has to use all her determination, charm and cunning to marry the man she loves. It is a joyous celebration of Czech culture and identity, and the distinct rhythmic inflections of the Czech language and of Czech folk dances combine irresistibly. Smetana said he was trying to give the music “a popular character, because the plot was taken from village life and demanded a national treatment.” 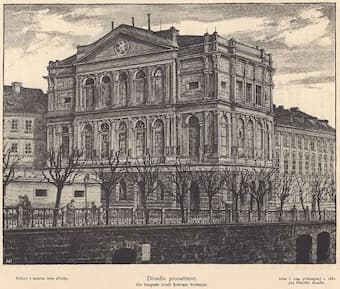 In so doing, he rhythmically referenced the characteristic folk dances of Bohemia—the polka, the skočná and the furiant. Smetana provides only occasional glimpses of authentic Czech folk melodies, and the habitual emphasis on the authenticity of the setting and costumes in productions is primarily a matter of staging. Nevertheless, Smetana “clearly felt the pulse of peasantry” and the simplicity of the music not only connected to a broad folk base, but also proved highly inspirational to the emerging independence movement. 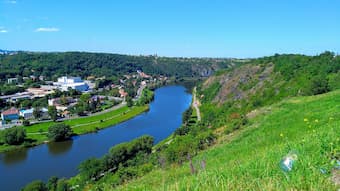 The subject of turning the Vltava River into a tone poem first occurred to Smetana in August 1867. Traveling with his musical friend Mořic Anger to the western edge of Bohemia, near its border with Germany, Anger recalled. “Great and unforgettable was the impression made on Smetana by our outing to Čenek’s sawmill in Hirschenstein, where the Křemelná joins the River Vydra. It was there that the first ideas for his majestic symphonic poem Vltava were born and took shape. Here he heard the gentle, poetic song of the two streams. He stood there, deep in thought. He sat down and stayed there, motionless as though in a trance. Smetana looked around at the enchantingly lovely countryside, at the confluence of the streams, he followed the Otava, accompanying it in spirit to the spot where it joins the Vltava, and within him sounded the first chords of the two motives which intertwine and increase and later grow and swell into a mighty melodic stream.” Smetana’s river journey was well received across the political spectrum. For the feared critic Eduard Hanslick, “Smetana was at bottom a German composer; for the radical German nationalist critics, the composer’s Czech nationalism was seen as a salutary model for properly German national composers to emulate.”