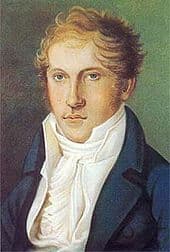 Louis Spohr (1784-1859), actually born Ludewig Spohr in Braunschweig on 5 April 1784, was the greatest violinist of his generation and a prolific composer. He wrote roughly 300 much admired compositions in a variety of genres, but is probably most famous for his eighteen violin concertos and his treatise on violin playing that became a standard work of instruction. 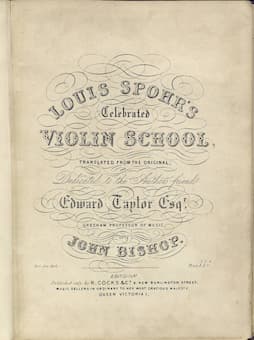 Spohr was born into a cultured upper middle-class family. His father Carl Heinrich Spohr was a medical doctor and medical councilor, and his mother Ernestine Henke was the daughter of a Clergyman. As Spohr reports, “my parents were musical: my father played the flute, and my mother, who had studied with the conductor Schwaneberger, played on the piano with great ability, and sang the Italian bravuras of that time.” Spohr showed early aptitude for music, and at the age of four he was singing duets with his mother at musical gatherings. His father bought him a violin at an early age, and he took first lessons with the local teacher Riemenschneider. Spohr progressed rapidly, and he was soon playing trios by Kalkbrenner at family musical gatherings. 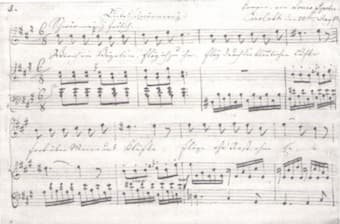 In 1791 a French emigrant by the name of Dufour settled in the area, and although he was an amateur, he was an accomplished violinist and violoncellist. Spohr writes, “I gave my parents no rest until I had lessons from him. Dufour, astonished at my rapid progress was the first to persuade my parents to devote me entirely to music.” Spohr’s father had always wanted Louis to study medicine, but soon agreed to his son’s musical career. During his time of study with Dufour, Spohr already tried his hands at composition. “I’ve not yet had instruction in harmony, but I wrote duets for two violins, and I executed them with my teacher at our musical soirées; astonishing my parents with them in the highest degree. To this day, I recollect the proud feeling of being already able to appear before the friends of the house as a composer… The duets, which my father has carefully preserved, are indeed incorrect and childish, but possess a certain form and a flowing melody.” 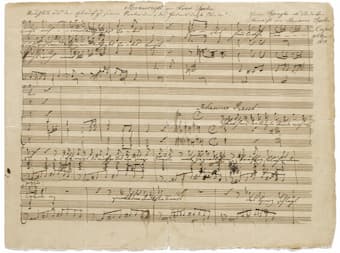 Having shown considerable talent in composition, Spohr was sent to the city of Brunswick to receive advanced lessons on the violin and in theory. “I commenced my musical and other studies with eagerness,” he writes. “I received instruction on the Violin from Kammermusicus Kunisch, a well-grounded and amiable teacher, to whom I owe much. Less friendly was my instructor in harmony and counterpoint, an old organist, named Hartung… He corrected me so mercilessly, and scratched out so many ideas which to me appeared sublime.” Spohr soon started to work through theoretical treatises on his own, and he quickly appeared publically in Brunswick with a composition for the violin. “At one of these concerts I thus appeared for the first time in my native town, and achieved so much success that I was invited to assist at the Subscription concerts, and received the usual remuneration. This first payment which I earned as an artist made me very happy, nor have I forgotten the proud feeling with which I announced it to my parents.” 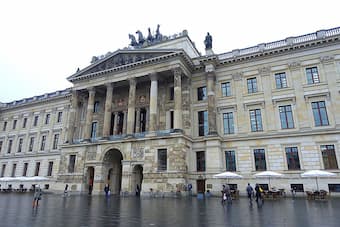 Following his successful public appearances, Spohr began to take lessons with concertmaster Moucourt, the best violinist of the Brunswick orchestra. With Maucourt’s instruction, “I progressed more and more toward becoming an excellent solo player. And after about a year, he considered me to have made progress enough to enable me to try my luck in the world as a travelling “Artiste.” He determined therefore to send me first to Hamburg, where he had acquaintances to whom he could give me letters of recommendation.” However, Spohr was in for a rude awaking once he arrived in Hamburg. He was told in no uncertain terms that it would be impossible to arrange a concert during the summer, as all the rich people were on holiday. His hopes dashed and out of money Spohr walked back all the way to Brunswick. Unwilling to return to his parental home in shame, Spohr decided to ask the Duke of Brunswick for a scholarship to continue his studies. Spohr was invited to the palace the next day and the stage was set for his participation in a Court concert, which took place once a week. Spohr writes, “I played with real inspiration; and must have surpassed the expectations of the Duke, for he, even while I was playing, cried repeatedly “bravo.” After I had finished, he came to me, patted me on the shoulder, and said, “The talent is there; I will take care of you. Come to me tomorrow.” The very next day, 15-year old Spohr was engaged as a chamber musician.”