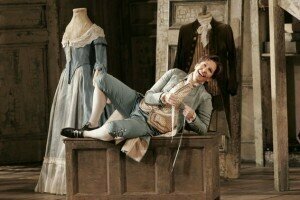 We’ve all been to the opera when they cast young men with unchanged voices in operatic roles and, well, they may not just have, let’s say, the vocal maturity to carry this off. Time for the women to take charge!

In some cases, the vocal problem comes from changing audience taste. Beginning with the very first operas, including Monteverdi’s Orfeo of 1607, male singers with unchanged voice, i.e., castratos, had roles, including, it is thought, that of Orfeo’s beloved, Euridice. By the late 17th century, and for another century, the male lead was a high-voiced male. If there wasn’t a role for a castrato, the opera was probably going to be a failure.

But, in the modern world, castratos singers are non-existent and we still want to hear these operas. With the new found popularity of Handel’s operas, and the fact that most of the lead male roles were for castratos, we’re faced with two choices: write the music down in pitch so that a tenor can sing it, or cast a woman in the role. In both cases, we’re changing what the composer has given to us.

Now the question of difference between a castrato singing and a woman singing the same role is interesting: in one case, we have a defunct voice type sung with all the strength of a man’s voice, but which is as high in pitch as a soprano. On the other, we have a woman singing at pitch, but without the male strength behind it. The two were never equal. And, even today, the male high-voice singers such as countertenors do not match the sound world of the castrati. The combination of male strength and unchanged voice isn’t matched by male strength and falsetto voice today. In addition, the vocal range of a countertenor is that of a mezzo-soprano or contralto, not a soprano. 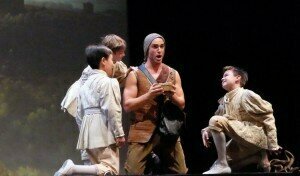 When you look at an opera such as Handel’s Serse, the five top roles were for high voice: Serse (Xerxes), King of Persia, was sung by a soprano castrato; Arsamene, Serse’s brother, was sung by a soprano; Amastre, Serse’s cast-off fiancée, was a contralto, Romilda, beloved of Serse, was a soprano; and Atalanta, Romilda’s sister, was a soprano. Modern stagings give us a couple of variations. Those who like their men played by men, do so, and those who keep the voice types to Handel’s do so.

Carrying the situation forward, we have roles that are boy characters but which are always sung by women. In Mozart’s The Marriage of Figaro, the servant Cherubino, who attempts through the opera to learn about women and who is eventually packed off to the army, is played by a soprano. In Act I, Cherubino is a boy played by a woman. In Act II, Cherubino dresses up like a girl thus giving us a boy playing a girl, played by a woman.

In Richard Strauss’ Der Rosenkavalier, The Marschallin’s young lover, Octavian, is a role for a mezzo-soprano. Strauss cast a woman in the role because he felt that a tenor voice would sound wrong for the part. In this production, Anne Sofie von Otter plays the young Octavian and Felicity Lott the Marschallin (start at 05:41). 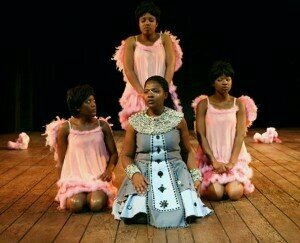 One popular opera that often has voice substitutions is Mozart’s Die Zauberflöte. The Three Spirits who guide our heroes and heroines through their travails were, in the original production, sung by a 24-year-old woman and two men, specified as treble, alto, and mezzo-soprano. Now, young boys or women may be cast. When young boys are cast, there’s often a problem with the thinness of their voices and their relative inexperience as singers. Even if they are good singers, their voice quality remains thin.

In the second act, Pamina, fearing that Tamino’s silence means he has cast her off, contemplates suicide, but the three spirits dissuade her.

In this performance, the Three Spirits are played by young boys, with their attendant thin voices (at 2:15:32)

Here we hear how the stronger women’s voices put the music across better.

The decisions made by the composer can be changed by the decisions made in casting, and for us, the audience, the result may be quite different than intended. As a listener, you need to make your own decision about what you want to hear when you’re confronted with this situation: a lost voice or a better substitution.