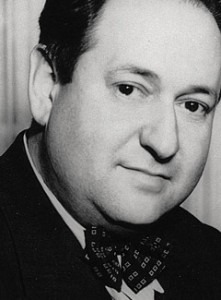 Erich Korngold (1897-1957) was a modern composer with a Romantic touch. He is considered, along with Max Steiner (Gone with the Wind) and Alfred Newman (Wuthering Heights / How the West was Won) as one of the “godfathers of film music.” Korngold came from a musical family in Brno, at that time part of the Austro-Hungarian Empire. He was a child prodigy and Mahler encouraged him to study with Alexander Zemlinsky, who had also been Schoenberg’s teacher. Korngold wrote his first orchestral score at age 14, and completed his first opera, Die tote Stadt, in 1920, when he was only 23. It was an international success. He was asked to come to Hollywood in 1934 to adapt Mendelsohn’s incidental music for A Midsummer Night’s Dream for the film of the same name. The film was groundbreaking for its time, with the greatest film stars of the day in the Shakespearean comedy: Olivia de Havilland, Dick Powell, and a very young Mickey Rooney as Puck.

Starting in 1935, Korngold virtually created the field of film music, treating each film as an opera without singing and giving each character an individual leitmotif. The scores are very romantic and have rich melodies that intended to be memorable. After WWII, Korngold turned away from film music and turned towards concert music. Unfortunately, his old-fashioned style was not in keeping with modern musical taste and he fell out of style. Now, however, he’s recognized as a highly original and gifted composer. 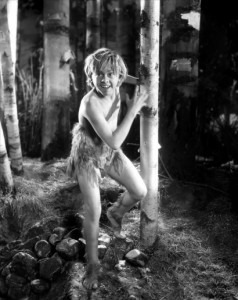 Mickey Rooney as Puck in A Midsummer Night’s Dream

One of Korngold’s first serious works was the Violin Concerto. It was composed in 1945 and was dedicated to Alma Mahler, the widow of Gustav Mahler, who had done so much to encourage him as a child prodigy. It was first performed in1947, with Jascha Heifetz as soloist. Korngold himself said about Heifetz’ performance:

In spite of the demand for virtuosity in the finale, the work with its many melodic and lyric episodes was contemplated for a Caruso than for a Paganini. It is needless to say how delighted I am to have my concerto performed by Caruso and Paganini in one person: Jascha Heifetz.

Concertos should begin with the orchestra. But, we begin here with the violin – and the solo that opens the concerto is a theme from the Evening Scene in Another Dawn, a film score from 1937.

In 5 notes, the violin covers 2 octaves – a very exposed start. The second theme, more expansive and lyrical, comes from another film, Juarez, from 1939. It is from these two elements that Korngold fashions his filmic-concerto. 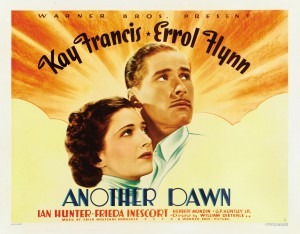 The second movement begins with the main theme – this time from the movie Anthony Adverse from 1935. We have a complete change of mood from the rush and bother of the first movement and we can see the other side of Korngold: the lush Romantic.

In listening to the original and then how it was transformed in the violin concerto, we can hear how a fairly overemotional film line can be turned, with tenderness, into a much more romantic theme.

The last movement returns us to a fast tempo. Last movements are traditionally the place where the greatest stress is placed in the soloist. You can think of the first part as a kind of staccato jig that builds and builds until we get the second theme which is based on the main motif from The Prince and the Pauper (1937). The demands on the soloist increase and increase – double stops, extreme ranges, speeds – until we have a truly virtuosic ending.

The Prince and the Pauper: Main Title

When you first heard the themes in the movies, you never thought about how they could be transformed into pieces of such a high and delicate art. And, at the same time, Korngold gave us violin music that broke new ground in terms of themes and emotions: by bringing the screen to the stage, he opened the world of classical music to far broader possibilities. He may not have been appreciated at his time, but we can see more clearly now what he was doing.