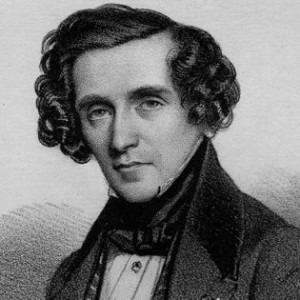 The fictional HBO series Game of Thrones, already in its fourth season and slated to run for at least another 2 years has once again garnered a number of impressive awards and accolades. Loosely based on the novel A Song of Ice and Fire by George R. R. Martin, viewers are immersed into a fantasy world of endless struggles for power and status. Strategic alliances and dynastic marriages, including a ruthless queen impregnated by her own brother are an important part of the story line. Surprisingly, that part is not as fictional or fantastic as it appears. Throughout Western history, dynastic and inter-family marriages were an important part of foreign and domestic policy. Frequently resulting in changes of position or international stability, not to mention the passing on of hereditary traits and diseases, such unions were rarely motivated by considerations of affection or happiness.

Following the Reformation, the most important factor in dynastic marriages was the matter of confession. Inter-confessional marriages within the higher nobility were nearly impossible. In the few rare cases in which such a cross-confessional marriage was affected, public opinion expected if not demanded the conversion of the bride. As each dynastic marriage represented in investment in the future, the most important factor regulating such union was exclusivity or parity. Members of a ruling house usually did not marry minor nobles. Such bad matches had the potential for a considerable reduction in social prestige and the squandering of social capital. During the tumultuous and rebellious times of the 19th century, various European dynasties sought new strategies of maintaining their dominance within the increasingly bourgeois societies. Yet bourgeois society itself, in the face of aggressive nation building, imitated aristocratic mannerism when it came to marriage.

This was particularly true amongst the Jewish avant-garde in Germany. For one, Jews faced pressures to convert to Christianity as a way of achieving civic emancipation. Such transformations, generally accomplished through adult baptism, had the potential to seriously complicate relationships within families and between friends. Take for example Lea Salomon Mendelssohn and her husband Abraham, son of the great Jewish intellectual and public figure Moses Mendelssohn. When Moses died he left behind a widow and six children; four would leave Judaism to become Catholics and Protestants, respectively. Abraham and Lea’s conversion became a headline story because their son Felix and their daughter Fanny were highly talented and visible pianists and composer. In the end, going against Lea’s mother Bella’s outrage, Abraham decided to baptize his children in 1822. Abraham vaguely wrote to his daughter, “We have educated you and your brothers and sisters in the Christian faith because it is the creed of most civilized people today.” And he quarreled with Felix about his continued use of the family name Mendelssohn, “A Christian Mendelssohn is an impossibility. The name Mendelssohn would always stand for a Judaism in transition.”

Lea Mendelssohn and Amalie Beer had become joined by the marriage of Abraham’s niece Betty to Heinrich Beer. While Lea had reluctantly agreed to the baptism of her children, Amalie was determined that her son Giacomo Meyerbeer would retain his Jewish identity. But Giacomo had other problems as well. He was already 33 and living in Italy, and “His nervous afflictions, real and imagined,” multiplied as the years passed. He kept in close touch with his family in Berlin, and reported all manners of “nervous exhaustion, stomach ailments, digestive problems, headaches, and painful skin rashes.” His parents turned a blind eye to various short-lived romantic episodes, but when it came time to marry, the wife would have to be appropriate to their elevated position. So Amalia went to considerable effort to find the right mate for her son, and when a match with an Ephraim descendant did not come to pass, she selected Giacomo’s first cousin, Minna Mosson. Minna was the daughter of Joseph Moses who subsequently changed his name to Mosson, and Johanna Liebmann Meyer Wulf, the younger sister of Amalia Beer. And so it came to pass that Giacomo married Minna on 25 May 1826. Game of Thrones would tell you that such arranged inter-family marriages were automatically doomed to failure; I’ll tell you next time how Giacomo and Minna got along.