Creativity never ends! Our predecessors contributed a lot of fantastic musical compositions using what have become known as “standard” orchestral instruments. Our contemporary composers continue to build on this tradition. However, “folk” and “classical” music has become more blended in today’s world, and the modern orchestra reflects this with the increasing inclusion of compositions using folk instruments. Below are some hidden gems of the repertoire that have featured folk instruments. You might be amazed at how creative our contemporary composers are in exploring this new spectrum of sound. 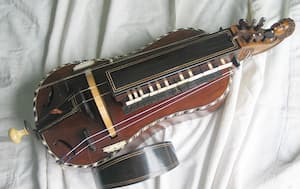 The Hurdy-gurdy was a string instrument very popular during the Renaissance period. Originated from either Europe or the Middle East, the earliest reference dates back to the 10th century. Even though it is a string instrument, hurdy-gurdy does not use a bow to produce sound. Instead, it has a wooden wheel, and sound is produced by turning the wheel. Furthermore, this pear-shaped string instrument produces a mechanical, buzzing sound instead of what you usually hear from other string instruments! 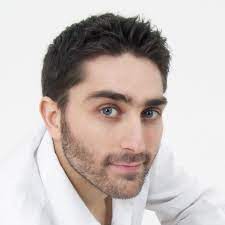 Luca Turchet is an Italian composer, musician, sound engineer, and scholar interested in bringing new technology to the dated instrument. The Integrated Consciousness, composed in 2015, consists of five movements. It is written for a hyper-hurdy-gurdy and chamber orchestra with live electronics. The hyper-hurdy-gurdy uses sensor technology developed by the composer. 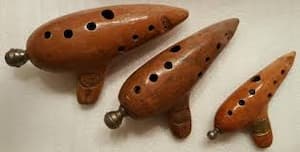 You might have seen ocarina in a gift shop or a toy store. A type of vessel flute, the history of ocarina can be traced back to over 12000 years and found in both Chinese and Mesoamerican cultures. Nowadays, ocarinas have different sizes and shapes. They are arranged into different registers and keys.

Visions and Fantasies is the first concerto written for ocarina and orchestra. Composed by Kristopher Maloy and commissioned by the St. Louis School of Music, this piece was premiered in 2010. According to the composer’s program note, this five-movement work features ideas from both ancient East and West: the Italian Saltarello in the 18th century, the Mayan or Aztec music through the use of pentatonic scale and imitation of the sounds of nature, and the Asian music by using a known Japanese scale. 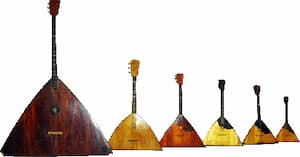 Balalaika is a traditional Russian instrument. It belongs to the lute family, and it consists of only three strings. Its triangular wooden and shallow bowl resonator is sometimes decorated with beautiful hand paintings. Evolved from the Asian dömbra, it was a popular instrument among lower- and middle- classes in Russia during the 18th century. Since the 19th century, balalaika has been developed into different ranges and sizes for ensemble performance.

Sergei Nikiforovich Vasilenko (1872-1956) was a Russian composer. He taught at the Moscow Conservatory, whose students included Aram Khachaturian, Nikolai Roslavets, Nikolai Rakov, and Aarre Merikanto. This three-movement work shows its Russian features by using balalaika and the famous Russian folk tunes where they could be heard briefly in the first and the second movements. 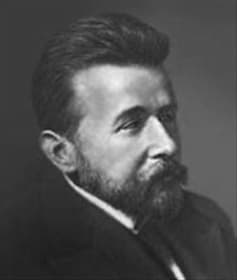 Alexander Gretchaninov (1864-1956) was a Russian composer whose teachers included Anton Arensky and Nicolai Rimsky-Korsakov. It was written for balalaika and piano in 1948 when Gretchaninov resided in the United States after the Russian Revolution. 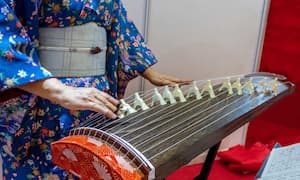 Koto is a Japanese national plucked string instrument. Developed from Chinese guzheng, which was introduced to Japan as early as in the 7th century, the most common type of koto consists of thirteen strings and is played by three fingerpicks.

Genji was composed in 2011 by American composer Daron Hagen. Commissioned by Kyo-Shin-An Arts as a string quartet, Genji was also arranged to a small orchestra and large orchestra. Hagen has successfully drawn our attention to the interaction of koto with the western ensemble through this five-section work. 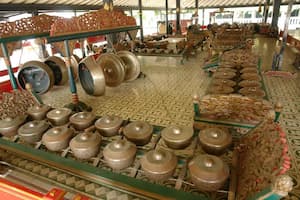 Gamelan refers to traditional Indonesian ensemble music, which is made up predominantly of percussive instruments. Traditionally, gamelan is played in many ritual settings and formal ceremonies such as royal weddings and funerals.

Ursula Caporali is an Italian-born composer and pianist. According to the composer, Shabtis can refer to the “Musical game.” Inspired by the ancient Egyptian story and its earliest board game (known as the Senet), Caporali uses gamelan to create a ritualistic function along with the orchestral “game path.” In addition to gamelan, the composer also uses a rattle-like sistrum, percussive pallets, a modern harp, and a special piano pedal to create ritual and sonic effects. 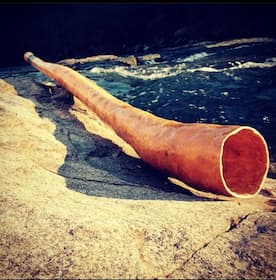 Digeridoo is an Australian indigenous wind instrument that has existed for over 1000 years. Traditionally, the didgeridoo was used to accompany ceremonial dancing and singing.
Most didgeridoos are around 4 feet long, but the longest didgeridoo is around 10 feet long! 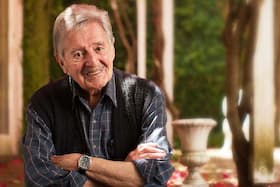 Peter Sculthorpe (1929-2014) was an Australian composer and many of his compositions portray the Australian landscape and culture. Earth Cry was commissioned by the Australian Broadcasting Company in 1986. This work, written for didgeridoo and orchestra, has four parts comprised of joyous ritualistic and slow atmospheric music.

Folk instruments are significant to the human history and cultures of different geographical locations in the world. While folk instruments have their cultural features, functions, and values, bringing them into the concert stage is one way to preserve their importance and let more people find these hidden gems. The addition of folk instruments to the list of “standard” concert instruments expands the world of expression, allowing composers to reflect the world they live in more fully. This helps audiences find more relevance in the music we experience in the concert hall.