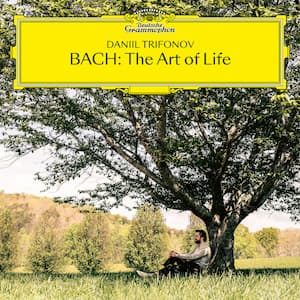 Daniil Trifonov’s fame in the classical music scene has been skyrocketing in recent years, and to many piano music lovers, his name needs no introduction. But Bach isn’t a composer that one normally associates Trifonov with, who is more known for his impassioned playing of the Romantic repertoire.

Centred around J.S. Bach’s monumental The Art of Fugue, the album also contains a carefully selected mixture of rarely heard gems and some lively miniatures by the Bach family. The concept behind the programming is coincidentally similar to that of Víkingur Ólafsson’s recently issued disc (“Mozart & Contemporaries”). As the liner notes mentioned, Trifonov said Bach’s works conveyed “some of humanity’s most emotionally rich and fascinatingly sophisticated expressions in music” – this certainly sets a high bar for the album. 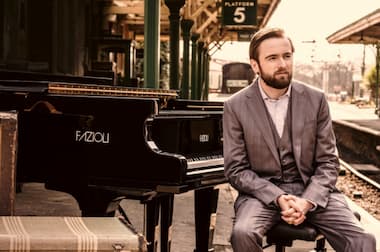 Before reaching the core of the album, we have a pleasant assortment of works by J.S. Bach himself and his sons, which showcases Trifonov’s nimble fingers, filigree and variety in articulation. C.P.E. Bach’s quirky Rondo in C minor had much virtuosity and effective creation of drama and suspense, while J.C.F. Bach’s Allegretto con variazioni was a delightfully played set of variations on the well-known Ah, vous dirai-je, maman theme. However, the opening work, J.C. Bach’s Sonata No.5 in A major, was less convincing with its slightly fragmented phrasing and contrived rubato, despite its captivating tone.

It is followed by selected works from J.S. Bach’s Notebook for Anna Magdalena Bach. Among all, it was particularly refreshing to listen to Trifonov’s account of Musette in D major and two Minuets in G major, which almost all beginners would have learnt, benefitted by his refined touch and rich tone. On the other hand, Bist du bei mir (in fact composed by Gottfried Heinrich Stölzel) was such a beautifully “sung” aria – tender, humanistic and deeply moving! 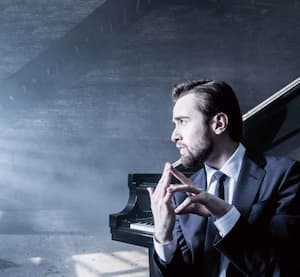 Here, we finally come to one of the most enigmatic oeuvres by J.S. Bach, The Art of Fugue (Die Kunst der Fuge), which also signified the zenith of J.S. Bach’s artistic life. The formal rigidity and emotional profundity of the work create a huge interpretive challenge. Trifonov provided an elaborate, at times florid verbal account of his understanding of this masterpiece, even drawing parallels to scientific phenomena like quantum entanglement, matter and anti-matter and gravitational time-bending. No matter what, what he expressed through the music is more important than his words. His playing, in my humble opinion, partly succeeded in exuding the spiritual depth as proclaimed in the liner notes.

Trifonov’s interpretive approach was unconventional, as expected. For instance, Contrapunctus IV was executed at an unusually fast tempo, coupled with some peculiar emphasis that is seldom heard, whereas he added notes inégales and an extra octave to the bass to (presumably) imitate organ sound in Contrapunctus VI. He also decided to offer his own completion of the unfinished Contrapunctus XIV.

Instead of giving equal emphasis on every voice, the pianist opted for emphasising the theme, while the counterpoint was not always clearly heard amid contrapuntal complexity. One might prefer more characterisation of individual voices and more dialogue between each other. The faster fugues sometimes lacked a sense of steady pulse, while the Canons, in general, possessed greater clarity and authority.

The final work, Bach/Hess “Jesu, Joy of Man’s Desiring”, provided a contemplative and reflective ending appropriate to the album after venturing into the polyphonic world. This echoes with the title of the album because, in life, the ultimate sophistication is simplicity.

This album is released by Deutsche Grammophon on 8 October.